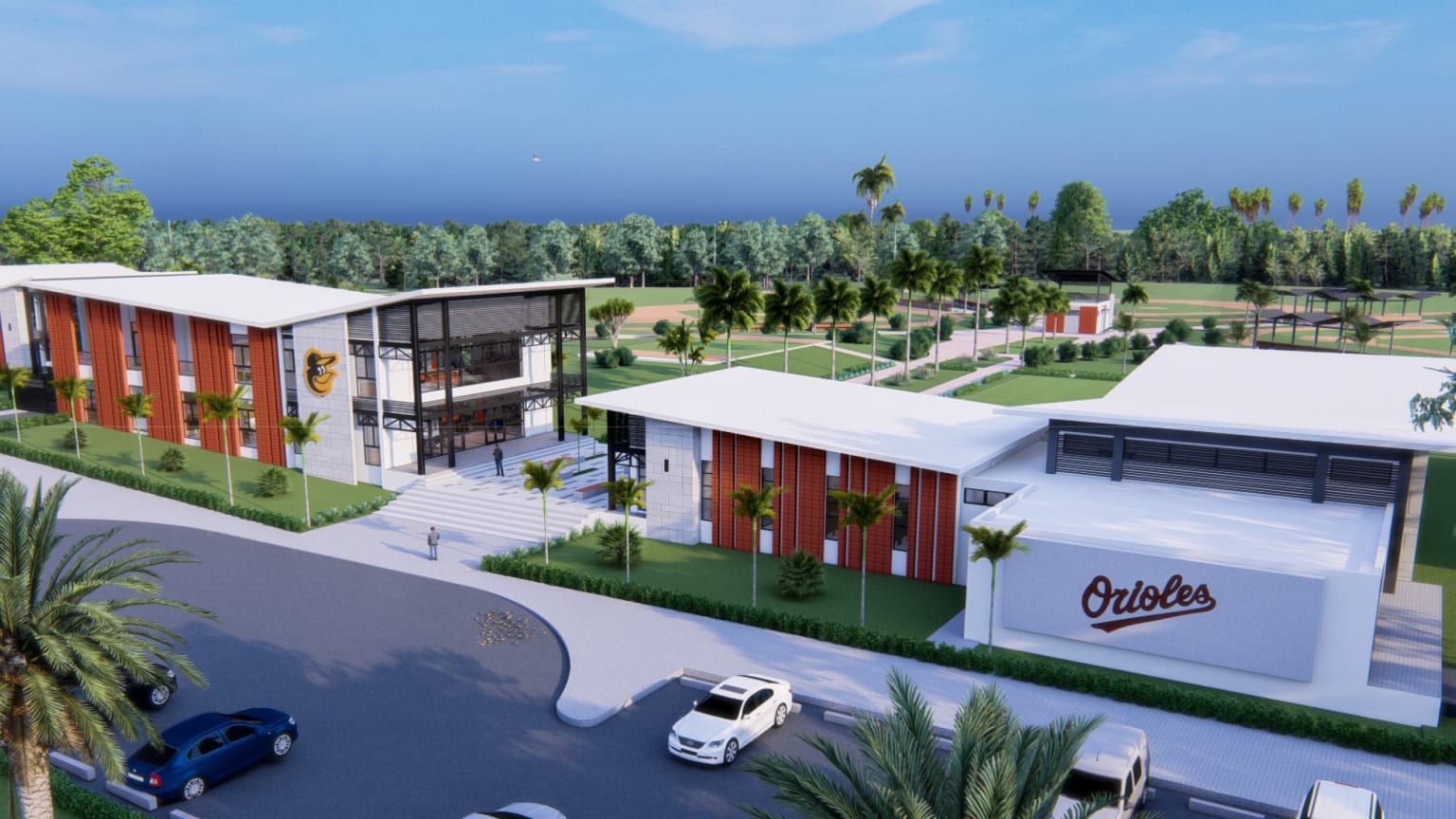 When the Orioles began their rebuild in 2018, one of the primary aims was to increase their presence in the Dominican Republic.

After Mike Elias arrived as executive vice president/general manager in November 2018, he brought along Koby Perez to head up the club’s international scouting. After two signing classes full of teenage Dominican and Venezuelan prospects, the Orioles took another step on Tuesday when they announced plans to build a new Dominican training academy in Guerra, about a half-hour from the nation’s capital in Santo Domingo.

The academy, which is 22.5 acres, will house the Orioles’ Dominican player development operations. There will be three full fields, an agility turf field, batting and pitching tunnels, administrative buildings, dormitories and educational facilities.

“This is a long time coming, and a major milestone in this organization’s commitment to a full and aggressive and correct approach to acquiring and developing international talent,” Elias said. “A big part of our strategy going forward. It’s a big part of being successful in major league baseball today.”

The facility, which the Orioles say will “begin construction in the following months,” is expected to take 12-to-16 months to complete. It will replace the current Orioles’ Dominican facility in Boca Chica. Elias said he began planning this facility early in his tenure.

“Since I’ve been here, updating the infrastructure of this organization has been priority number one. Internationally, in particular,” Elias said. “For me, and our front office, this is a huge milestone knowing that this is a big checklist item for us.”

The complex will house more than 100 players, coaches and staff. It’s near the academies of other teams so that games between organizations can be arranged. Elias said the Cleveland Indians have a new complex nearby.

“The threshold for these across the league have risen,” Elias said. “As have other demands in player development in terms of space and technology and living quarters.”

Elias declined to specify how much the project will cost. He said it has been delayed by the pandemic.

He also said the team’s ownership was easily convinced to invest internationally.

“I think John Angelos and the partnership group, and we’ve been consistent since I’ve gotten here in the last couple of years in this new era,” Elias said. “We are going to be focused and disciplined in laying down a sustainable foundation for a successful franchise in Baltimore.

“We’re going to roll up our sleeves and maybe go through some lumps here the next couple of years as we build up. We’ll be glad that we did this work when we get to that point, and it needed to be done.”

Elias said the team has been putting its resources toward development.

“This partnership group continues to execute the long-term plan announced in the fall of 2018 to invest and reinvest in baseball facilities, technology, front office research and expertise, and player talent. Our organization’s capital commitment to the Dominican Republic is yet another demonstration of our confident long view of the value of MLB, Orioles, and Camden Yards brand platforms,” said Orioles Chairman and CEO John Angelos in a statement. “As we continue to invest and give back across Maryland and Florida, we see this as another opportunity to make a difference internationally in the Dominican community as we strengthen the future of Orioles baseball.”

Perez, the team’s senior director of international scouting, said the facility will be used by Latin players already in the organization, including Dominican major leaguers, and young Latin American players.

The facility is a selling point in competing for prospects.

“When you’re negotiating with these players, and their parents and their agents, they want to know where their son or their player is going to be,” Perez said. “To be able to promote our complex and our player development system as one of the best is essential for us.”