A look at the pitchers, including two new Hall of Famers, who dominated the Orioles the most - BaltimoreBaseball.com 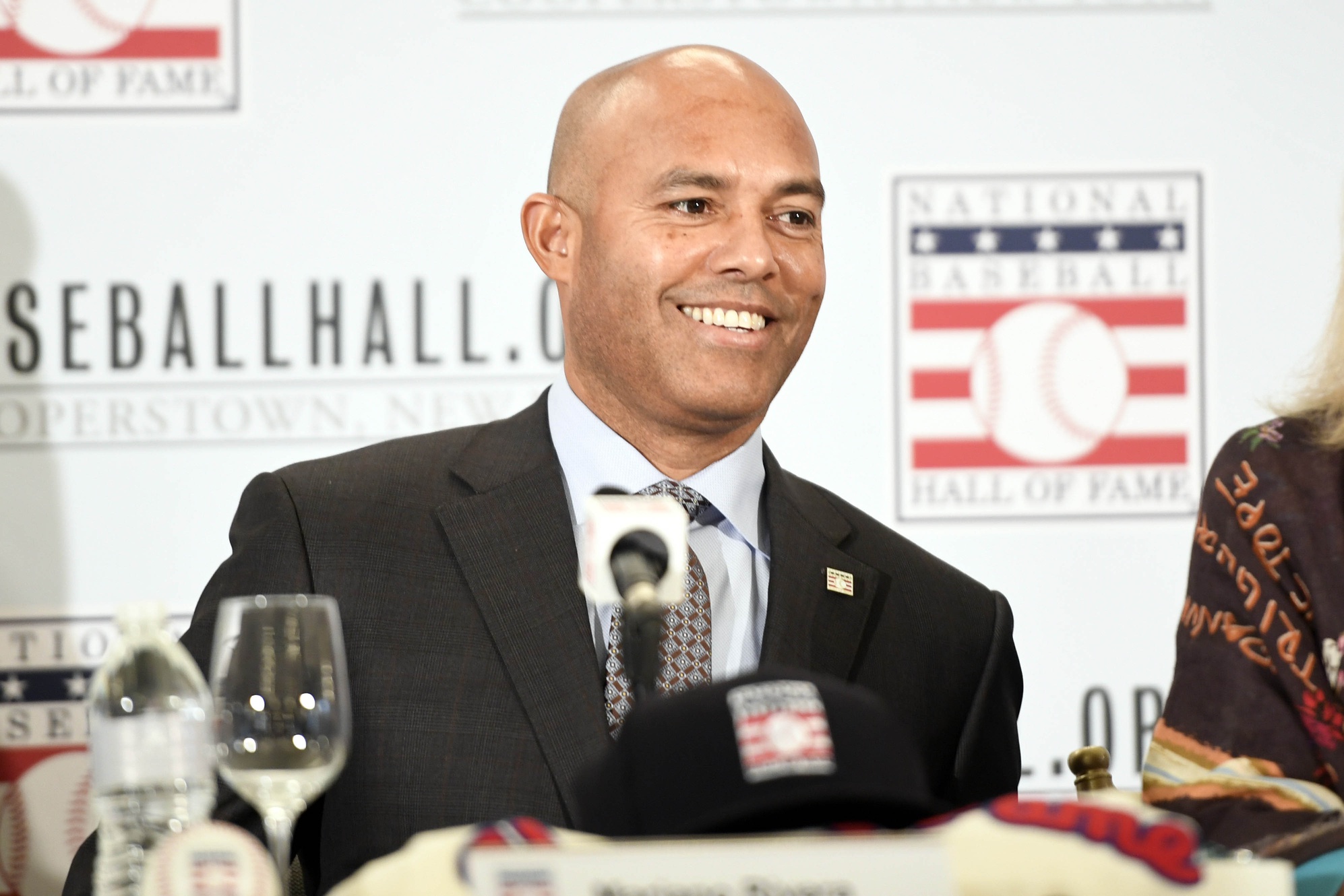 The National Baseball Hall of Fame announced the latest additions to its prestigious ranks on Tuesday, and while most of the focus in Baltimore was on the well-deserved election of former Orioles’ ace Mike Mussina, the other members of the class of 2019 — Mariano Rivera, Edgar Martinez and the late Roy Halladay — should be plenty familiar to Orioles’ fans, too. The trio were longtime thorns in the Orioles’ sides, building up their Hall of Fame resumes with stupendous career numbers against Baltimore.

At the plate, Martinez had plenty of success against the Orioles. During his 18-year career with the Seattle Mariners, he batted .314 with a .941 OPS, 22 homers and 85 RBIs in 138 games versus Baltimore.

But it was the pitchers, in particular, who dominated the Orioles on an unprecedented level. Rivera and Halladay both spent most or all of their careers as the Orioles’ AL East division foes, and both are among the all-time leaders against the Orioles in several key pitching statistics.

Earlier this offseason, I wrote about hitters in MLB history who were Orioles’ killers. Now, in honor of the newly minted Hall of Famers, I’ll shift my focus to the mound. Which pitchers are atop the leaderboards in various pitching categories versus the Orioles?

Halladay, sadly, became the first player since Christy Mathewson in 1936 to be a first-ballot inductee to the Hall of Fame after his death (not including special elections).

After Halladay’s tragic plane crash in November 2017, I wrote about his career dominance over the Orioles, but the incredible stats are worth repeating. In 31 appearances against Baltimore, he lost only four times while winning 20 games, his most against any team. His four defeats were restricted to two seasons — two losses apiece in 2000 and 2005 — while he spent the remainder of his career utterly overpowering the Orioles as the ace of the Toronto Blue Jays. Twenty-one of Halladay’s 27 starts versus the Orioles were quality starts. He held a career 2.89 ERA against them.

The Hall of Fame lefty Ford is the all-time leader in games started against the Orioles (57), so it’s no surprise he’s the leader in wins, too. Ford spent his entire 16-year career with the Yankees before the age of divisional play and long before interleague play, and the Orioles were one of only nine different franchises he pitched against (postseason excluded).

Ford won at least one game against the Orioles every season from 1954 through 1965 — and he also won five against their predecessors, the St. Louis Browns, before the franchise moved to Baltimore. His dominance over the Orioles included eight shutouts and a 2.40 ERA.

No pitcher figures to match Ford’s wins mark anytime soon. The active leader in wins against the Orioles is CC Sabathia with 20, but the 38-year-old probably won’t be pitching long enough to garner 10 more victories against them. David Price and Jon Lester are next among active pitchers with 15 wins apiece against Baltimore.

If we used 100 innings as the minimum requirement, the best ERA would belong to longtime reliever Tom Burgmeier (1.98). But I upped the innings restrictions so I could highlight Pierce and his 1.99 mark — which he threw in a whopping 321 2/3 innings against the Orioles, no small sample size by any stretch.

That kind of consistent dominance against a team is nearly unheard of in the last 65 years of baseball. Since 1954, Pierce is one of only two pitchers to have an ERA below 2.00 in at least 250 innings against a single opponent. (The other is Clayton Kershaw, who holds a 1.70 ERA in 323 1/3 innings against the San Francisco Giants.)

Pierce isn’t a Hall of Famer and never won a Cy Young, but he was a pretty good pitcher for a long time. The seven-time All-Star spent most of his 18-year career with the Chicago White Sox, notching consecutive 20-win seasons in 1956-57 and garnering an ERA title with a 1.97 mark in 1955. And, for whatever reason, the Orioles were his favorite victim. Pierce made four or five starts against them each year from 1954 to 1961, and in five of those seasons, he held them to an ERA of 1.71 or better. All told, he threw nine scoreless outings of seven or more innings versus the Orioles, six of which were complete-game shutouts.

In one memorable outing Aug. 6, 1959, Pierce threw an eye-popping 16 innings against the Orioles and held them to one run. That’ll do wonders for your ERA. The game, though, was called after 18 innings in a 1-1 tie.

Clemens ranks third in MLB history in strikeouts (4,672), and unlike the two players ahead of him — Hall of Famers Nolan Ryan (5,714) and Randy Johnson (4,875) — Clemens pitched the majority of his career in the AL East. He spent 21 of his 24 seasons as an Orioles’ divisional opponent with the Boston Red Sox, Blue Jays and Yankees. Clemens made more starts against the Orioles (51) than any other team, giving him plenty of opportunities to rack up the whiffs.

Clemens had six seasons of 20 or more strikeouts against the Orioles, and he had eight games of double-digit strikeouts. His most dominant outing came on Sept. 21, 1998 in Toronto, when Clemens notched a whopping 15 strikeouts in a 3-1 win over the Orioles, giving him his 20th win of the season. That was his second to last start with the Blue Jays; he was traded to New York five months later.

Clemens remains on the Hall of Fame ballot after receiving 59.5 percent of the vote on Tuesday, up only slightly from his 57.3 percent in 2018. Clemens, who has three remaining years of eligibility on the ballot, is facing an uphill climb to get to the 75 percent needed for election, as his association with performance enhancing-drugs has stifled his candidacy.

It’s only fitting that we close this article with the greatest closer of all time, Rivera, who became the first Hall of Famer ever elected unanimously. No team was on the receiving end of Rivera’s brilliance more than the Orioles.

The Yankees’ closer took the mound against the Orioles far more than any other pitcher in history. In fact, Rivera had almost as many appearances as the next two pitchers combined (Sparky Lyle’s 79 and Jim Perry’s 73). And the Orioles were Rivera’s most frequent opponent, too; he pitched against them 21 more times than he did any other team (in second was the Red Sox, whom he faced 115 times).

Most of Rivera’s career (1995-2013) coincided with the Orioles’ brutal stretch of 14 straight losing seasons from 1998 through 2011. During that span, the Yankees never lost a season series to Baltimore, amassing a 160-79 record. That meant plenty of victories for Rivera to close out. He racked up three or more saves against the Orioles in each of those years, including 10 in 2004 alone. Even after the Orioles returned to respectability, Rivera notched nine more saves in 2012-13.

All told, Rivera successfully converted 79 of his 88 save chances against the Orioles, a 90 percent conversion rate. He nailed down 46 of his first 49 opportunities, including 20 in a row at one point from 2003-2007. One of the rare Orioles to have success against Rivera, though, was Brian Roberts, who batted .333 and twice handed Rivera a blown save with a game-tying hit.

Appropriately enough, the last time Rivera faced the Orioles — during a series in Baltimore from Sept. 9-12 — he played a role in all three Yankees’ wins, saving two games and winning another. Six years after his retirement, Rivera still has more than twice as many saves against the Orioles as the next-highest pitcher (Jonathan Papelbon with 34).