A look at Roy Halladay's career highlights - and his sheer dominance - against the Orioles - BaltimoreBaseball.com 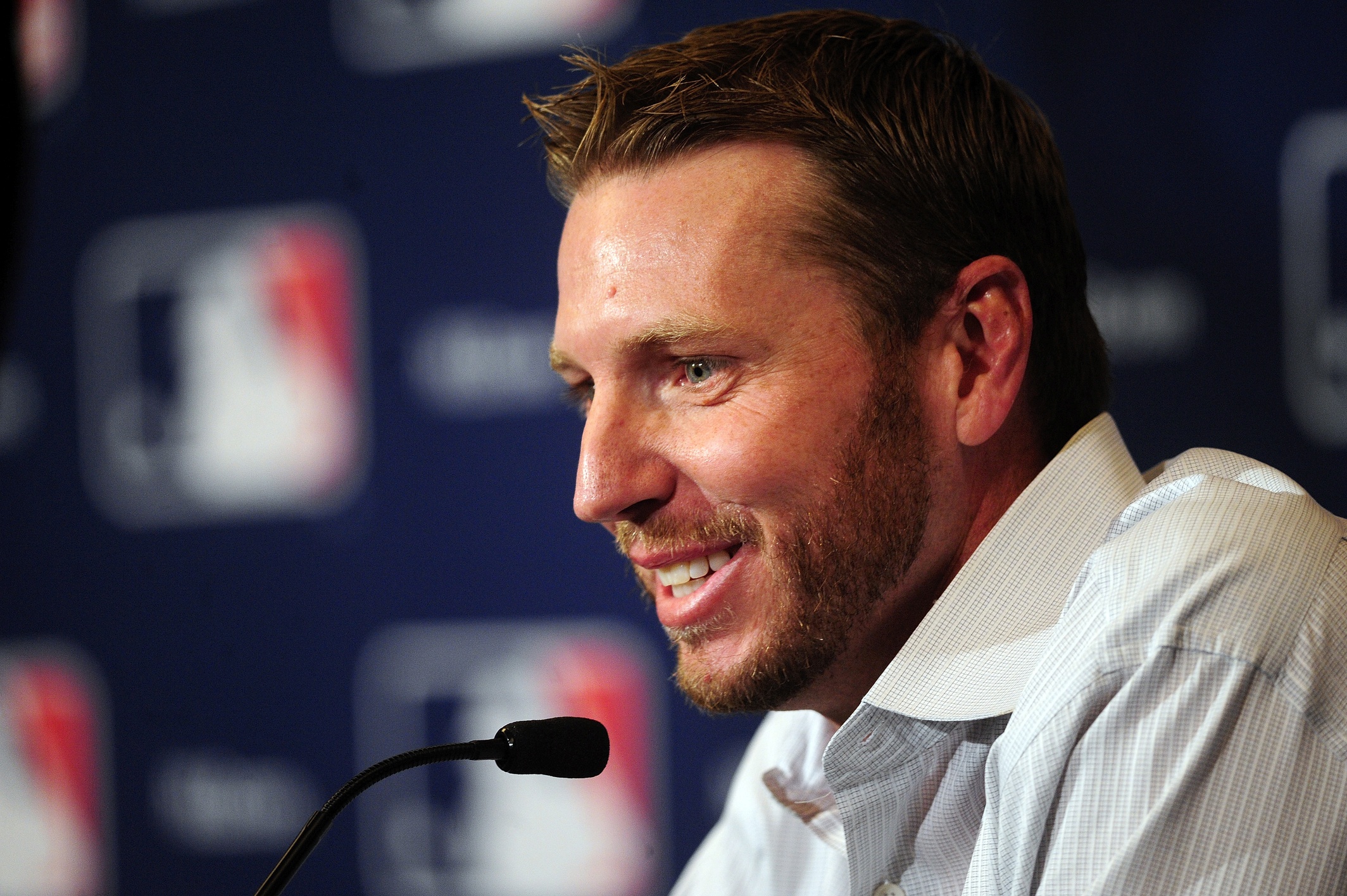 The baseball world was rocked Tuesday by the death of longtime MLB ace and two-time Cy Young Award winner Roy Halladay, who was killed in a plane crash at age 40.

Many current and former MLBers have shared their memories of the popular Halladay, an eight-time All-Star who retired in 2013 with a career 3.38 ERA and 203-105 record.

Among them was Orioles right-hander Kevin Gausman — like Halladay, a native Coloradan — who tweeted, “Being a kid from Colorado, this man was my hero growing up!! Was a pleasure to watch pitch. Can’t believe this happened.”

Hall of Famer and current MASN analyst Jim Palmer, a man who knows a thing or two about great pitching, tweeted, “One of the best ever. Condolences to his family, fans!”

Perhaps no team was more familiar with Halladay’s exceptional on-field performance than the Orioles. Halladay, who spent 12 years in the AL East with the Toronto Blue Jays, piled up 20 career wins against the Orioles, his most against any team. Overall, Halladay was 20-4 with a 2.89 ERA in 31 games (27 starts) versus Baltimore; he was 8-2 with a 3.31 ERA in 15 games at Camden Yards.

In remembrance of Halladay, let’s take a look back at his career highlights against the Orioles.

After Halladay’s two-game major league debut in 1998 — the second of which was a near no-hitter against the Detroit Tigers, broken up on a pinch-hit homer with two outs in the ninth — he faced the Orioles for the first time early on in 1999. Halladay was working in relief when the Orioles first saw him. He walked three batters in 1 2/3 innings April 11, but still picked up a win.

A week later, Halladay made his first start of the season, facing the Orioles. It was a masterpiece. (Get used to hearing that.) Halladay twirled seven shutout innings; B.J. Surhoff went 2-for-3 against him while the rest of the Orioles’ lineup was a combined 1-for-21.

It was a nightmarish season for Halladay. In 19 games (13 starts), Halladay was rocked for a 10.64 ERA. At the time, it set a record for the highest ERA in a season for a pitcher with 10 or more starts. That dubious mark was later bested (or “worsted”) in 2011 by the Orioles’ Brian Matusz, who finished with a 10.69 ERA in 12 starts.

Halladay pitched three times against the Orioles in 2000, and none of them went well. He made two starts and lost them both, giving up a combined 12 runs in six innings. Those were two of only four times that Halladay lost to the Orioles in his career.

He also had one relief appearance, Sept. 28, that ended with a bizarre pitching line: 2/3 of an inning, seven runs, zero earned. A pair of Blue Jays errors with Halladay on the mound extended the inning, and the Orioles strung together seven straight hits to make the miscues hurt. The Orioles ended up scoring 23 runs in that game, their most in franchise history.

Halladay spent much of the 2001 season reinventing himself in the minors after his awful 2000. But he did face the Orioles once in 2001 and blew them away. On Sept. 19, he held them to one run in seven innings. He notched 11 strikeouts, which remained his career high for another eight years.

Halladay clustered his dominance against the Orioles in 2002; he made back-to-back starts against them July 17 and 22 and then did it again Sept. 18 and 24. The results? In each start, he worked seven or more innings and allowed one or no runs, winning all four and compiling a 0.93 ERA. The Orioles were the only team Halladay beat more than twice that year en route to his 19-win season.

During one remarkable stretch from May through July, Halladay won 15 consecutive decisions after starting the season 0-2. Two of those wins came against the Orioles. He held them to two runs in seven innings June 18 in Baltimore, then blanked them over seven frames July 27 in Toronto. Halladay won his first Cy Young award that year, going 22-7 with a 3.25 ERA.

Halladay missed much of the season with shoulder problems, limiting him to 21 starts, but he still found time to beat the Orioles for the 10th time in his career. As was his custom, he tossed a seven-inning quality start against them April 25.

For whatever reason, the Orioles finally had Halladay’s number this year. Despite excellent numbers overall — a 12-4 record and 2.41 ERA in 19 starts before a broken leg ended his season — Halladay lost his first two starts against the Orioles this year, allowing a combined 11 runs and 21 hits in 13 1/3 innings. The first, April 24, was a garden-variety blowout. The Orioles plated six runs, including homers by 2005 All-Star Melvin Mora and fading slugger Sammy Sosa. It was the hardest the Orioles had hit Halladay in five years.

In the second game, May 4, Halladay pitched much better than his line indicated. He and Orioles ace Erik Bedard were locked in a scoreless pitcher’s duel for seven innings. The Blue Jays scraped across a run in the top of the eighth, but Halladay fell apart in the bottom half. Sosa laced a two-run double and Javy Lopez followed with a lead-padding three-run homer.

That was the last time the Orioles would ever beat Halladay. He got back on the winning track later in 2005 with an eight-inning, two-run victory in Toronto on June 23.

Four more starts, four more gems for Halladay. All four of his outings against the Orioles in 2006 were quality starts. He added three victories to his tally, and would’ve won a fourth if the Blue Jays’ bullpen hadn’t blown his lead in Baltimore on June 8. Among those wins was Halladay’s first complete game against the Orioles, allowing only one run June 13.

The Orioles got to August without having to face Halladay, but then three of his final eight starts of the season came against them. Not surprisingly, all three were quality starts. One was a somewhat ugly outing Sept. 26 in which he gave up 11 hits and five runs (three earned), but cruised to victory anyway because Orioles’ starter Victor Zambrano allowed eight runs in the first inning.

On the other side of the coin, Halladay went nine innings against the Orioles on Aug. 19 but wasn’t rewarded with a win, thanks to an equally strong outing by Jeremy Guthrie. The Blue Jays won on a walkoff in the 10th.

Two more wins for Halladay. He beat the Orioles on June 8 despite surrendering a pair of Luke Scott home runs, and then cruised to a 7-1 victory at Camden Yards on July 24 with seven strong innings. The victories helped Halladay reach the 20-win mark for the second time in his career.

In his final year with the Blue Jays, Halladay tossed three more quality starts against the Orioles. He bagged easy wins May 1 and Aug. 9, working eight innings each time. More interesting, though, was the one game he didn’t win. With the Blue Jays carrying a comfortable 8-3 lead in Baltimore, Halladay exited after seven innings. The Orioles, though, shocked Toronto’s bullpen with a game-tying, five-run rally in the eighth, and won the game three innings later on a walkoff, three-run homer by rookie Nolan Reimold.

The Orioles never faced Halladay again after the 2009 campaign. He was traded to the Philadelphia Phillies, where he spent his final four seasons safely out of the Orioles’ hair.