Orioles fall 4 1/2 back with 25 games to play after 4-1 loss to Blue Jays; Manoah limits O's to 3 hits in 8 innings - BaltimoreBaseball.com 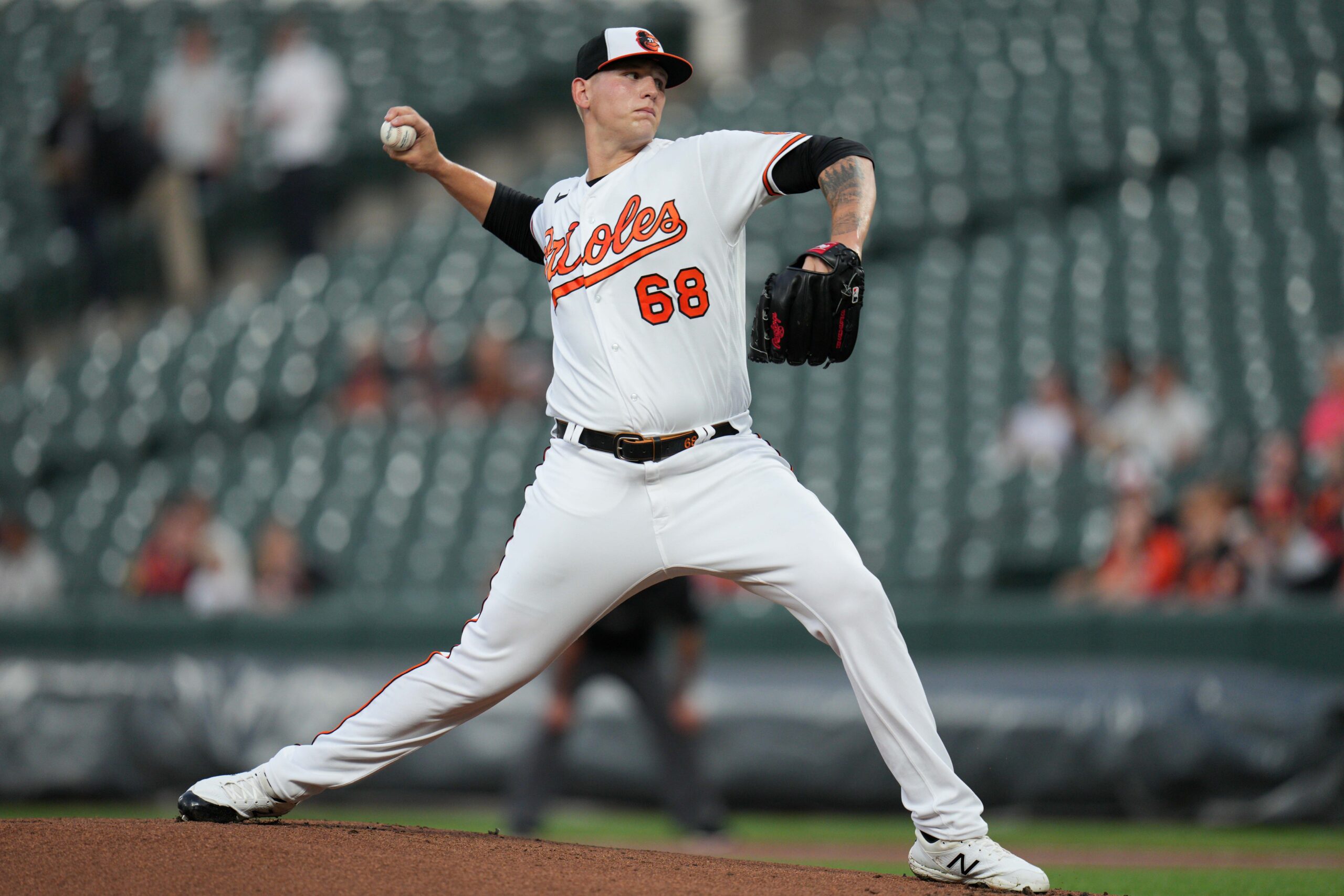 BALTIMORE—The Orioles needed to win three of four games against the Toronto Blue Jays to gain ground in the American League wild-card race. Instead, the Orioles lost three of four and are 4 ½ games behind Toronto with 25 games left on the schedule.

Toronto starter Alek Manoah (14-7) was dominant. He allowed only three hits in eight innings, only one in the final seven as the  Orioles went quietly, losing 4-1 to the Blue Jays before an announced crowd of 11,488 at Camden Yards on Thursday night.

“The story tonight was Manoah and what he didn’t allow us to do tonight,” manager Brandon Hyde said.

Going into the game, the story was the return of Oriole starter Tyler Wells, who hadn’t pitched since July 27th because of a left oblique injury. Hyde wanted Wells back in the rotation and told scheduled starter Dean Kremer that he would follow in relief.

Wells threw a four-pitch first inning. He struggled with his command in the second and allowed a run when Lourdes Gurriel hit into a force play, allowing Alejandro Kirk to score. Gurriel injured his left hamstring as he crossed first base.

“Overall, body felt good, arm felt good,” Wells said. “Definitely a little rusty on some things. For the most part, I didn’t really have any issues and felt good.”

The issues are mounting for the Orioles (72-65). Among their remaining 25 games are six against Toronto (76-60), three  September 14th-16th at the Rogers Centre, and the final three games of the season at Camden Yards October 3rd-5th.

Asked what it would take to secure a wild-card berth after a missed opportunity, Hyde said:

“It’s going to take some wins. We need to win series. We won five series going into this series and we’ve got to bounce back and continue to play winning series.”

The Orioles have an offday on Thursday, which Hyde said they needed, before the Boston Red Sox come to town.

“Disappointed,” Hyde said, “but it’s a really good team and we got shut down offensively tonight. Those nights do happen. Unfortunately for us, tonight was one of those nights. We pitched well enough to win but couldn’t get anything offensively.”

In order for the Orioles to make up ground, they’ll need to have more offense, which has been an issue covered up at times by the pitching and defense. The Orioles displayed some of that defense on Wednesday night, but they also failed to catch a shallow fly ball to center that led to the first Toronto run, didn’t turn a double play that would have prevented another run to score and allowed a third on a throwing error by catcher Adley Rutschman on a pickoff attempt.

Depending on how he responds, Wells could get four or five starts more starts.

“It is going to be a tough month,” Wells said. “Obviously, we face these guys quite a bit. I believe we have quite a few more division games as well. It’s going to be a competitive month, but I think at the same time, too, it’s going to be worth it at the end. I’m hoping we can continue to push and continue to battle.”

Kremer (6-5) came in for the third and retired his first six batters before three runs scored in the fifth.

“The only thing that changed was not going into the game after I played catch,” said Kremer, who told Hyde he was OK with the decision to start Wells.

Santiago Espinal and Jackie Bradley Jr. singled to begin the fifth, and Espinal scored from third when Vladimir Guerrero Jr. bounced to Rougned Odor at second. Odor fumbled the ball but recovered to get Guerrero.

A soft single to left by Kirk scored Bradley, and Rutschman’s errant pickoff throw to first allowed Bo Bichette to score to give Toronto a 4-1 lead.

“I left a couple of pitches up, had some weak contact that ended up scoring in that one inning,” Kremer said. “Other than that, stuff was good.”

The Orioles’ only run came in the first. Anthony Santander singled with two outs against Manoah and scored on a double by Ryan Mountcastle. Gunnar Henderson walked, and after that, Manoah retired 14 Orioles in succession until Rutschman hit double in the sixth. He retired 22 of his final 23 batters.

Jordan Romano worked the ninth inning for his 31st save.

“I don’t think anything’s changed,” Kremer said. “We’re not pressing. There’s still a good bit of the season left. We just started September, and we do play them another two [series]. There’s definitely chances to make up that gap.”

Notes: The Orioles will celebrate the 45th anniversary of “Thanks Brooks Day” on September 24th. Robinson will be driven around the ballpark on the warning track to greet fans as he did in 1977, the year he retired. The first 15,000 fans 15-and-over will receive a poster print of the Norman Rockwell, “Gee, Thanks Brooks” painting. … After Thursday’s offday, the Orioles begin a three-game series against Boston. Austin Voth (4-2, 4.41) will face Brayan Bello (1-4, 5.91) on Friday night. …Toronto’s Teoscar Hernández was placed on the paternity list.

Minor league update: Rico Garcia, Louis Head and Logan Gillaspie (4-3) combined to limit Memphis to three hits in Triple-A Norfolk’s 1-0 win in eight innings in the first game of a doubleheader. Game 2 was suspended in the bottom of the first and will be resumed as part of a doubleheader on Thursday.

Justin Armbruester started and allowed a run on a hit in five innings. He walked four and struck out three.

Bowie’s Connor Norby was named the Eastern League Player of the Month for August. Norby hit .339 with nine home runs and 26 RBIs.

High-A Aberdeen was held to two hits in its 4-0 loss to Jersey Shore in the first game of a doubleheader. Third baseman Max Wagner, centerfielder Dylan Beavers and shortstop Frederick Bencosme each had two hits in the IronBirds’ 3-1 win in eight innings in the second game.

Shortstop Jackson Holliday had three hits as Single-A Delmarva lost to Down East, 4-2, in 11 innings.