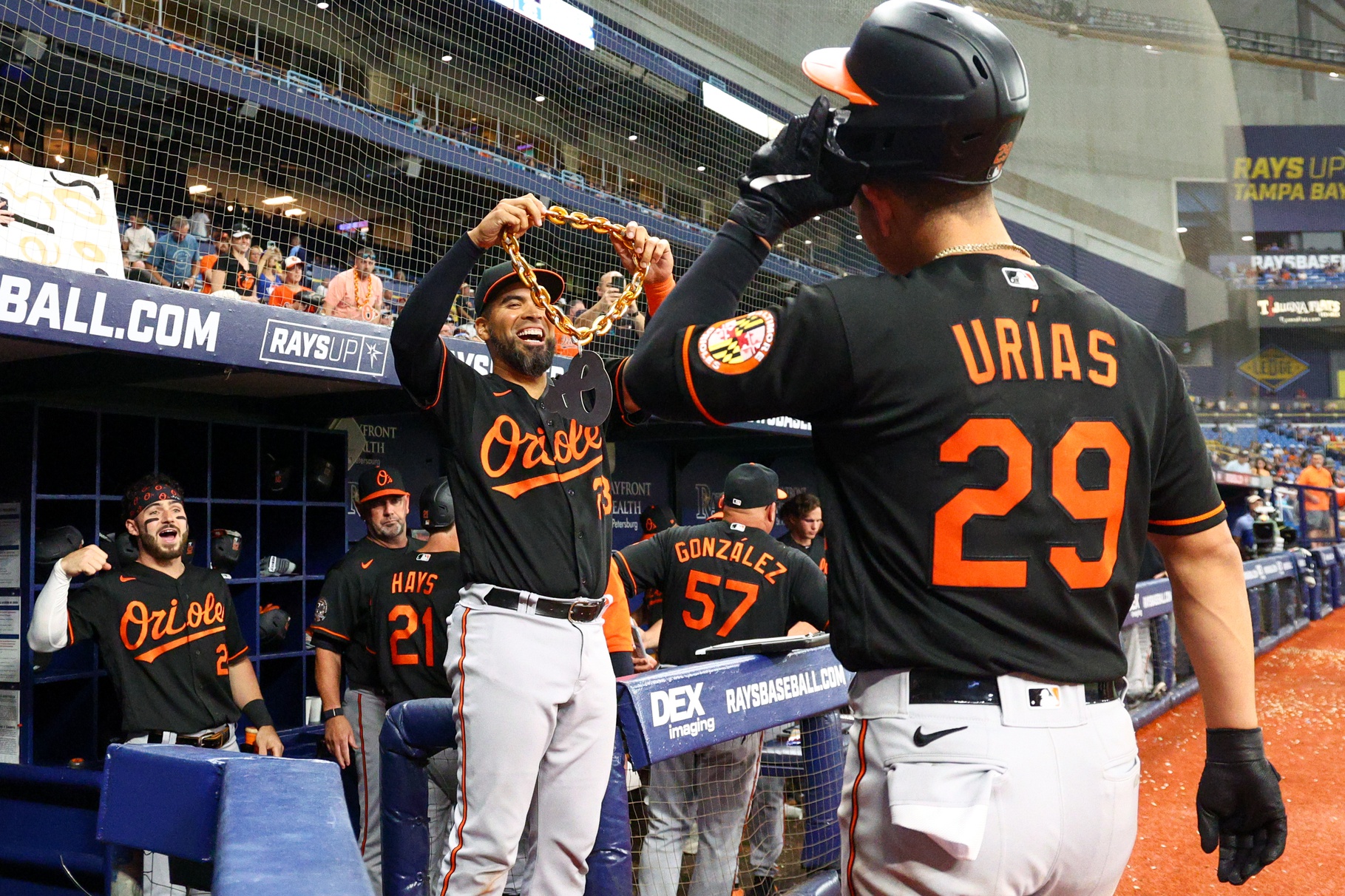 ST. PETERSBURG, Florida—For the first time in 13 days, the Orioles lost on Friday night, and it stung. Their 10-game winning streak, the longest in nearly 23 years, is over, and the Orioles attempted to look ahead.

Tropicana Field continues to be a difficult place to win for the Orioles. It was their 10th straight loss to Tampa Bay (50-40).

“That’s a great team over there,” Trey Mancini said. “And you have to play pretty flawlessly to beat them, along with the other teams in our division. “We gave a good effort, almost came back, but came up a little short.”

Tyler Wells (7-5) and Cionel Pérez allowed four runs in the sixth, and Tampa Bay led 5-2. Ramón Urías hit his second home run of the game, a two-run shot, in the eighth inning to put Baltimore within a run. But that was the end of the Orioles’ scoring, ending their streak.

Matt Wisler (3-3) pitched a scoreless sixth, and Brooks Raley a spotless ninth for his sixth save.

The Orioles loaded the bases in the first against Luis Patiño. Mancini reached on an infield single with one out. Ryan Mountcastle walked with two outs and Austin Hays was hit in the ribs with a pitch. Adley Rutschman popped out in foul ground to third ending the inning.

Mancini hit his ninth home run of the season with one out in the third.

In the bottom of the third, Luke Raley led off and popped to short left. Jorge Mateo ran from his shortstop position, caught it and didn’t stop running until he nearly reached the warning track. Wandy Diaz walked, and he went to third on Harold Ramirez’s double.

With second and third, Wells struck out Ji-Man Choi and Randy Arozarena flied to right.

Urías homered with one out in the fourth for a 2-0 lead.

In the bottom of the fourth, Wells walked leadoff batter Isaac Parades, and Yu Chang scored him with a double to cut the Orioles lead to 2-1.

The Orioles loaded the bases against Shawn Armstrong in the fifth on singles by Cedric Mullins, Mancini and Hays before Rutschman was caught looking, leaving the bases loaded twice.

The Orioles left eight on base, all in the first six innings.

“You’ve got to be able to cash in early there,” manager Brandon Hyde said. “We had a lot of opportunities to score, just didn’t push enough across there early.”

Tampa Bay scored four to take a 5-2 lead in the sixth on consecutive doubles by Josh Lowe, Chang and Francisco Mejia and a two-run pinch hit home run by Christian Bethancourt, his fifth.

Bethancourt’s home run, which was originally ruled foul, was overturned on a crew chief review. It wrapped just around the foul pole in left.

“I think there were a lot of unfortunate things, especially in the last inning,” Wells said. “To say that I’m disappointed is an understatement…It’s weighing pretty heavy on me.”

Wells had gone eight starts since his last loss on May 25th.

“You’re going to see us bounce back pretty good,” he said. “I think the feeling of losing after 10 games is not a feeling that we want.”

“Cionel Pérez has been money in the bank for us for the entire season,” Hyde said.

After a painful loss, Hyde can’t appreciate the streak yet.

“Not right now,” Hyde said. “I’m really happy with how our team has played. I’ve got to say that a bunch the last couple of months, even today. We get a lead, we battled back and we give it up, so hopefully we can go out and score some more runs tomorrow.”

Hays doubled leading off the eighth, and after Rutschman was again caught looking, Urías hit his second home run of the game to cut Tampa Bay’s lead to 5-4.

“I’m really proud of these guys in here,” Mancini said. “I’ve gotten to see a lot of them grow these last few years and become great major league players. The way that we’ve all been very cohesive and we’ve had great team chemistry, that’s really what’s gotten us to this point. It’s really been great to be a part of.”

Brenan Hanifee allowed a run on two hits in three innings in his first Double-A start, striking out six. Hanifee had Tommy John surgery in May 2021.