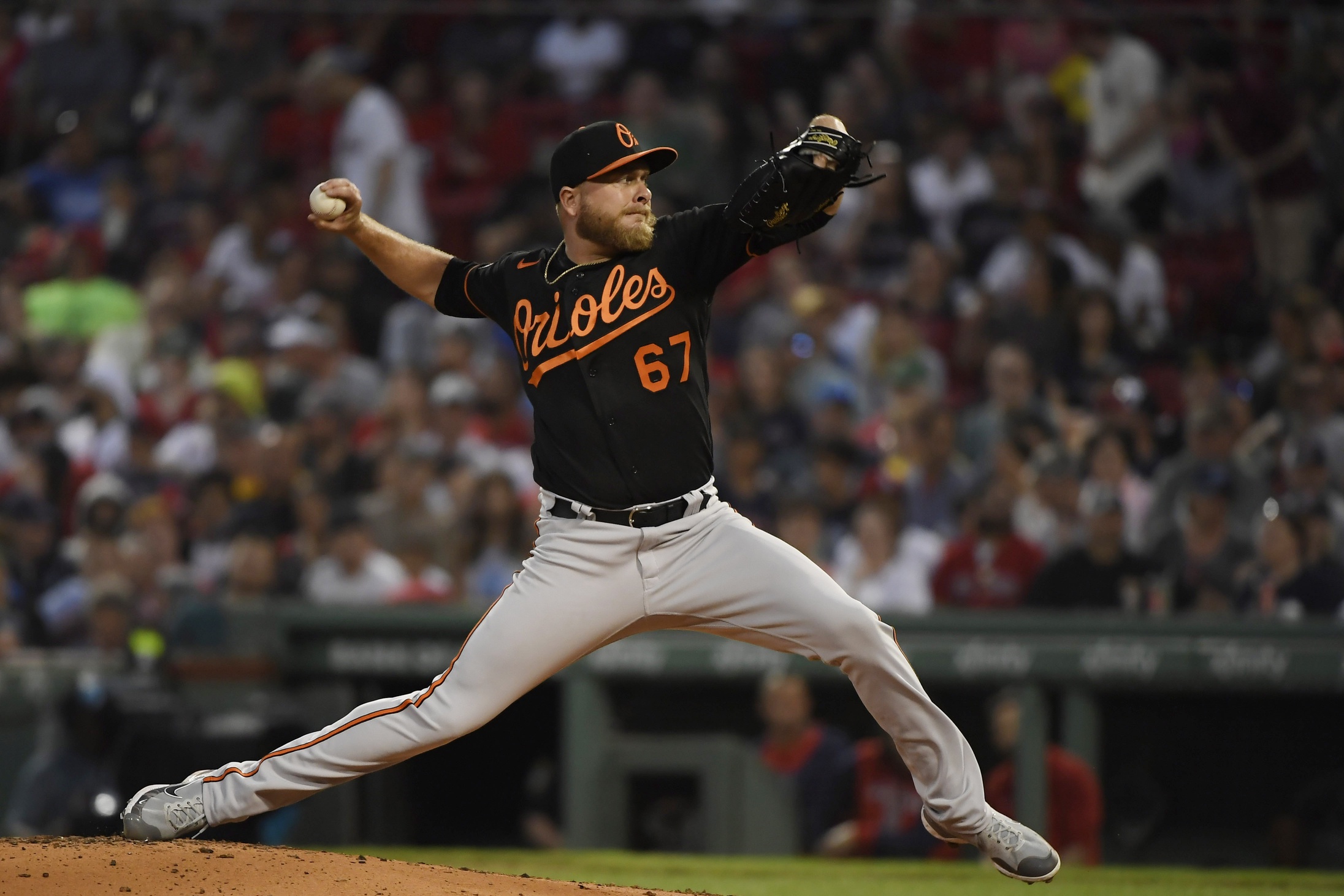 BALTIMORE—Needing a fresh bullpen arm, the Orioles recalled right-hander Beau Sulser from Triple-A Norfolk on Wednesday. Sulser, the younger brother of former Oriole reliever Cole Sulser, allowed two runs on seven hits in three innings on May 27th in his only appearance for the Orioles.

Sulser, who was claimed off waivers from Pittsburgh on May 14th, has a 3.20 earned-run average in 19 2/3 innings in seven appearances with Norfolk.

The Orioles optioned left-hander Nick Vespi to Norfolk. Vespi was 2-0 with a 5.40 ERA in 12 appearances with the Orioles. He did not allow a run in his first four appearances, but gave up six runs on six hits on on June 29th in Seattle while recording just one out. He also gave up a home run and got just one out in Tuesday night’s 10-9, 10-inning win over the Texas Rangers.

The Orioles also claimed left-hander Kirk McCarty off waivers from Cleveland. The 26-year-old McCarty was 0-2 with a 9.00 ERA in three games, two starts with the Guardians. He was optioned to the Tides.

To make room for McCarty on the roster, the Orioles designated right-hander Marcos Diplán for assignment. Diplán had a 1.59 ERA in five appearances this season for the Orioles.

Call for questions: I’ll be answering Orioles questions in the coming days. Please email your questions to: [email protected].