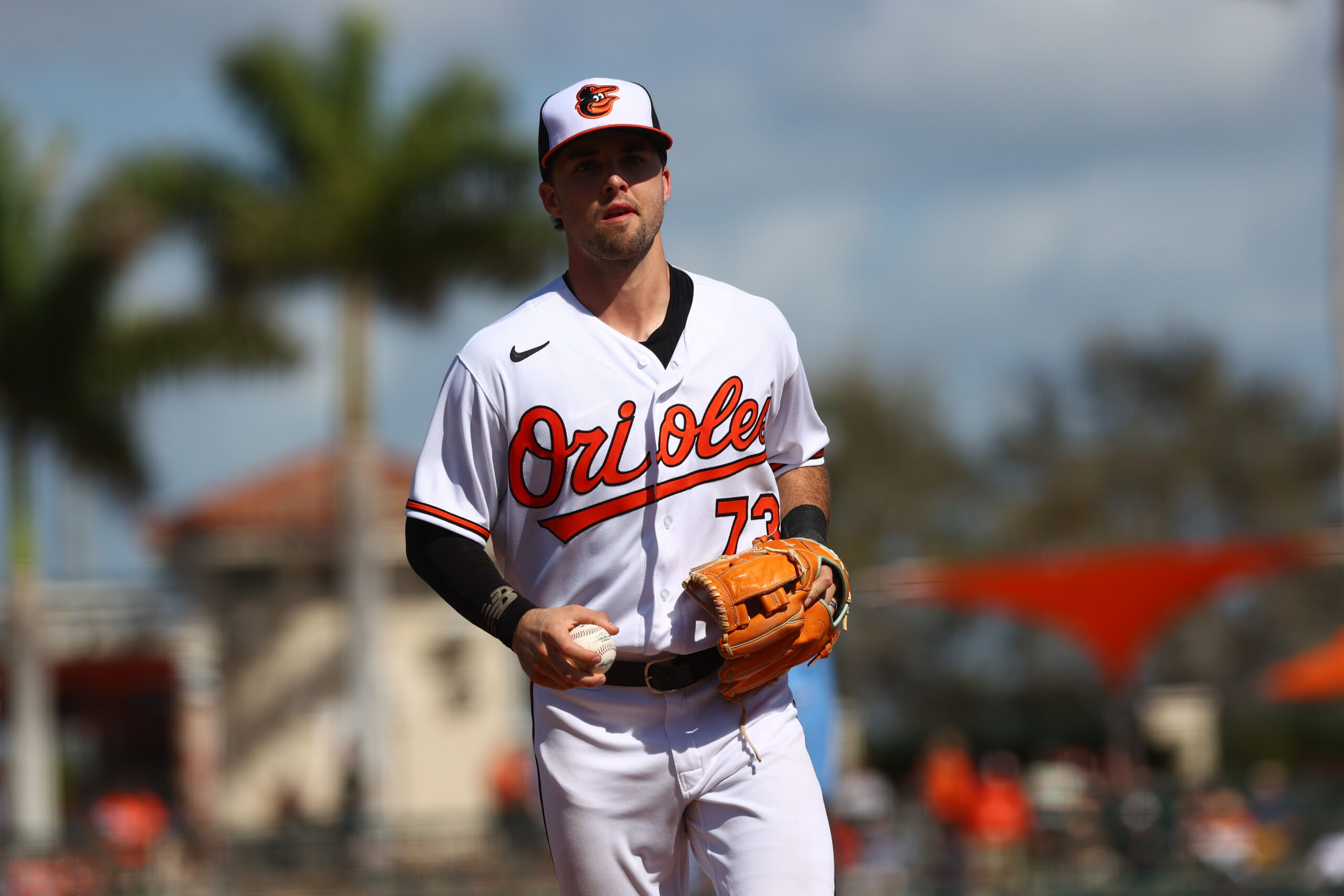 Terrin Vavra has found several ways to stay on the field for Triple-A Norfolk.

He does it with his consistent bat and the ability to play multiple positions in the infield and outfield.

Those skills could translate well to the next level with the Orioles in the not-too-distant future.

“Being able to play multiple positions has definitely helped keep me in the lineup,” Vavra said. “I’ve been able to adapt and learn how to play some different outfield positions and I am learning to play some other infield positions as well. There’s always a spot for me and that’s something that has come a long way in the last few years.”

Vavra was the Colorado Rockies’ third-round pick in 2018 out of the University of Minnesota. He was acquired by the Orioles along with infielder Tyler Nevin and outfielder Mishael Deson from the Rockies in exchange for reliever Mychal Givens on August 30th,  2020.

The transition to Triple-A Norfolk has been mostly smooth and Vavra has overcome a hamstring injury that caused him to miss six weeks in the early part of the season.

Vavra hit his first homer on Wednesday night and is slashing .312 with 10 doubles, 1o RBIs and 22 walks in 33 games

“When you’re playing baseball every at-bat is tough just because of what you’re trying to accomplish,” Vavra said. “The guys you’re facing now are a lot older and have a lot more experience than guys at some other levels. The more experienced and battle-tested are that you’re facing. Tougher mindset.”

Vavra usually hits in the top three spots in the lineup and has the ability to get on base with a hit or a walk. He’s been a key player for the Tides.

“I’m just trying to get on base any way I can,” Vavra said. “I’m usually at the top of the lineup so I’m trying to set up the guys behind me. Fortunately, we have some good hitters behind me so that makes pitchers come after me and gives me some good pitches to hit.”

Vavra’s versatility makes him an intriguing player for the Orioles. He is ranked as the 13th best prospect, according to MLB.com.

Vavra could be a valuable player off the bench for the big-league club.

“I don’t think there’s any prescription to get me there,” Vavra said. “I’m confident that if I can stay on the field, stay healthy and make the most of the opportunities, that will come. You can see the amount of talent this organization has. It’s second to none. Just to be able to contribute to some winning baseball in the future is all I am looking forward to.”

Kjerstad hits first home run: Heston Kjerstad hit his first professional homer, a solo shot, in the ninth inning in Single-A Delmarva’s 5-4 loss to the Lynchburg Hillcats on Friday night at Arthur W. Perdue Stadium. Kjerstad, who was picked second overall in the 2020 draft, is hitting .422 with 10 RBIs in his first 12 games after missing the early part of the season because of a hamstring injury.