Rodriguez's lat strain could keep him out until September or longer, Orioles' Elias says - BaltimoreBaseball.com 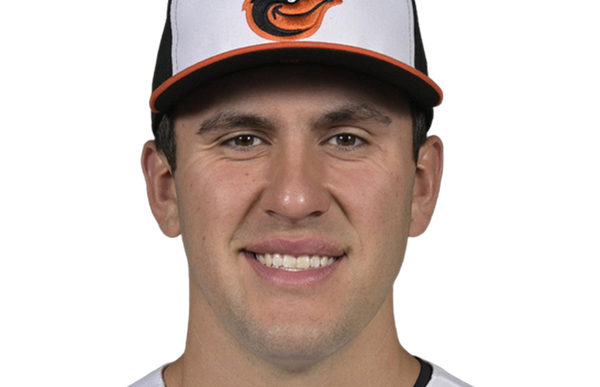 The bad news for the Orioles’ top pitching prospect, Grayson Rodriguez, is that he might not pitch again until September or until next season because of a Grade 2 strained right lat he suffered last week.

The good news is that Rodriguez possibly could pitch in Baltimore near the end of the season and be part of the 2023 rotation.

The lat muscle is below the shoulder blade and, as an important core component, plays a major role in pitching mechanics.

“This is an injury that we have a very, very high degree of confidence that’s going to heal and he’ll be back to himself in no time,” Orioles Executive Vice President/General Manager Mike Elias said before Sunday’s game against Cleveland. “And at the very least, put himself in a position to join our rotation out of spring training. We’re looking forward to getting him back to work. He’s a tough kid and a very hard worker. So, I expect he’s going to do really well.”

The right-handed Rodriguez is the top pitching prospect in baseball, according to MLB Pipeline.

Rodriguez, 22, suffered the injury in Triple-A Norfolk’s game against Jacksonville on June 1st. Rodriguez had thrown 5 2/3 scoreless innings before the setback.

The process of building Rodriguez back up will take several weeks. Rodriguez will begin his rehab in Sarasota within the week, according to Elias.

There is a potential for the injury to reoccur, so the team is going to try to prevent a further setback. That’s why the Orioles will not rush him back into action.

Rodriguez is ranked as the No. 3 overall prospect by Baseball America and was named International League Pitcher of the Month for May. He gave up just two hits and struck out 10 in seven scoreless innings in Norfolk’s 5-2 victory over Gwinnett  on Friday.

Rodriguez is 5-1 with a 2.09 ERA and 0.84 WHIP in 11 starts for the Tides this season. He likely would have been in Baltimore this month if he had not gotten hurt.

“The timing of this really stinks,” Elias said. “He was basically at the point of checking every box you could think of as far as his minor league work. So, I think that he’s shown that if he’s healthy and himself we want him to be in a position to help this team out of spring training. Assuming that is the case, I think he will be able to help this team out of spring training. That’s our goal for him and for us.”

With Rodriguez shut down, DL Hall could be the next starter from Norfolk that could pitch for the Orioles later this summer. Hall is on the Orioles’ 40-man roster but had an elbow injury last season.

“We just want to see him build up and cover innings and get his pitch counts into a more efficient space, so he’s able to work into the fourth, fifth and beyond,” Elias said. “He knows that and he’s doing that. The flashes of what he’s showing in Triple-A is very exciting, but the level of experienced hitters that he’s facing there is teaching him a lot about how to pitch at that level, too. But I am very pleased with where he’s at.”