Orioles' Hyde says Means won't pitch anytime soon, declines to answer whether he might be out for year - BaltimoreBaseball.com 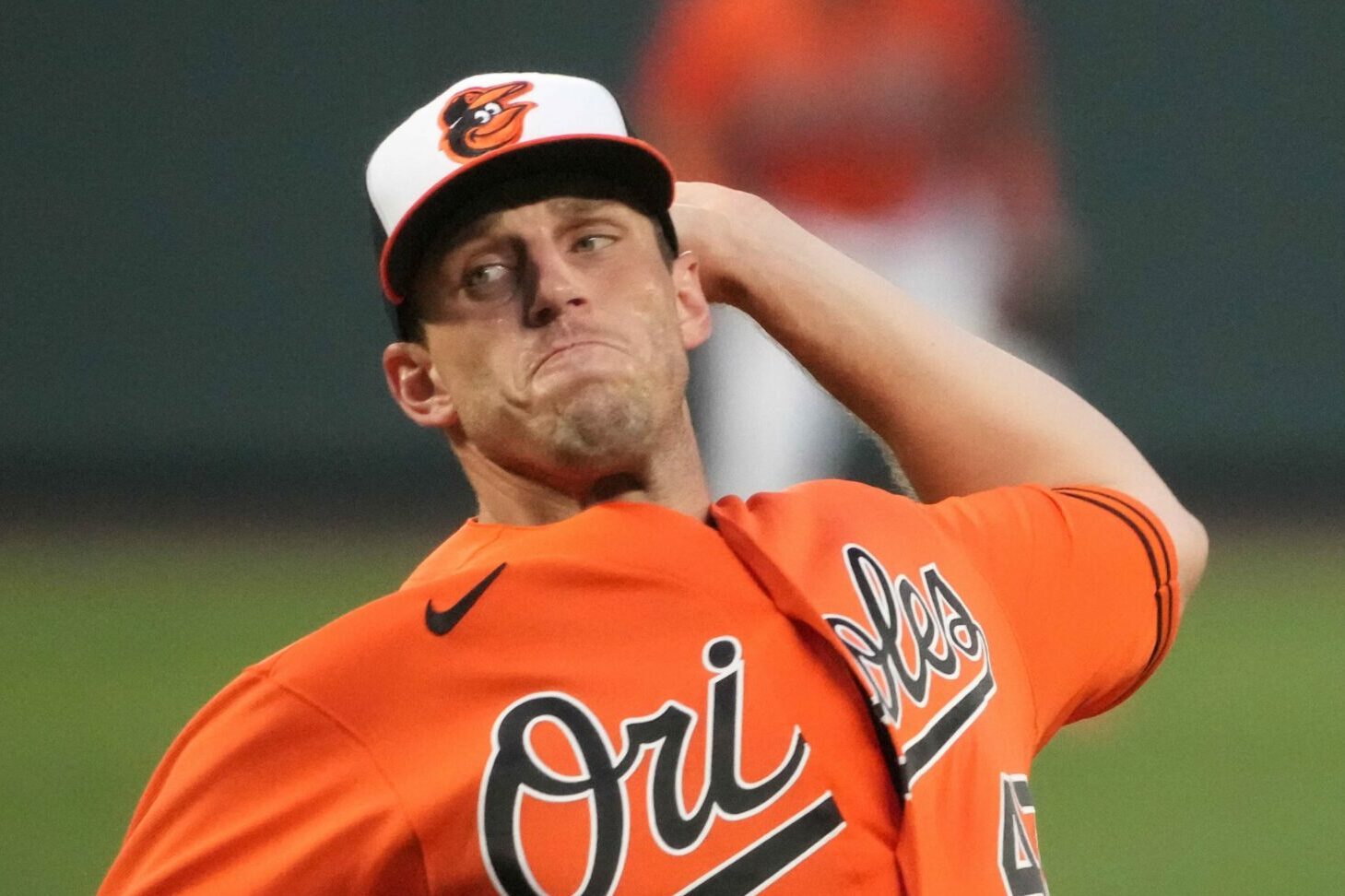 BALTIMORE—The Orioles are awaiting word on how serious the left elbow injury is to starting pitcher John Means, but manager Brandon Hyde said he wouldn’t pitch anytime soon and wouldn’t answer whether Means might be out for the season.

Means left Wednesday’s game against the Brewers after four innings because of tightness in his left forearm. He was placed on the 10-day injured list on Friday because of a strained left elbow.

“I think we’re just covering all the bases medically. He’s going to see some specialists. To get those results, it’s going to take a while. He’s not going to be on the mound for a while.”

When asked if Means, who started two games, could pitch again this season, Hyde avoided specifics.

“I don’t know that. That’s a question mark right now,” he said.

Hyde said he has some ideas about who will start on Tuesday in Oakland in Means’ place. “I’m not ready to disclose,” he said.

Clutch hitting is lacking: Ramón Urías’ bases-loaded walk in the 11th inning gave the Orioles’ a 2-1 win over the Yankees on Friday night, but it didn’t change their batting average with runners in scoring position. The Orioles are 6-for-70, .086.

“It’s been a topic for seven games, the lack of,” Hyde said. “We have guys trying to do too much and not taking what the pitcher has given us, not understanding that the pressure is on the pitcher in those moments. There’s a confidence with that. There’s experience that comes into play with that …”

The 2-5 Orioles have two homers and 13 RBIs, and they’ve struck out 34 times, nearly half of their at-bats.

“It heightens when there are runners in scoring position,” Hyde said. “We’re playing a lot of close, low-scoring games that puts a lot of pressure on them. I think once they relax a little bit and have a little better approach .. we’ll have some success. Give some credit to Tampa, Milwaukee, the Yankees. The guys we face out of the bullpen, it’s not easy to do. I think we’ll improve over the course of the year.”

Left-field wall: In their first four home games, Oriole pitching hasn’t allowed a home run for the first time in the 30-year history of Camden Yards. The Orioles have hit only one home run, Cedric Mullins’ grand-slam on Tuesday night, and none to left field.

Trey Mancini’s double on Tuesday was the only ball that would have been a home run in the park’s previous configurations. The left-field wall has been moved back nearly 30 feet and raised 6 feet.

“I don’t think it has a fundamental affect on how the game is played,” Hyde said. “It’s a different feeling for me. I’m probably shellshocked here. Every time a ball goes up in the air to left field here, I felt that there was a chance for a homer, and now I don’t feel that way.”

Austin Hays, who has played left field in each of the first four games, said it’s too early to draw conclusions.

Hays hasn’t noticed many changes playing in the field.

“There haven’t been any balls that I’ve had to go back on and catch near the wall yet,” Hays said. “I’m playing a little bit deeper. I have to play a little bit deeper just because it’s far. Other than that, it’s pretty standard from where I’ve always played, just a couple of steps deeper because there’s more ground to cover.”

“That’s a little bit more of a comfortable feeling, honestly, in the dugout just because I saw so many mishit balls that were homers into left-center here,” he said. “I hope our hitters keep the right mindset. It’s big out there, but there’s a whole field to play with. Some of our right-handed hitters when they’re going best, they’re driving the ball to right-center anyways. The difference here for me is balls in the air to left, I don’t drop my head like I did the last few years.”