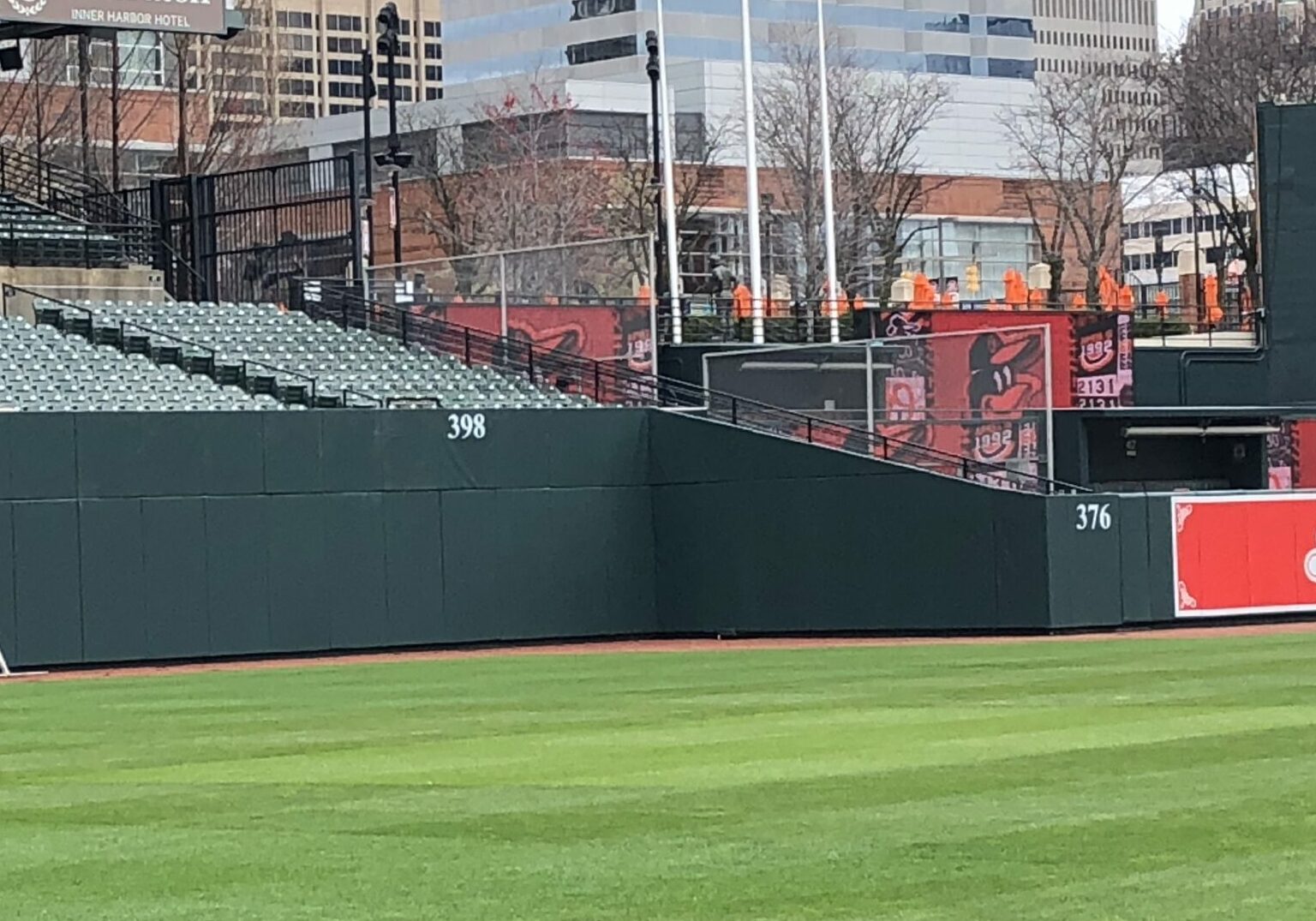 It’s a new dawn at Camden Yards, with a nod to the Orioles’ storied history. The franchise is celebrating the 30th anniversary of a ballpark that set the tone for those that followed it with exhibits and memorabilia throughout the stadium.

A significant change is a new left-field wall that was moved back about 30 feet. The team also increased the height of the fence from 7.4 feet to 13 feet, changing the complexion of the outfield. Left-center field is now 398 feet and the left-field corner is 384 feet.

The decision for the alterations was to reduce the number of home runs to left field.  In 2021, 277 home runs were hit there, the most in baseball.

“We are very pleased to share with you the almost completed left-field wall,” Jennifer Grondahl, the Orioles’ senior vice president of communications and community development, said. “They’ve been working on this for the past several months. They are just putting the finishing touches on it. It will certainly be ready for our home opener on Monday, April 11th versus the Milwaukee Brewers.”

The Maryland Stadium Authority removed 10 rows and about 1,000 seats for the left-field renovation. The Orioles were able to accommodate the fans sitting in that section by keeping them in the same location, but they will have the option to change seats if they don’t like the new setup.

“We think fans are actually going to be thinking something of a novelty to be the first fans to sit in this newly constructed left-field wall area,” Grondahl said.

Left field includes another twist — an almost 90-degree angle where the wall meets the bullpen fence. Balls will take some unpredictable bounces in that part of the outfield.

“They did a lot of studies,” Grondahl said. “There’s been a lot of work that has gone into this. Whatever design they came up with, they knew was not only going to be approved by Major League Baseball but good for the team.”

The Orioles are celebrating the 30th anniversary of Camden Yards with a season-long theme of “The Ballpark That Forever Changed Baseball.” Fans will have the opportunity to view historic memorabilia and observe never-before-seen photos from the last three decades.

Nearly 50 items are on display at the exhibit, which is on the main concourse behind home plate, including:

“The younger fans will want to see the Buck Showalter and Adam Jones material,” said Bill Stetka, the Orioles’ director of Orioles alumni and team historian. “Everybody wants to see Cal’s stuff. For the older fans, they’ll want to see the Mike Mussina and Melvin Mora type of stuff. Everybody is going to have their own preference.”

The Orioles also have a number of new food items highlighted by the debut of locally owned Jimmy’s Famous Seafood. Among the items Jimmy’s is offering include a Crab Cake Egg Roll and the Mo Gaba’s Shrimp Platter.