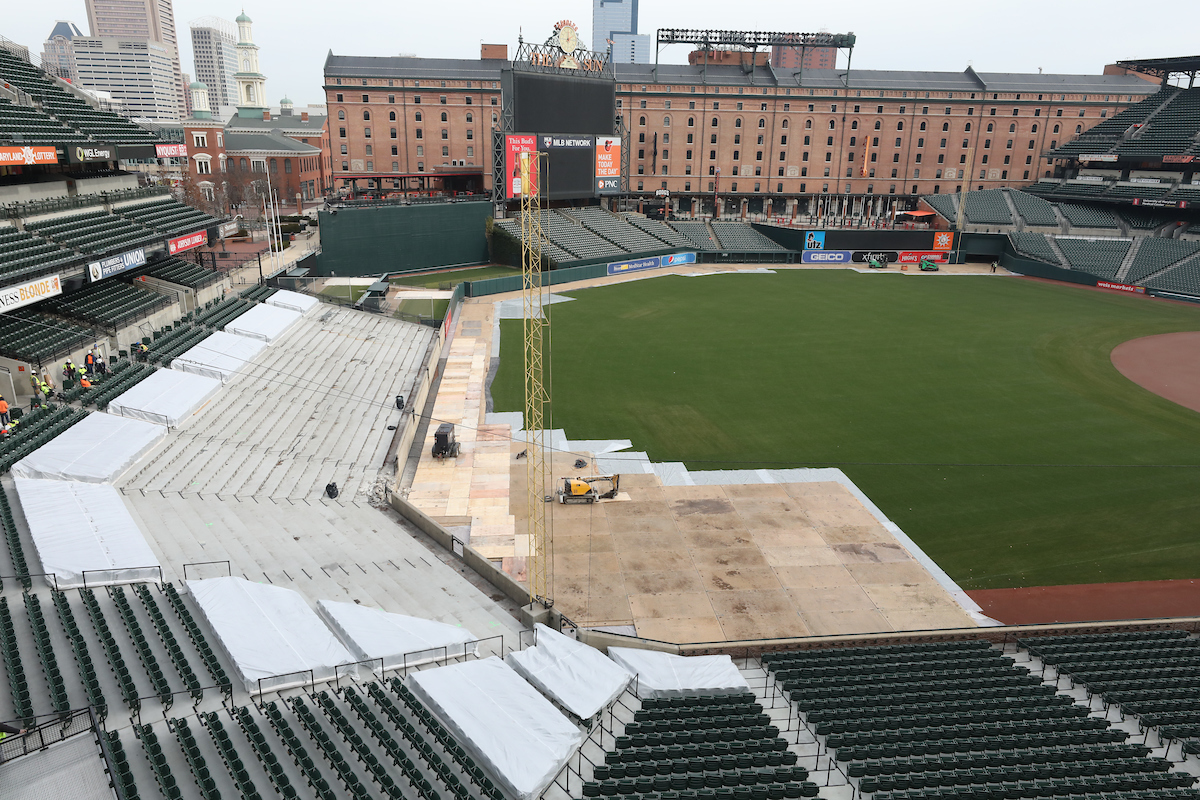 The Orioles’ decision to change the distance from home plate to left field and left-center and to raise the height of the wall was perhaps the biggest offseason news since Mike Elias was hired in November 2018.

The changes should help the Orioles. Last season, 277 home runs were hit at Camden Yards, the most in the major leagues. Watching the New York Yankees’ Gleyber Torres, Toronto’s Vladimir Guerrero Jr. and many others, hit home run after home run to left-center had to be annoying to Elias. But the move is one that has been speculated by fans for years.

Elias and the fans know how difficult it has been to lure free-agent pitchers to Baltimore. Not only do the Orioles play in baseball’s toughest division, the American League East, but pitching in home run-friendly Camden Yards makes it even harder.

The change in dimensions isn’t going to magically lure free agents for 2022, but it could help convince an undecided starter to give Baltimore a try.

Having a better team would help, too.

The decision seems to be popular with fans who are tired of watching long fly balls turn into home runs.

Elias said the the new dimensions also could add excitement, leading to more doubles and triples. Centerfielder Cedric Mullins, who hit two of his five triples at home, might have an opportunity to hit more. Mullins, who became an exclusively left-handed hitter in 2021, hit 22 of his 30 home runs at home, but only one was to left field.

Outfielder Austin Hays would appear to be a player who could benefit from the move. He’s fast and a good defender and should be able to play the new left field and benefit offensively from the new dimensions.

Renderings from the Orioles show the wall will be about 26 ½ feet deeper in left-center, and that the wall’s height will increase from about 7 1/2 feet to as high as 13 feet. The left-field corner, 333 feet from home plate, and the foul pole will remain where they have been. But the wall will quickly reach the 13-foot mark and a distance of 384 feet. Elias said the dimensions of Oriole Park would resemble those of Pittsburgh’s PNC Park. Last season, the Pirates had the third most triples in baseball, 35, 21 of them at home, and the fewest home runs, 124, 58 at home.

The Orioles hit 195 home runs, just about the league average. They hit 122 at home Their 15 triples ranked 25th in the majors. They hit eight at home, an average of one every 10 games.

In this winter of the lockout and little news, it gives fans something to discuss.

International moves: The Orioles’ signing of 16-year-old outfielder Braylin Tavera for a reported $1.7 million appeared to be another positive move.

He said the the team had been talking with Tavrea and some of the other teenagers they signed on Saturday during the time he’d been with the Orioles. It’s a sad truth that in order to participate in the international market, which the team largely eschewed for years under managing partner Peter Angelos, you have to begin contacting players at 13 or 14.

The Orioles’ new complex in the Dominican Republic has to help, as will signing a top-20 prospect. Tavera was rated 18th by Baseball America among international prospects.

Perez emphasized the youth of those signed by the Orioles, pointing out that one of the top players they recruited in 2021, catcher Samuel Basallo, who is just 17, would be a high school junior in the United States.

Basallo’s signing bonus of $1.3 million last year was the previous largest in team history. He hit .239 with five home runs and 19 RBIs in 41 games in the Dominican Summer League. Basallo has a year of professional experience, and that’s to his advantage if he comes to the United States this year and plays against high school draft picks in the Florida Complex League.

Signing teenagers also requires patience. A 16-year-old might need five or more years before he’s ready for the major leagues.

Once the Orioles get a player they’ve signed under Perez to the big leagues, it will break a long drought. They’ve had many players from the Dominican Republic and Venezuela on the Orioles, but all of them were signed by other teams and acquired by the Orioles.

Not since 2011 have they had a homegrown Dominican play for them, and they’re still waiting for their first Venezuelan signee to wear an Orioles uniform.