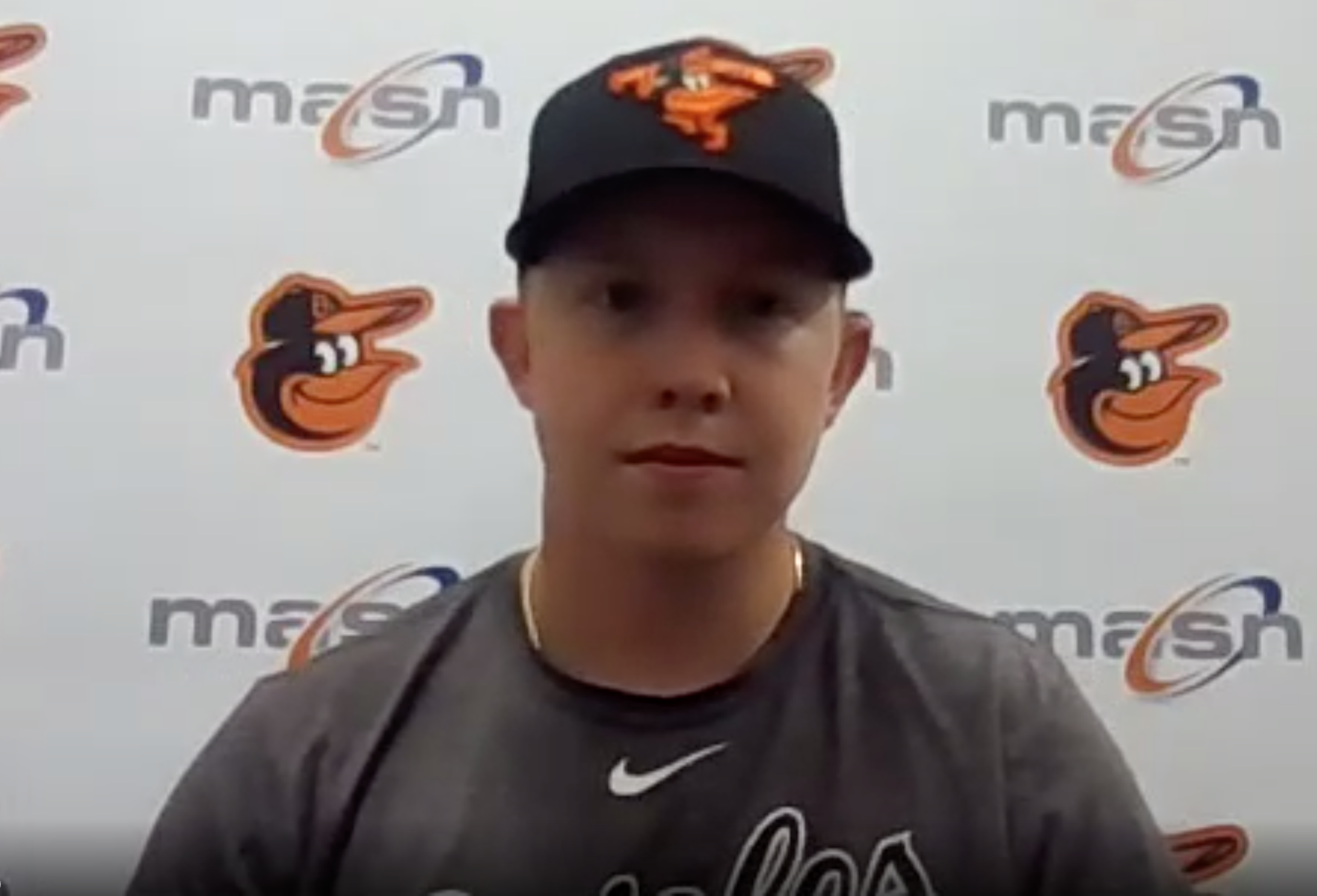 In June 2020, the Orioles made University of Arkansas outfielder Heston Kjerstad the second overall pick in the draft. Because of myocarditis, an inflammation of the heart, Kjerstad was unable to play in 2021.

Kjerstad, who will turn 23 on February 12th, has spent the past few weeks at the Orioles’ Fall Instructional League camp in Sarasota, Florida. On Friday morning, he spoke with the media for the first time about his illness.

“I’m feeling really good at this point,” Kjerstad said. “I went all through the steps, progressing through my rehab, getting back to full strength and hitting.

“I’m feeling like my old self again, swinging it well and, after a full offseason and getting the reps in and getting back into the weight room, I’ll be ready to get after it come spring training.”

After the minor league season was canceled in 2020 because of Covid-19, Kjerstad was supposed to report to the Instructional League camp but couldn’t. He was supposed to come to spring training, but 2021 was spent getting healthy.

“It hasn’t been fun,” Kjerstad said. “It’s not anything that you ever envision happening along your plan or journey — your goals you have set. It’s things you’ve just got to face. You’ve got to take head on. We’ve all faced obstacles in our careers, and this happens to be one of mine, take it one day at a time. It was a challenge getting through it, for sure. Now that we’re on the other side, I’m really happy to have it in the past and ready to move forward.”

Kjerstad was asked if the condition stemmed from Covid-19.

“It’s possible that it was Covid, but it’s nothing they can for sure say that it was 100 percent that,” he said. “It’s something that’s gone, and once it’s gone, you don’t have to worry about it anymore.”

Kjerstad has begun taking batting practice. Although there aren’t games against opponents, he has been impressing the Orioles’ other prospects.

“I think the best thing about Heston, being around him, is he’s got such a positive attitude all the time,” said Carter Baumler, the Iowa high school pitcher who was taken in the fifth round in 2020.

“For someone going through a struggle like him and maintaining such a good attitude around the whole thing, it’s pretty cool to see. It definitely sheds on everybody else. He’s a really positive dude, full of energy, full of laughter. It’s a really good thing to be around.”

Baumler had Tommy John surgery a year ago and also hasn’t played in nearly two years.

“We talked about it a little bit,” Baumler said. “Once we get back into playing, we’ll just pick up right where we left off and the biggest thing is, you’ve just got to be patient. You really want to get back out there. With circumstances, you can’t really control it. You’ve just got to do what you can do and control the controllables.”

Kjerstad said that the past year was difficult.

“I had to see a lot of doctors,” he said. “It wasn’t fun. It was pretty taxing mentally because I’m young. I never thought of being sidelined for something of that nature. The Orioles helped me see plenty of great doctors to give me a plan to follow. I followed those steps and was able to make it through. I’m back here playing and feeling great.”

Kjerstad said the road back was challenging.

“There was obviously a little doubt on how I’d come back,” he said. “There was never ‘if I would come back.’ The doctors were reassuring me that this was short term, we’re going to get you back on the field. It’s just a matter of when.

“’Through this time, let’s focus on your health. We’re going to get you healthy, and then you’ll focus on how you play baseball.’ Any time you go through any injuries or setbacks, it’s natural as a human to wonder, ‘Am I going to be the same? How will I be?’ Honestly, I think I’m going to better for it. Mentally, I went through a lot through all this, and I think it’s going to give me a little bit of an edge in my game, a different perspective on everything now and more of an appreciation for playing the game and being healthy and being able to do what I love every day.”

He said he wasn’t in pain, but it was taxing mentally.

“I felt good through the whole thing,” Kjerstad said. “It was mainly the doctors just telling me that I had inflammation in my heart, and I needed to shut things down. My day-to-day through the past year was a lot of filling my days with being productive and trying to find other ways to enhance my game, whether that was doing the mental side of the game or whether it was watching a lot of baseball, which I did. There’s a lot that I learned being sidelined and watching from afar, just gathering my thoughts, doing a lot of mental reps, obviously, anything I could aside from playing a game.”

A year after the Orioles drafted Kjerstad, they chose another collegiate outfielder, Colton Cowser, with the fifth overall pick. They knew each other from amateur teams and have become closer in Sarasota.

“Our rooms are across from each other, so we’re pretty much in [each other’s] room every day,” Cowser said. “He’s a great player, and he’s going to adjust really quickly, I believe.”

Shortstop Jordan Westburg played against Kjerstad when he was at Mississippi State.

“It’s good getting to see him back,” said Westburg, a second-pick last year.

“I know he’s been itching to get back … It’s really cool to see a smile on his face every day. He’s been really engaging every day. I know he’s been getting after it, and we all just hope he stays healthy so that he makes a big impact in 2022.”

Kjerstad might be held back to begin 2022 with one of the Florida Complex League teams or he might start with Low-A Delmarva in April. He’ll be grateful wherever he is.

“It changes you, for sure. It changed me for the better, especially mentally,” Kjerstad said. “It sharpened my mind. It’s really a humbling experience to go through something like that a young age, especially at the point in my career … I was ready to jump in the minor leagues and work my way up to the big leagues as soon as I could. Now I put a pause on that.

Call for questions: I’ll be answering Oriole questions next week. Please leave them in the comments below or email them to: [email protected]