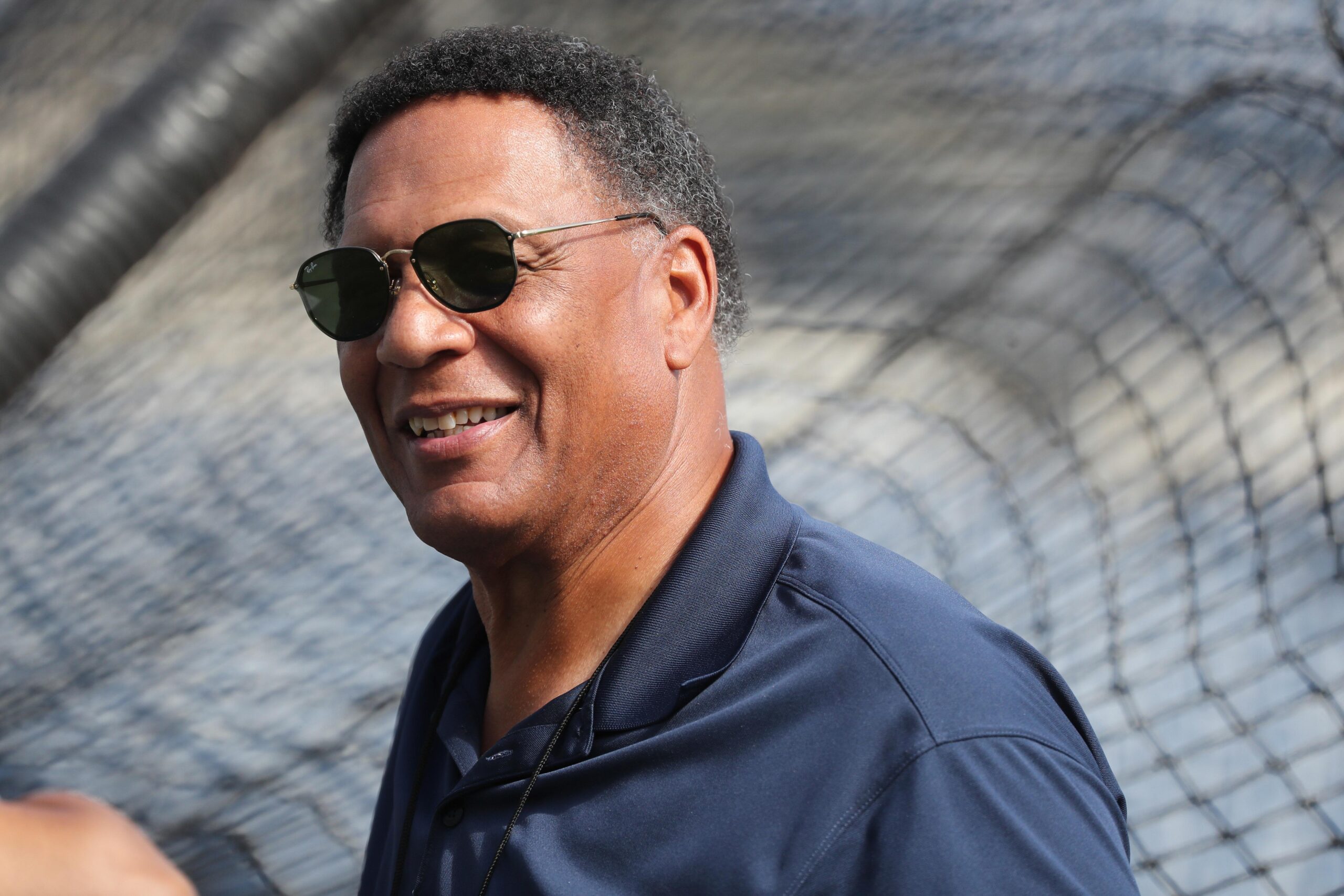 Ken Singleton played with the Orioles from 1975-1984. He’s in the top 10 in most career hitting categories and holds the team record with 10 consecutive hits. Earlier this month, Singleton, 74, announced his retirement after broadcasting New York Yankees games for the past 25 years. He still lives in the Baltimore area. The interview has been edited for brevity.

Question: Why did you decide now was the time to retire?

Singleton: “It’s been coming for the last few years. I’ve been trying to retire the last three years, but the last two, my boss talked me out of it. My boss is very persuasive and, on social media, the Yankees fans didn’t want me to leave. They didn’t want me to leave this year, either. It got to the point where I said to myself, ‘I’m not going to stay up there forever.’ As you get older, your priorities change, so just about everything I’ve needed to do in this game, I’ve done. I’ve played in All-Star games and World Series and championship series. As a broadcaster, I’ve done that, too. I just didn’t see there was anything more for me to do up in the booth. You’ve got to stop sometime.

“The amount of time I was doing games wasn’t all that many; it gave me insight into what retirement was going to be like. It’s not bad. I like waking up in the morning knowing that the day is mine to do with it what I want to do with it … I hang out with the guys and I play golf all the time, and my game has gotten better because I don’t have to leave town for a week.

“I’ve got grandkids now who are older and playing sports. I like to see them. Last weekend, I went up to New Jersey where they live to see them and saw my grandson quarterback a 20-0 win. I saw my granddaughter … Her [soccer] team won, 2-0.”

Q: You worked for the Yankees longer than you played for the Orioles. Do you still think of yourself as an Oriole?

A: “When I first started doing Yankees games, Yankees fans were quick to remind me I played for the Orioles … They’d always be on Twitter: ‘Who do you think he’s rooting for?’

“My playing days and my broadcasting days are separate in my mind. There was nothing like being an Orioles as a player. We used to have a saying: ‘It’s great to be young and an Oriole.’ Those were my playing days. One thing I found over the years doing Yankees games, Yankees fans loved to hear stories about Earl Weaver. They couldn’t get enough of them. They loved to hear those stories about Earl because they never experienced him first-hand. I was the one who could bring that to them, and they loved it.

“When I first started doing Yankees games, Oriole fans were upset. When I was doing games in Montreal for 12 years, they didn’t seem to mind that so much … It was a better job. You’re working in New York. That’s top of the line. I’m very thankful to George Steinbrenner because it’s not every owner that would let a broadcaster come in that didn’t play for his team and, in his own words said: ‘You did a lot of bad things to us. You and that Eddie Murray guy.’ After a while, he realized he made the right call … It was great to work for them. People would ask: ‘Are you a Yankee fan?’ My job was a lot easier when they won, and during my 25 years there, our statistician told me we were 694 games over .500. I like bringing good news, and that was a lot of good news. We were there 25 years, and they had a winning record every year. It was a lot of fun to cover a team like that.”

Q: Do you feel you were overlooked as an Oriole?

A: “As the years have gone by, people have looked at me differently. They look at my stats a little different and what I was able to do. Do I think I was overlooked? It didn’t really matter to me then because I was just doing my job.

“One spring Earl told me he was going to bat Eddie fourth, and he said: ‘Your job is the same. If you don’t hit a home run, get on base so he can hit one.’ I took that seriously because it was my job. On-base percentage wasn’t thought of as it was now, but it was my job. I got on base consistently. [Singleton holds the club record for highest on-base percentage: .438 in 1977].

“Earl knew what it was about because my first year with the Orioles he batted me first, and I’d never done that before. [He had a .415 OBP in 1975.] That stat was kind of overlooked. Now that would be big-time. It didn’t really matter. I just wanted to win games. In the 10 years I was in Baltimore, we had a winning record every year. I had a chance to be a free agent twice and both times I re-signed. I didn’t feel like leaving. I was happy where I was.”

A: “Hitting’s changed. Everybody’s looking to launch the ball, to hit the ball in the air, which is OK. With these type of swings you’re getting now and as hard as pitchers throw now, there are more hard throwers now than when I was playing. It’s obvious and they can keep the fastball elevated around the letters or just below and with the launch angle swings, it’s very hard to hit that pitch, especially guys throwing upwards of 100, it’s hard to get on top of it.

“In my day, there were more sinker/slider-type pitchers. They were trying to keep the ball down, down and away. Home runs are good and Earl loved them, but he liked guys that could hit and get on base, too. Earl’s favorite was the three-run homer. It wasn’t the solo shot. There were more well-rounded hitters back in the day, guys who could hit home runs and wouldn’t strike out as much … This endless walking up and walking back to the dugout, sometimes it makes the game a little boring to me, but I realize there are more hard throwers.”

A: “I still like it because I think the players are the best they’ve ever been. I just think they’re in better condition. They all have their dietitians and their trainers. They’re in good shape. I can’t understand all these injuries, but they happen. In a way, I think the players are overtrained. They’re wound too tight. Baseball is a game of stops and starts, real quick movements, swinging as quick as you can, not as hard as you can, but as quickly as you can, and sometimes these tight muscles, they just pop. You had to be as fluid as you can be.

“The game has changed financially. There’s a lot more money in it. I’m happy for that. I think that I played with the best generation of players because we were willing to not play [in 1981] to make things better for all of us. We did it. For these future ballplayers and guys who are playing now, I hope they appreciate it because when somebody’s making $35 million or $40 million a year, it wasn’t always that way.”

Q: Even though you worked for the Yankees, you live here. Do you follow the Orioles closely?

A: “Oh, yeah, of course. If I wasn’t away working and the Yankees weren’t playing, I’m going to watch the Orioles because we play them 19 games because most of them are games I’m going to do. I’ve gotten to know the Orioles backwards and forwards, almost as well as I know the Yankees. Even when I’m watching a Yankees game, in between innings, I would flip over to the Orioles games to see what’s going on with them.”

Q: Do you think the Orioles are on the right path?

“It will probably continue next year, too, but I think their outfield is solid. That’s one thing they don’t have to worry about with [Austin] Hays, [Cedric] Mullins and [Anthony] Santander. I know [Ryan] McKenna is a good defensive outfielder, but he hasn’t hit much yet.

“Supposedly they have some guys in the minors. Their minor league system is rated higher. The whole key to the Orioles is the pitching. I know [Adley] Rutschman should be playing in the big leagues next year. That will be a major improvement. They just have to decide who’s going to be the backup. Maybe they need a solid infielder. Maybe they need one of their draft picks to come through … I think Rutschman is ready if you ask me. If he has a good spring, he should make the team. They shouldn’t fool around with service time. Just play him. I don’t think the fans would be happy if the Orioles sent him out the first month to mess with his service time. They’ve waited long enough. They want players. They want young players. If it was up to me, he’d be on the team.”