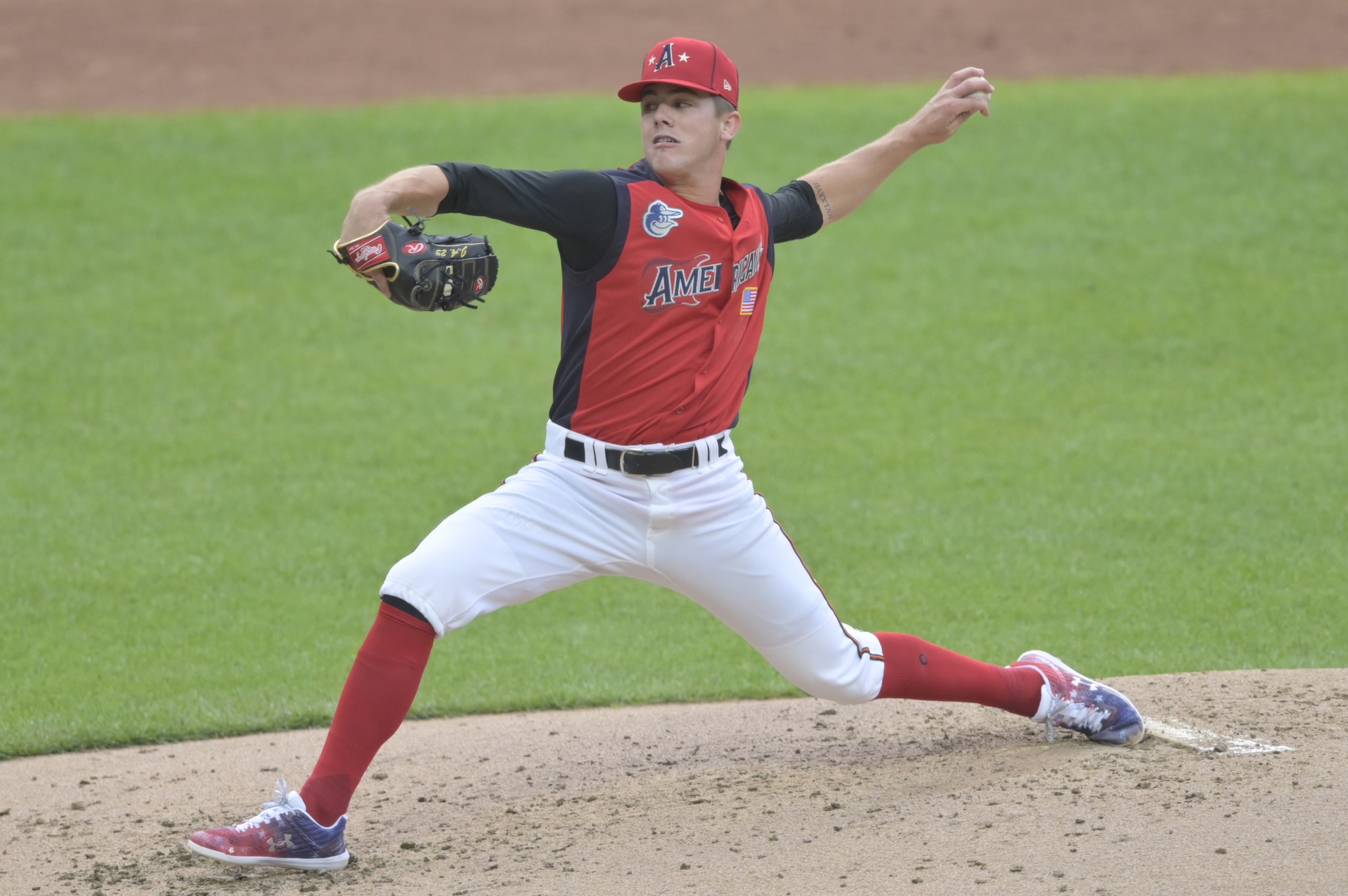 A number of the Orioles’ top prospects reported to the Ed Smith Stadium complex in Sarasota, Florida on Monday for four weeks of instruction. There are intriguing players and storylines to watch.

Heston Kjerstad’s progress:  Kjerstad was the Orioles’ first draft choice in 2020, the second overall pick, and because of the canceled minor league season and myocarditis, enlargement of the heart, he wasn’t able to play.

The condition carried into this year. After a brief stay in Sarasota, the 22-year-old outfielder from the University of Arkansas went home and didn’t return until last month, when he posted a video of himself hitting.

It will be interesting to see how quickly he makes up ground. Boston Red Sox left-hander Eduardo Rodriguez, who started Game 3 of the American League Championship Series on Monday night, missed 2020 because of the same ailment but was able to pitch this season.

There aren’t any organized games during the Instructional League, so Kjerstad’s professional debut will come next spring if he remains healthy.

Colton Cowser’s fast start: Cowser, who was the fifth overall pick in this year’s draft, made a strong first impression. After seven games in the Florida Complex League, where he hit .500 (11-for-22), Cowser hit .347 with a home run and 26 RBIs in 25 games for Low-A Delmarva.

The 21-year-old outfielder from Sam Houston State could start next season at High-A Aberdeen and follow the path of Kyle Stowers, who was promoted twice, to Double-A Bowie and to Triple-A Norfolk. Stowers shared the Orioles’ Minor League Player of the Year award with top prospect Adley Rutschman.

Along with Yusniel Diaz, Stowers is in the Arizona Fall League and not at the Instructional League camp.

Pitching prospects: Grayson Rodriguez, the top pitching prospect in minor league baseball, isn’t in Sarasota. DL Hall, the Orioles’ top draft pick in 2017 who missed time this past season because of an elbow injury, is there. The 23-year-old left-hander began the season ahead of Rodriguez, who started at Aberdeen.

The best-case scenario for Hall is that he recovers fully, as Mike Baumann did from his forearm injury, and ends 2022 with the Orioles, but not before a stop at Norfolk.

Class of the infield: In 2019, Gunnar Henderson was the Orioles’ second-round draft choice. In 2020, Jordan Westburg was the 30th overall pick in the draft. Both began the year at Delmarva and advanced to Aberdeen before ending it at Bowie.

Henderson and Westburg both play shortstop and third base. Henderson hits left and is just 20. Westburg, 22, hits right-handed.

It wouldn’t be a surprise if both Henderson and Westburg ended 2022 with the Orioles.

The Orioles have a few prospects in Sarasota who are trying to convince the team that they should be protected.

This past season was more challenging for the 22-year-old, who was born in Bermuda but raised in Canada. Hall hit .248 with three home runs and 27 RBIs and struck out 100 times in 81 games at Aberdeen.

Right-hander Ignacio Feliz, who was 4-3 with a 3.52 ERA in 21 games for Delmarva and Aberdeen, and right-handed relievers Félix Bautista and Adam Stauffer are also in need of protection.

DL Hall is also eligible for the Rule 5 draft and will be added to the 40-man roster next month.

Under the radar: When the Orioles traded Andrew Cashner to Boston in July 2019, they received two young players. The two, infielder Noelberth Romero and outfielder Elio Prado, have advanced in the system and are in Sarasota.

The 19-year-old Romero hit .229 in 40 games in the Florida Complex League. Prado played in the Dominican Summer League in 2019 but has yet to play in the U.S.

Another prospect, right-handed pitcher Jean Pinto, acquired as part of the trade for José Iglesias last December, was 2-2 with a 2.30 ERA in 14 games in the Florida Complex League and Delmarva. Pinto struck out 84 and walked just 17 in 66 2/3 innings.

Garrett Stallings, a right-hander who was acquired with Pinto, is also in Sarasota. Stallings was 10-6 with a 4.67 ERA in 23 games for Aberdeen and Bowie.