Orioles start to gain ground in the Dominican Republic - BaltimoreBaseball.com 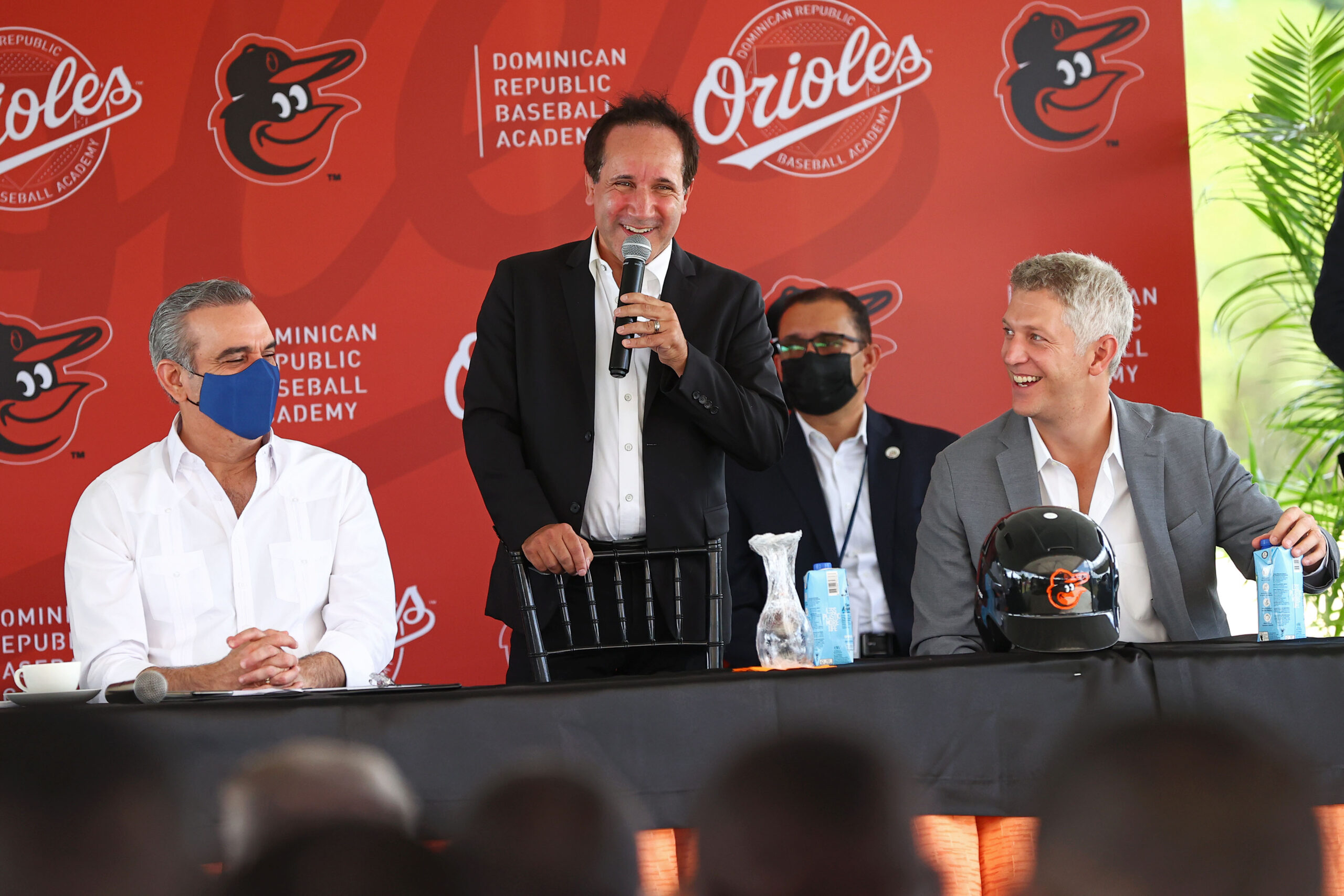 In 2021, the Orioles had 12 players from Latin America on their roster. None was originally signed by the team.

Signing and developing talent from Latin America has been a priority for Mike Elias’since he became the Orioles’ executive vice president/general manager in November 2018. The Orioles hope they took a large step with last week’s groundbreaking of a new academy in the Dominican Republic.

The October 6th groundbreaking in Guerra, 22 miles from the Dominican’s capital city, Santo Domingo, is another sign that the Orioles are serious about improving their talent in that baseball hotbed.

“We have made tremendous strides over the last couple of years in establishing our international presence and revamping our baseball operations infrastructure, and this project may be the most momentous step yet,” Elias said at the groundbreaking.

“International scouting and player development are critical to the future success of the Orioles, and baseball as a whole. This new academy will be the Latin American home of the Orioles, and once completed we expect it to be one of the finest training facilities in the Dominican.”

The Orioles haven’t had a homegrown Dominican player since shortstop Pedro Florimon played four games for them in 2011 and have never had  a player from Venezuela who originally signed with the team.

The Orioles have scouted and signed players from the Dominican Republic and Venezuela since the arrival of Elias and Koby Perez, the team’s senior director of international scouting,  but it’s a long process.

Under Peter Angelos, the Orioles shied away from a major commitment to Latin America, though Elias’ predecessor, Dan Duquette, did make some inexpensive signings.

Pitcher Ofelky Peralta, who has been in the organization since 2013, is the closest to the major leagues. Peralta, a 24-year-old right-hander, was 9-4 with a 4.73 ERA in 23 games with Triple-A Norfolk and Double-A Bowie.

Last week, Peralta signed a minor league contract with the team for 2022.

Jonathan Schoop, who was signed by the Orioles in 2008 at 16, is another success story. Under former pitcher Calvin Maduro, the team did scout in Curacao, Schoop’s home, and Aruba, but Maduro left the team after Elias arrived.

In July 2018, when the Orioles traded Manny Machado to the Los Angeles Dodgers and began their rebuild, Duquette said that the Orioles were returning to the Dominican Republic in a big way.

Even though it was too late to sign most of the best international prospects by then, the Orioles did come up with a player who had an excellent showing in his first year in the United States, third baseman Moises Ramirez.

Some other strong prospects are players the Orioles acquired in trades. Infielder Isaac De Léon, acquired from Miami for reliever Richard Bleier, hit .276 with a home run and 23 RBIs in 45 games in the Florida Complex League. Outfielder Mishael Deson, who came from Colorado in the trade for reliever Mychal Givens, hit .369 with three homers and 16 RBIs for the Florida Complex League Black team and earned a promotion to Low-A Delmarva.

Right-handed starter Jean Pinto, who was traded by the Los Angeles Angels to the Orioles as part of the return for shortstop José Iglesias, was 1-1 with a 1.80 ERA in five games for Florida Complex Leauge Black team and was 1-1 with a 2.51 ERA in nine games for Delmarva.

The Orioles were far behind other major league teams in the Dominican Republic when Elias was hired. The team signed 27 players when the international signing period began on July 2, 2019. Many of the prospects signed in 2019 played in the Florida Complex League this year. Those signed last January played in the Dominican Summer League.

Players signed at 16 might take five years or more to develop. Because the Orioles had been out of the big-ticket international signing bonus market for years, it will take time before they’re considered a major player. Young players often commit to teams a few years before they’re legally able to sign.

The Orioles hope the Dominican complex will help. To underscore the Orioles’ commitment, team chairman and president John Angelos attended the groundbreaking.

“This partnership group continues to execute the long-term plan announced in the fall of 2018 to invest and reinvest in baseball facilities, technology, front office research and expertise, and player talent. Our organization’s capital commitment to the Dominican Republic is yet another demonstration of our confident long view of the value of MLB, Orioles, and Camden Yards brand platforms,” Angelos said. “As we continue to invest and give back across Maryland and Florida, we see this as another opportunity to make a difference internationally in the Dominican community as we strengthen the future of Orioles baseball.”

Former Oriole pitchers Daniel Cabrera and Radhames Liz, who were two of the few players from the Dominican who were signed and developed by the team, were two of several who attended the groundbreaking.