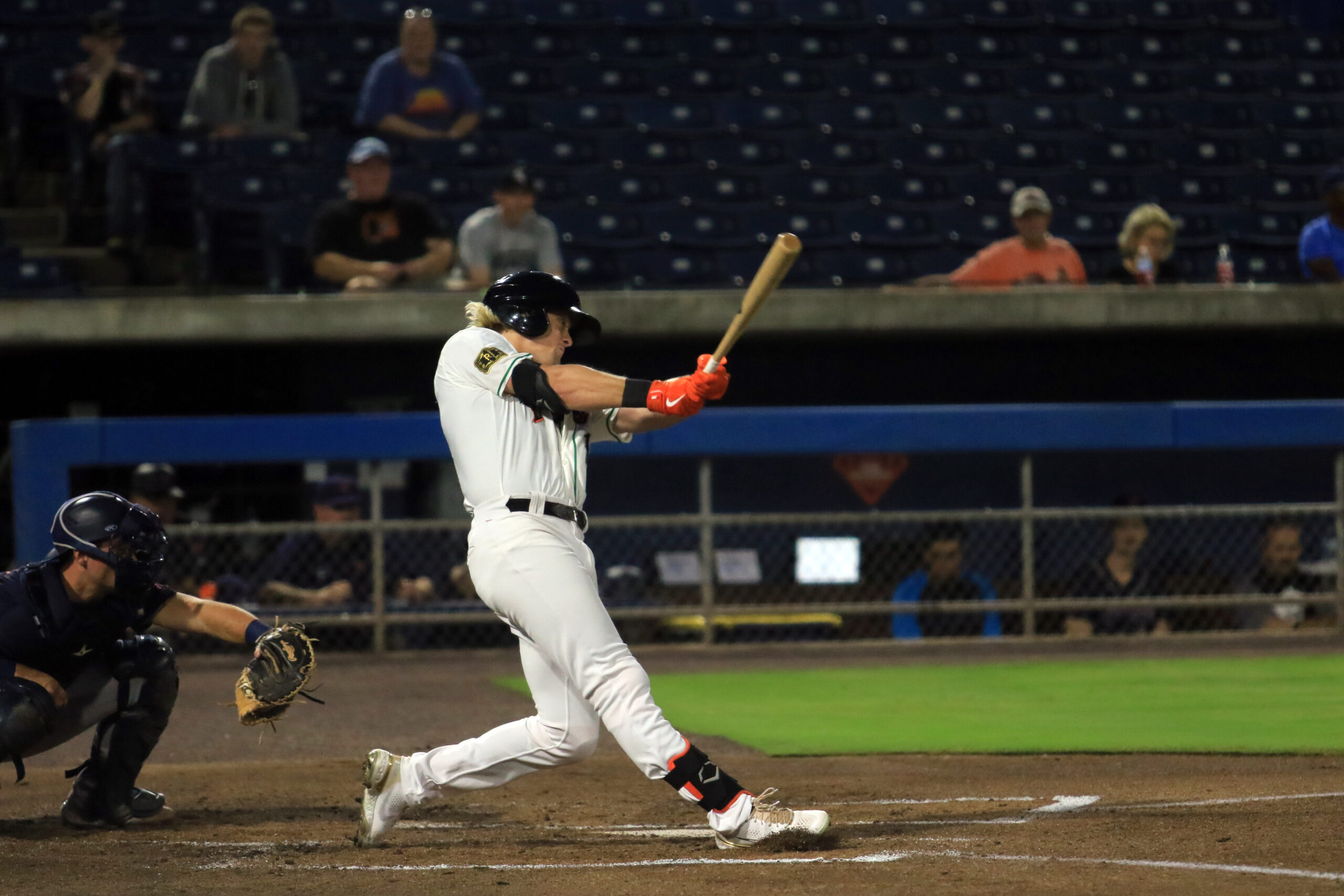 Kyle Stowers comes off as the quintessential surfer dude with his blonde hair and laid-back attitude.

However, once he’s on a baseball diamond, it’s all business.

The California native and Stanford grad was one of the most productive players this season in the Orioles’ farm system, and he was recently named Brooks Robinson Co-Minor League Player of the Year Award, an honor he shared with catcher Adley Rutschman.

Stowers slashed .283/.387/.526/.914 with 23 doubles, a triple, 27 homers and 84 RBIs between High-A Aberdeen, Double-A Bowie and Triple-An Norfolk. He was also solid defensively and showed the tools that can translate to the major-league level.

Stowers, 23, hopes he has a chance to make the Orioles out of spring training in 2022.

“Obviously, I have a high belief in myself as a player and what I’m capable of doing on the field,” Stowers said. “But … that being said, I wasn’t necessarily expecting anything in terms of moving up. It’s been fun to kind of experience different coaches, different levels, different players.

“And then having good friends at each level has been a lot of fun. There is a special group of people in this organization, and everywhere you go, you are able to fit right in, get comfortable, and it’s made an easier transition onto the field.”

Stowers led the Orioles minor-league affiliates in home runs even with the two promotions.

Stowers, who was selected by the Orioles with the 71st overall pick in the 2019 Major League Baseball draft, is rated as the No. 11 prospect in the Orioles’ system by MLB Pipeline and No. 17 by Baseball America.

Over a full minor-league season, Stowers said he grew as much mentally as he did technique-wise as a player. He plans to carry the momentum he built this season into the Arizona Fall League.

Rutschman and Stowers became friends as their paths crossed at Bowie and Norfolk. He was happy to share the Minor League Player of the Year Award with his pal.

The two could be reunited again next season in Baltimore.

“Kyle and I are super close and, having the opportunity to play with him this year again, for the first time since 2019, it’s a blessing,”  Rutschman said. “We’ve had a lot of fun this year and it’s great to be able to share this with him. It would be awesome [to play together in the majors]. You can’t really draw it up any better than playing with your good friends and having good people around you as you’re playing. It just makes the whole experience so much more fun and enjoyable.”

Baysox manager Buck Britton was named the winner of the Cal Ripken Sr. Player Development Award, named for the late coach and manager who designed  “The Oriole Way.” Britton has been impressed by the influx of talent, highlighted by Stowers, Rutschman, and pitcher Grayson Rodriguez, who was named Jim Palmer Minor League Pitcher of the Year. In 2019, Rodriguez shared the award with Mike Baumann, with whom he played this season at Bowie.

“You are talking about elite players at the top, but this system as a whole has gotten a lot better,” Britton said. “The influx of talent, just in the last couple of years, has been incredible. So, yeah, to have these guys at the top, I think they are going to represent that next wave that gets here and hopefully fit in with the guys playing well here and … this thing turns around pretty quick.”