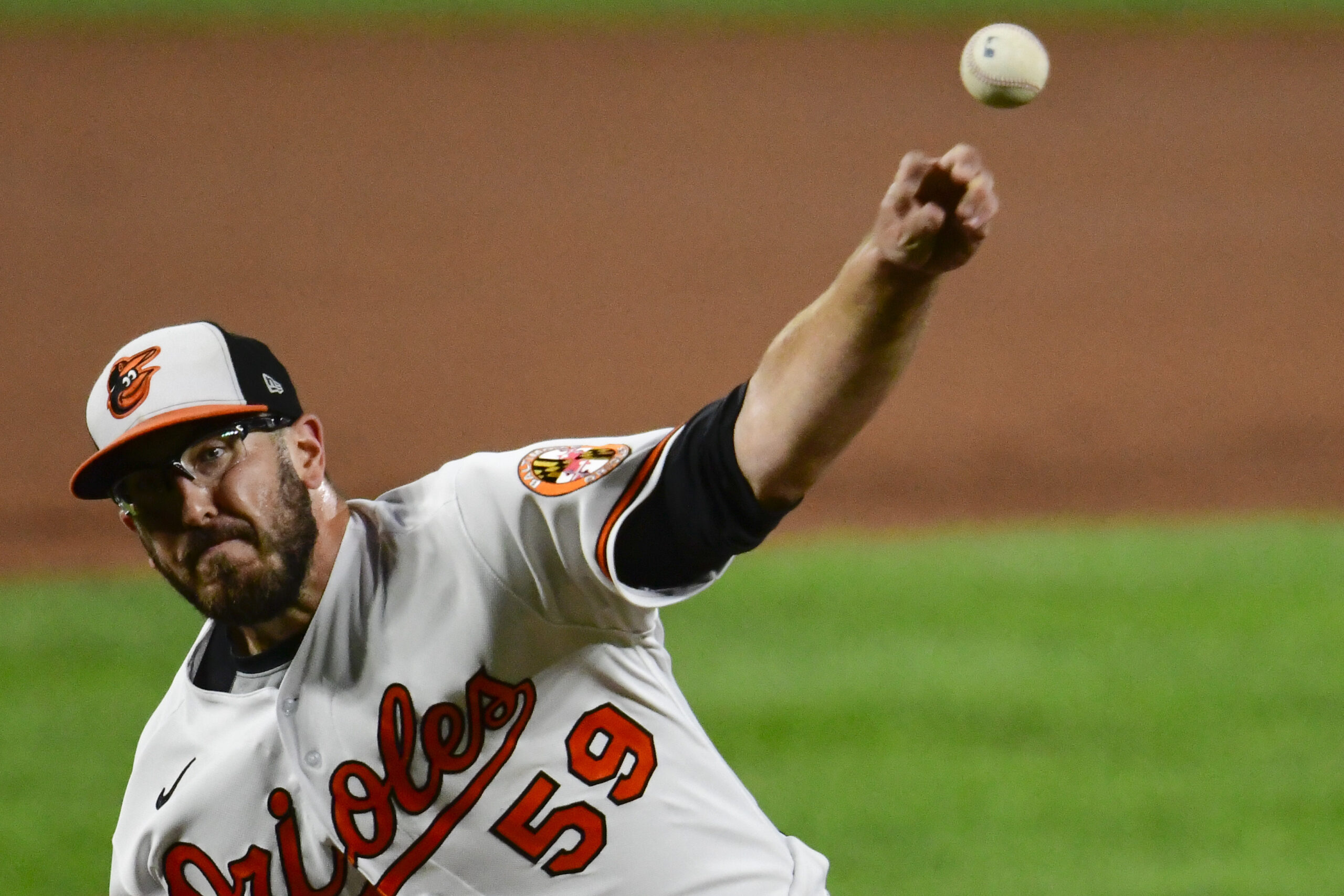 BALTIMORE—After 13 days of playing teams in playoff contention, the Orioles received a respite in the schedule and played the first of four games with another rebuilding team, the Texas Rangers, on Thursday night.

Behind a string of solid pitching performances, the Orioles beat the Rangers, 3-0, before an announced crowd of 6,328 at Camden Yards.

It was the Orioles’ fifth shutout of the season and their second in the last four games. It’s their first shutout at home since July 21, 2019. They are 49-104 with nine games to play, the same record as the Arizona Diamondbacks in the battle for the top pick in the 2022 draft. Texas is 55-98.

Zac Lowther pitched five scoreless innings, allowing just three hits. He walked two and struck out seven, including five in the first two innings. Lowther (1-2), who recorded his first major league win, hadn’t struck out more than four in any of his previous four starts. No runner reached third.

“I got my fastball established inside, and I was able to get some offspeed pitches over for strikes and being able to put them away was a big focus this week,” Lowther said. “My ability to do that got me the strikeouts and fastball command put me in those positions to get the strikeouts, so I was happy with that.”

Lowther probably will have one more start before the season ends.

‘Every year you try to just finish strong and be able to end on a good note,” Lowther said. “This being one of the last outings of the year for me, going forward it’s a good learning moment for me to take into the offseason and put towards my work, and then just the confidence boost, having a good outing this late in the season after some struggles.”

“Being able to do what I am good at consistently over and over is going to give me good results and we’ll trust that and go out and do that.” Lowther said

Mike Baumann replaced Lowther and pitched a scoreless sixth. In the seventh, Baumman left after Nick Solak’s single and a one-out walk to Jonah Heim. After the game, Baumann was optioned to Triple-A Norfolk.

With runners on first and second, Cole Sulser relieved Baumann and got two grounders to end the inning.

“Sulsey cleaned that up very nicely,” manager Brandon Hyde said. “The biggest outs of the game.”

Sulser pitched a perfect eighth, and Tyler Wells a scoreless ninth for his fourth save.

The Orioles played three tough games in Philadelphia, winning the first, 2-0, and then losing two one-run games, 3-2 and 4-3.

In the bottom of the fourth, Ryan McKenna doubled with one out. Jahmai Jones singled and, with McKenna on third, Richie Martin brought him home with a bunt.

Glenn Otto (0-3) allowed a home run to Ryan Mountcastle, his 31st, with two outs in the fifth to give the Orioles a 2-0 lead. Austin Hays hit his 22nd home run with one out in the eighth.

Cedric Mullins, who hit his 29th home run on September 11th, was hitless in three at-bats. He has nine games to hit his 30th home run and become the first Oriole to hit 30 home runs and steal 30 bases in the same season.

Minor league update: Bruce Zimmermann allowed two runs on four hits in four innings in a rehab start as Triple-A Norfolk beat Charlotte, 8-4, in the first game of a doubleheader. Zimmermann is on the 60-day injured list because of a sprained right ankle and could return to the Orioles next week. He struck out six without walking a batter.

Trailing 2-0 in the best-of-five series, Bowie plays at Akron on Friday in the third game of the Double-A Northeast Championship Series.