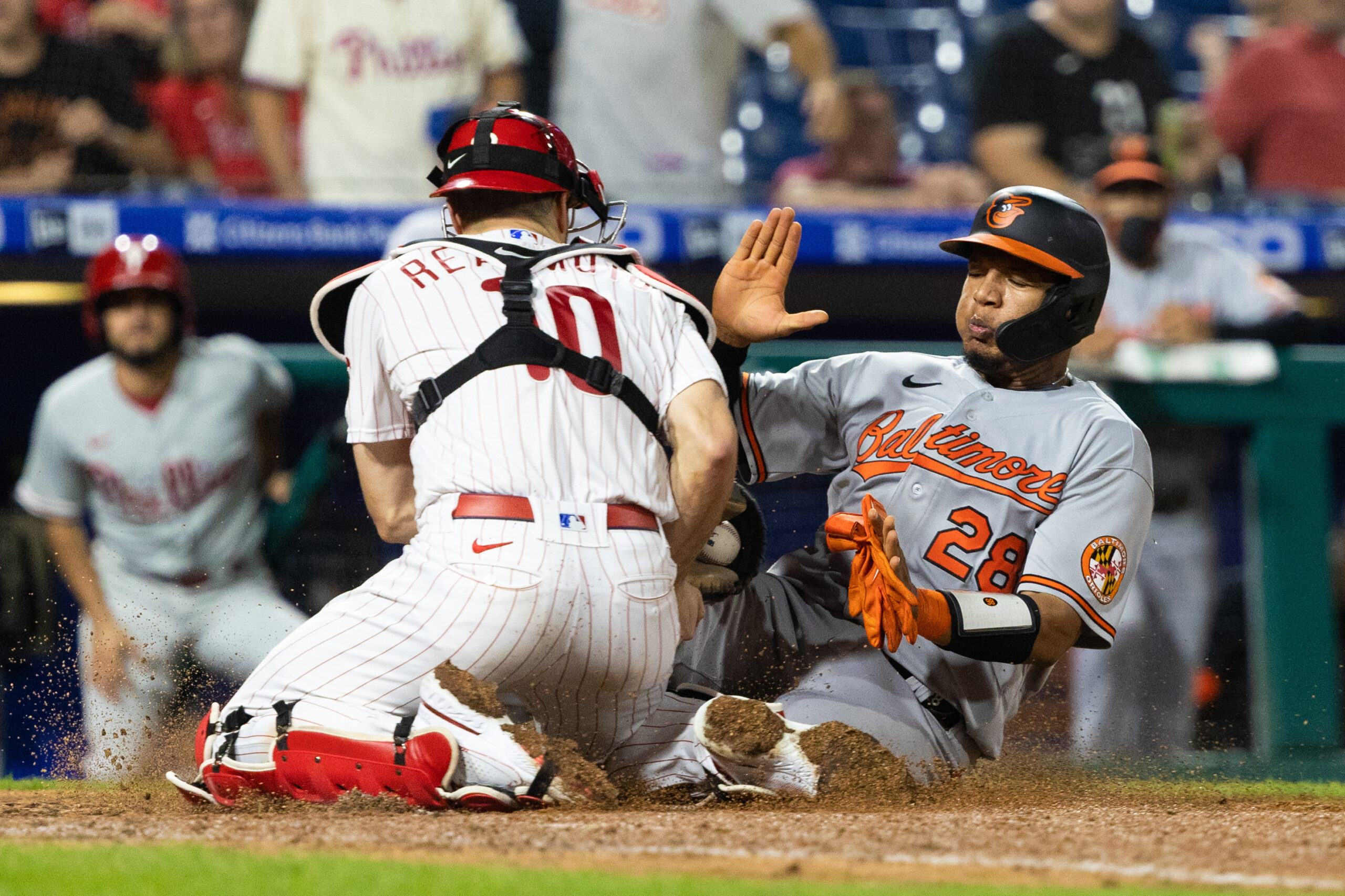 PHILADELPHIA—The Orioles headed back to Baltimore knowing that they pressed the Philadelphia Phillies in three consecutive games, winning the first and letting the other two slip away. They also know that the manager who has had their backs throughout another difficult season is coming back in 2022.

Brandon Hyde will return as manager, according to a report in The Athletic, which said Hyde’s original three-year contract with an option had been amended last winter to guarantee a return in 2022. Hyde didn’t directly address his contract status after the Orioles lost, 4-3, on Wednesday night but did say: “I am very excited to come back.”

The Orioles nearly gave him more reason to be excited.

After winning Monday’s game, 2-0, behind pitcher John Means and losing Tuesday’s game, 3-2, on a two-out triple in the bottom of the 10th by J.T. Realmuto, the Orioles got a solid start from Keegan Akin on Wednesday and were tied 2-2 heading into the bottom of the seventh before losing 4-3 before an announced crowd of 18,133 at Citizens Bank Park.

The Orioles (48-104) trailed 4-2 but rallied in the eighth against Cam Bedrosian. Ryan Mountcastle led off with a scorcher that Phillies first baseman Matt Vierling nabbed. Austin Hays walked and moved to second on a passed ball by Realmuto. Pedro Severino doubled to score Hays. After Ryan McKenna struck out, Pat Valaika singled to right and third base coach Tony Mansolino waved Severino home, but Bryce Harper’s throw easily beat Severino and Philadelphia (78-74) led, 4-3.

Ian Kennedy began the ninth by getting Richie Martin to pop to short and striking out Kelvin Gutiérrez looking. Jahmai Jones and Cedric Mullins walked, and Mountcastle flied out to right, giving Kennedy his 25th save.

“I’m disappointed that we had a couple winnable games here the last two games,” Hyde said. “I’d like to give our guys credit for playing a postseason contender in the situation we’re in, roster-wise, and how beat up we are and we’re playing a lot of guys who’ve played in the big leagues hardly at all.

“I thought we pitched well. We made a couple of mistakes out of the bullpen tonight. For the most part, for three days, we pitched the best we’ve pitched since the beginning of the year, and I take that as a positive.”

The Orioles played without rightfielder Anthony Santander, who nearly caught Realmuto’s drive on Tuesday night and tweaked his left hamstring. Before the game, they placed infielder Ramón Urías on the 10-day injured list because of an upper leg injury.

In the top of the sixth, Mountcastle walked against Zack Wheeler. Hays doubled to left, scoring Mountcastle. Hays took third on the throw, but Severino and McKenna were both called out on strikes to end the inning.

Akin pitched 5 1/3 scoreless innings, allowing five hits, walking one and striking out six. In the first and second, Akin had runners on first and second, but none budged. After Jean Segura’s leadoff single in the third, Akin retired nine straight until Harper singled in the sixth.

“We faced an ace tonight, and Keegan Akin took him toe-to-toe,” Hyde said.

Eric Hanhold replaced Akin after Harper’s hit and got Realmuto on a fly ball to center, But on a 2-1 pitch, Andrew McCutchen homered to left-center, his 25th, to give Philadelphia a 2-1 lead.

Wheeler who leads the major leagues in innings pitched (206 1/3) and strikeouts (209), was pulled after six innings. He allowed four hits, walked two and struck out nine.

Sam Coonrod couldn’t hold the lead in the seventh. Martin singled with one out and Gutiérrez walked. Both runners advanced on a wild pitch by Coonrod, and Martin came home on a ground out by Trey Mancini to tie it at 2.

Connor Greene (1-2), who was Tuesday night’s opener and pitched the first inning, came in for the bottom of the seventh. Vierling reached on an infield single. Brad Miller doubled and, with one out, Segura’s fly to center scored Vierling for a 3-2 Philadelphia lead. Harper was intentionally walked, and J.T. Realmuto singled to score Miller.

José Alvarado (7-1), who got the last out in the top of the seventh, was the winner.

Brooks Kriske, the 60th player used by the Orioles this season, got the final out of the seventh. Kriske, who was named after Orioles legend Brooks Robinson, has a relationship with the Hall of Famer.

“Every year, we’d go out to eat, and he’d come out to my practices and kept in touch that way,” Kriske said. He’s yet to hear from Robinson since joining the Orioles last week after being claimed on waivers from the New York Yankees.

“Hopefully, I’ll be able to meet up with him in the coming days,” he’s said. “He’s always so humble, so gracious. He’s a gentleman. That’s what every person who’s come across him has said.”