Ciuffo does everything but play games as a catcher on the Orioles' taxi squad - BaltimoreBaseball.com 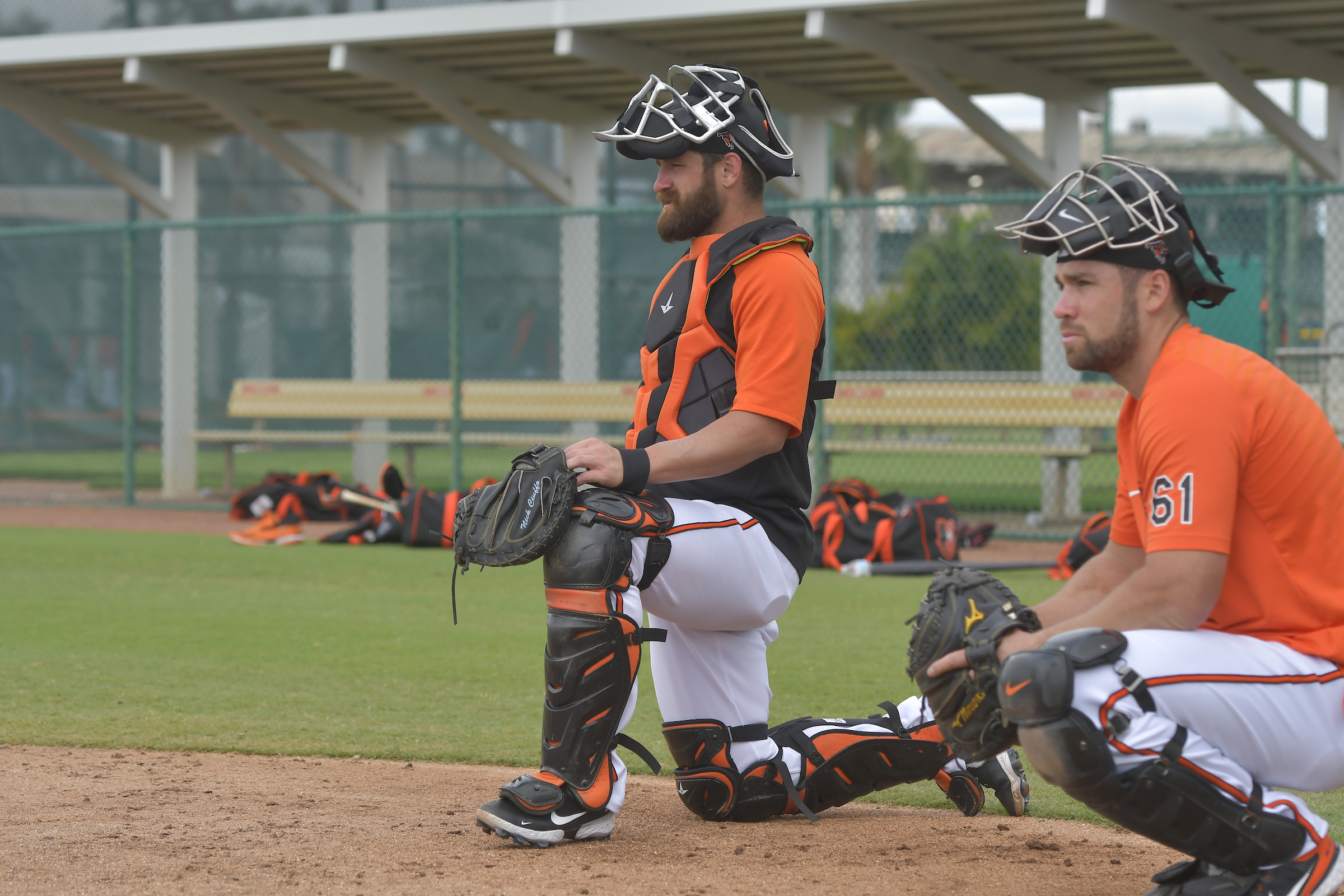 PHILADELPHIA—During the pandemic-shortened 2020 season, Major League Baseball added a taxi squad for road trips. Each team could carry five players, which had to include a catcher, in case of injury or illness. That practice is optional this year—except that if there’s a taxi squad, it must include a catcher.

For most of the Orioles’ trips this season, the Orioles’ taxi squad catcher has been Nick Ciuffo, a 26-year-old who played 19 games for Tampa Bay in 2018 and 2019 and signed a minor league contract with the Orioles last December.

Austin Wynns was on the taxi squad early this season before he was brought back to the Orioles, and Cody Roberts, who’s now with Double-A Bowie, was on a trip when Ciuffo was unavailable. For the most part, though, it has been Ciuffo’s assignment.

“He’s been here quite a bit,” manager Brandon Hyde said. “He does most  everything guys on the 28-man roster do. He’s out there with the pitchers early, he’s catching some sides. He takes batting practice with the team, does his cage work, so he stays ready in that way. Having him around as much as we’ve had him, it does feel like he’s on the team.”

As a member of taxi squad, Ciuffo travels with the team and receives major league meal money. He’s there if a roster move needs to be made. Outfielder Ryan McKenna has been activated from the taxi squad, as has pitcher Thomas Eshelman.

However, the Orioles haven’t needed to use the 10-day injured list for a catcher this year, so Ciuffo heads back to the team hotel after practice to watch the game on television.

“At times I felt overwhelmed by the major leagues,” he said of his time with the Rays. “Being on taxi squad, it’s made being in the big leagues a little bit more normal, which I think is a really good thing.”

Ciuffo hasn’t gotten much live game action in 2021. Between the time on the injured list and the road trips, he has played in only 17 games for Triple-A Norfolk. Recently his possible playing time at Norfolk has been taken by top prospect Adley Rutschman.

“It’s not an ideal situation,” Ciuffo said. “You don’t want to go on the taxi squad because you do miss games and when you do it over and over and over again, you miss a decent amount of games. But on the flip side of that, I wouldn’t want anyone else going because if somebody else is going, I’m not one call away.

“That’s kind of the give and take with it, but I still have a job. There’s  a lot of people in the country who’ve been affected a lot worse by this coronavirus by the stuff that’s happened as far as businesses being shut down. For me to still have a job and still be able to come to the ballpark, and being paid to do it, is still a great thing.”

Ciuffo’s father, Tony, was in sports media. For 20 years, he was the assistant athletic director and radio play-by-play announcer for College of Charleston sports.

“I definitely had some training growing up as far as interviews go,” Ciuffo said.

He wanted to be a ballplayer from the time he was 6 or 7 but thought he could be a broadcaster if he didn’t make it.

“I don’t think I developed a voice for it,” he said. “Now, as I’ve gotten older, coaching is probably the way I’d stay in the game, coaching coaches in somewhat of a coordinator role because I truly love the art of catching.”

He has enjoyed watching Rutschman in Norfolk. “He can really play,” Ciuffo said. “He does things that most guys coming up don’t really do, some little things. The thing that really sticks out is that the kid can just hit. The kid flat out hits. It doesn’t matter what count.”

Ciuffo knows the position comes with a lot of wear and tear. “I’ve had so many hand injuries at this point,” he said, citing injuries to the thumb, second finger and pinkie.

“We’re knocking the old fingers off the list,” he said. “I’ve broken a bunch of them now. It’s one of those of things as a catcher. I’ve been fortunate. My injuries have been hands and stuff like that. Once it’s over, it’s over, and I don’t have to worry about it. It’s all healed … Everything else is good. We’re towards the end of the season. We’re running out of games, but I’m staying ready and ready to play whenever they need me.”

Notes: Cedric Mullins is not in the starting lineup for Monday night’s game against the Phillies. Hyde is hoping to use him as a pinch-hitter. Mullins earned MLB’s Play of the Week award for robbing Gary Sánchez of a home run on September 15th. Stevie Wilkerson made the last Orioles Play of the Week in September 2019. … The Orioles might throw a bullpen game on Tuesday night. Keegan Akin will startson Wednesday. … Aberdeen right-hander Brandon Young was named the High-A East Pitcher of the Week.