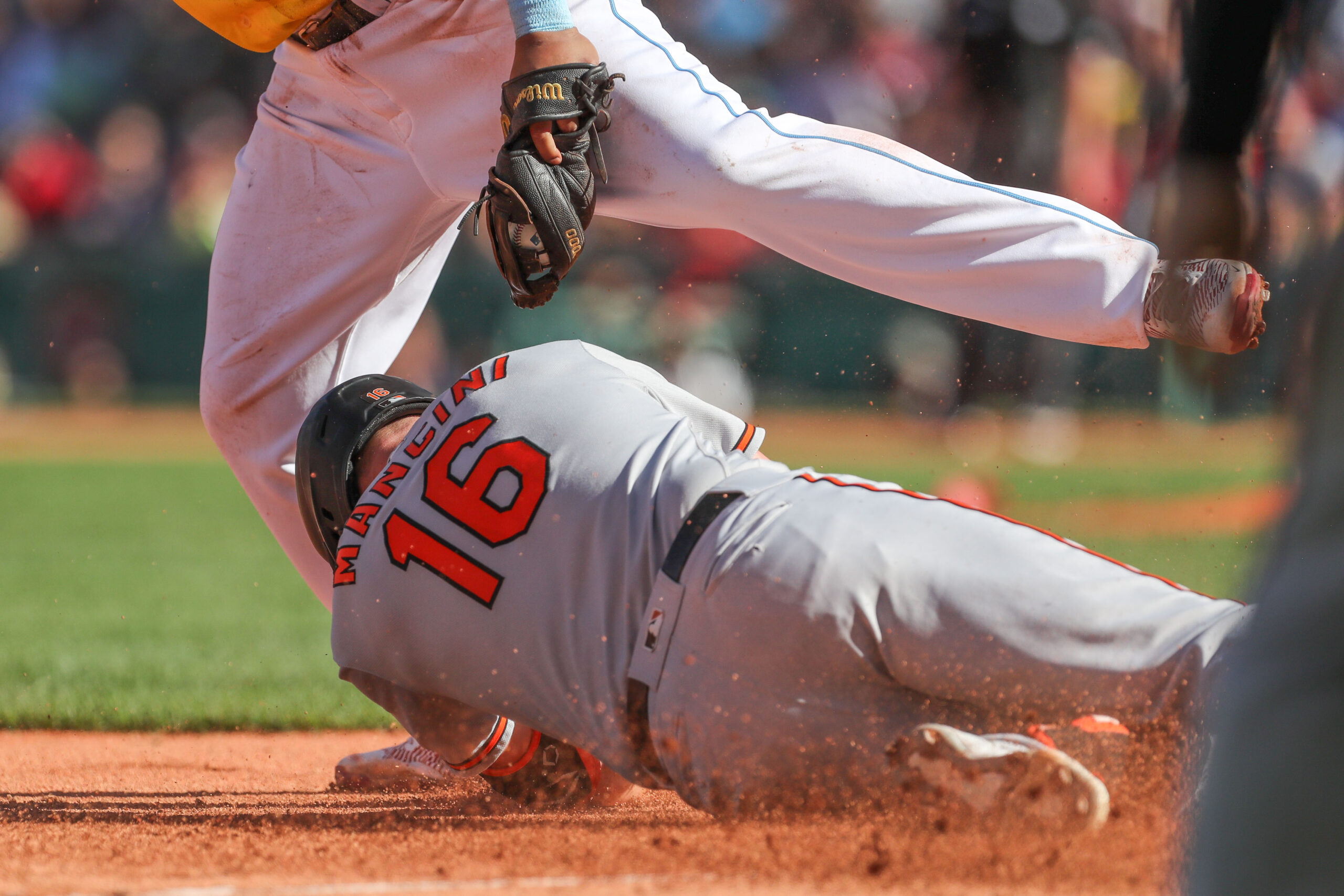 BOSTON—When the Orioles began the 2021 season against the Boston Red Sox, they won their first three games. Since then, they’ve lost 102, including three this weekend.

On Sunday, the Orioles had a one-run lead in the seventh inning, but Boston scored three runs against Conner Greene in the bottom of the inning for an 8-6 win before an announced crowd of 27,010 at Fenway Park.

It was their eighth loss in the past nine games and the 18th time the Orioles (47-102) were swept in a series this season. Since the season-opening sweep, the Orioles have gone 1-12 against Boston (86-65). Against the American League East, the Orioles are 18-52.

“The teams we’re competing with basically the rest of the way and have been this whole month are fighting for a playoff spot,” Trey Mancini said. “The playoff race is extremely close and exciting in the AL. It’s our job to go out there and play our best and try to win every day. Playing in this atmosphere when the stakes are high, it’s really, really valuable for these guys to be playing in that situation.”

Mancini hit a three-run double in the top of the seventh that gave the Orioles a 6-5 lead.

With one out in the bottom of the seventh, José Iglesias doubled against Greene (1-1). He scored the tying run on a single by Kiké Hernández, the ball hitting second base. Hunter Renfroe hit a double to score Hernández and give Boston a 7-6 lead. Rafael Devers hit a single against Cole Sulser to score Renfroe for an 8-6 lead.

“I thought that was a little taste of bad luck,” manager Brandon Hyde said. “Iglesias hits a Fenway Park fly ball that scrapes the wall and a fan touches it, and a ball off the bag, which you see once every three years.”

Greene hadn’t been scored on in his previous six outings.

“He has been throwing the ball extremely well,” Hyde said. “He made a bad pitch to Renfroe there.”

Alexander Wells began the first by loading the bases when he walked Hernández and allowed singles to Renfroe and Devers before striking out Xander Bogaerts and J.D. Martinez. But he hit Bobby Dalbec with a pitch, forcing home Hernández. Kevin Plawecki’s two-run single gave Boston a 3-0 lead.

Alex Verdugo scored on a one-out double by Hernández in the second to put the Red Sox ahead, 4-0.

Nathan Eovaldi allowed a one-out single to Cedric Mullins in the third. Ryan Mountcastle walked, and Mullins scored on a double by Anthony Santander. With two outs, Austin Hays singled to score Mountcastle and Santander, shrinking Boston’s lead to 4-3.

Martinez hit his 27th home run with one out in the fourth to increase Boston’s advantage to 5-3.

Wells allowed five runs on six hits in five innings. He has pitched against all four American League East teams in his nine appearances.

“It’s been pretty difficult, a challenge which I’ve been looking forward to, playing in the AL East, since Day 1 of signing,” Wells said.

Trailing by two runs, Mullins led off the seventh with a walk against Garrett Whitlock, who was removed from the game because of right pectoral tightness and replaced by Hirokazu Sawamura (5-1). Mountcastle and Santander walked, and Mancini doubled down the left field line to score three runs and give the Orioles a 6-5 lead. Mancini was tagged out trying to reach third.

“It felt really good until I made the baserunning mistake there,” Mancini said. “I thought there was going to be a play at the plate. I was really trying to get on third for Haysie there with no outs. I thought that was a risk worth taking at the time. In hindsight, I should have stayed on second and known that there wasn’t going to be a play at the plate, but [Verdugo] came up and [made] a really good throw to third and got me.

“Disappointed in my decision there, but on the flip side, I was happy to come through in that situation.”

Garrett Richards pitched the ninth for his third save.

Mancini, who has been in and out of the lineup because of a sore oblique, is working through the injury.

“Obliques are tough, and we’ve been trying to manage it, and handle it the right way,” Mancini said. “It’s tough when your name is under the available players, and some days when it’s not a good idea, it is tough. Personally, I want to push through and make it to the end of the season. Cancer is the only thing that’s put me on the [injured list] in my career, and I’d like to keep it that way.”

Notes: The Orioles purchased the contract of right-handed pitcher Thomas Eshelman and recalled right-hander Brooks Kriske from Triple-A Norfolk. Eshelman, who was on the taxi squad for this trip, is 0-2 with an 8.02 ERA in six games, five starts, with the Orioles this season. Kriske was 1-1 with a 15.26 ERA in eight games with the Yankees. … To make room for Eshelman and Kriske on the roster, right-hander Spenser Watkins was optioned to Norfolk and right-hander Dusten Knight was designated for assignment. Watkins was 2-7 with an 8.42 ERA in 14 games and Knight had no record and a 9.35 ERA in seven games. … Ramón Urias was a late scratch because of an upper leg injury that continues to bother him. … John Means (5-7, 3.41 ERA) will start on Monday night when the Orioles play the first of three games at Philadelphia. The Orioles haven’t named their starters for the other two games, and the Phillies haven’t named any of their starters.

Bowie goes to playoffs: Catcher Cody Roberts’ eighth-inning two-run single broke a 5-5 tie and led the Bowie Baysox to the Double-A Northeast playoffs with a 7-5 win over the Altoona Curve on Sunday.

The Baysox were down, 5-4, heading into the eighth. Leftfielder Toby Welk’s forceout scored rightfielder Johnny Rizer to tie it at 5, and Roberts’ single scored Welk and designated hitter Gunnar Henderson.

Tim Naughton (4-2) pitched a scoreless inning for the win. Diogenes Almengo pitched the ninth for his 16th save.

Bowie will play Akron in a best-of-five series, which begins on Tuesday night at Prince George’s Stadium. Game 2 is on Wednesday. Game 3 and, if necessary, Games 4 and 5 will be at Akron Friday-Sunday.