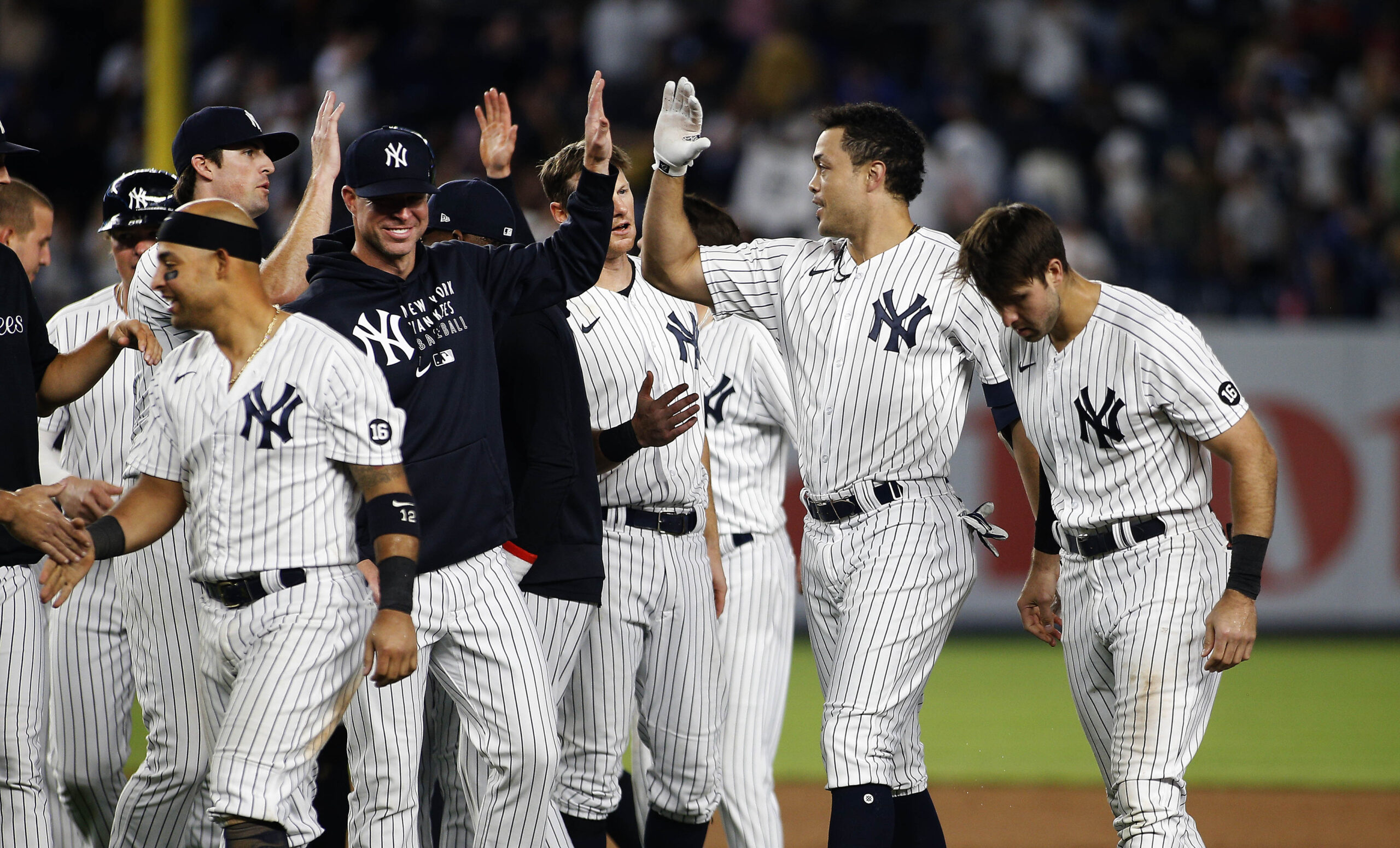 NEW YORK—The Orioles didn’t give themselves a chance to win in the top of the 11th inning Friday night and watched the Yankees take advantage of it in the bottom of the inning for a 4-3 victory before an announced crowd of 34,085 at Yankee Stadium

However, after Anthony Santander popped out for the first out, Mancini didn’t try to score on Mateo’s fly ball to right. Stanton’s throw home bounced in front of catcher Gary Sanchez, who didn’t catch it cleanly.

Manager Brandon Hyde defended the call by third base coach Tony Mansolino not to send Mancini on the fly to right.

Kelvin Gutiérrez struck out looking to end the threat. It was a tough way to lose for a team that entered the game with 24 losses in 27 games. It didn’t appear to be a time to play it safe.

In the bottom of the 11th, Judge was the automatic runner at second. Stanton hit a ground ball single to center against Dillon Tate (0-6) for the game-winner.

Oriole starter John Means didn’t allow a hit for the first 3 2/3 innings until Stanton his 26th home run of the season.

In the fifth, Rougned Odor walked with one out. Sanchez singled Odor to third, and he scored on DJ LeMahieu’s sacrifice fly to right.

Nestor Cortes, who began the 2018 season with the Orioles as an overmatched Rule 5 pitcher, has found success with the Yankees (77-57). Cortes pitched 5 2/3 innings, allowing Mancini’s 21st home run, his first since August 14th, with two outs in the sixth.

“I thought I grinded it out. I was behind in the count a little too much,” Means said. “Other than that I thought my stuff was decent.”

In his 14 starts since throwing his no-hitter of May 5th, Means has won just once.

“I didn’t think he had his best fastball tonight,” Hyde said. “This team has a lineup full of guys who do not chase out of the strike zone, They got his pitch count up fairly early. He gave up two runs in five innings to an All-Star-type lineup.”

Mateo’s third home run of the season, his second with the Orioles, came off Jonathan Loasiga in the seventh with one out to tie the score, 2-2.

In the top of the ninth, Mateo walked with one out, and Aroldis Chapman tried to pick him off repeatedly. Mateo didn’t try to steal second while Kelvin Gutierrez and Austin Wynns struck out.

Cole Sulser, the fourth Orioles reliever, struck out Sanchez for the first out in the bottom of the 10th. LeMahieu’s RBI single to right scored pinch-runner Tyler Wade with the tying run, and LeMahieu took second on the throw home. He advanced to third on a wild pitch.

After Joey Gallo’s foul pop to third, Dillon Tate retired Aaron Judge on a grounder to first to end the 10th in a 3-3 tie.

Notes: Chris Ellis (1-0, 3.09 ERA) will face Jordan Montgomery (5-5, 3.52) on Saturday at 1:05 p.m. … Urias committed two errors. As the third baseman, he dropped a foul pop in the sixth when Anthony Rizzo was up. After moving to short, he booted Judge’s grounder in the eighth. Neither error resulted in a run.

Third baseman Jean Carmona and shortstop AJ Graffanino each drove in two runs to lead High-A Aberdeen over Jersey Shore, 6-4 in the second game of a doubleheader. Jersey Shore beat Aberdeen, 4-0, in the first game. The IronBirds were held to five hits.

Third baseman Coby Mayo drove in five runs with to lead Low-A Delmarva over Carolina, 10-5. Mayo hit a three-run homer in the first, his third.