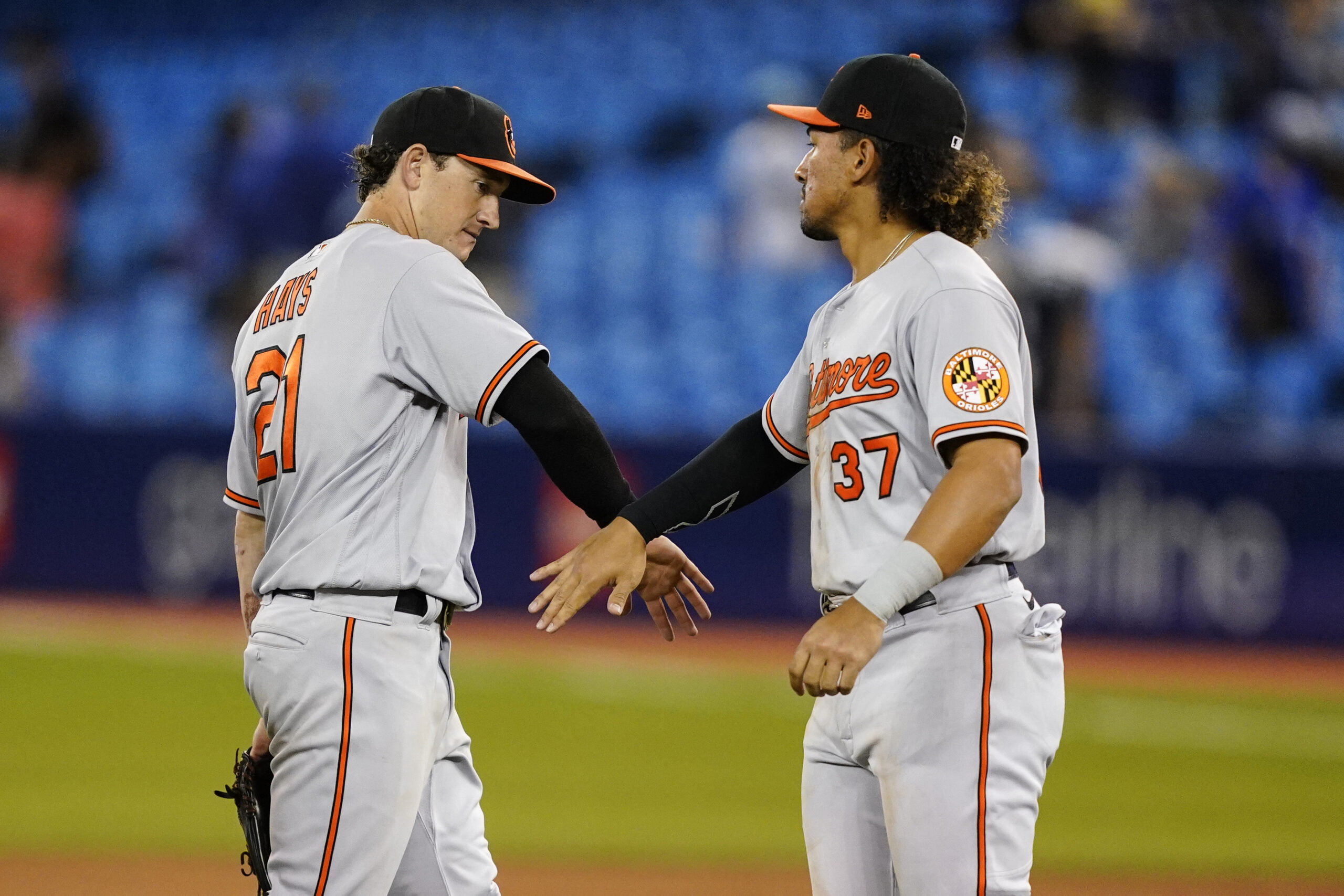 Toronto Blue Jays left-hander Hyun Jin Ryu had the Orioles baffled into the sixth inning. Ryu, who had a 3-0 record with a 2.89 ERA in three starts against the Orioles this season, had a no-hitter with two outs in the sixth.

Then the Orioles scored three runs against him and held on for a 4-2 win over the Toronto Blue Jays at Rogers Centre on Tuesday night, ending a four-game losing streak.

It was the Orioles’ first win on the road since August 2nd and just their third win in their last 26 games.

With two outs and Toronto (69-62) leading 1-0, Ryan Mountcastle doubled. Austin Hays singled to score Mountcastle. Anthony Santander walked, and Ramón Urias doubled to score Hays and Santander to give the Orioles (41-90) a 3-1 lead.

“We got some big hits today,” manager Brandon Hyde said. “Ryu was dominating us for the first half of the game. Mountcastle, that was just a beautiful piece of hitting, a great at-bat, staying in the at-bat, taking the ball the other way to break it up. Hays smoked that ball, Urías with that huge hit. That’s the hit we’ve not gotten … That’s something that’s escaped us a lot this year.”

Coming into the sixth, Ryu had allowed two walks in the first — a leadoff walk to Cedric Mullins, who stole second for his 25th steal, and one to Santander. Mullins moved to third on a wild pitch, bur Urías struck out looking.

Keegan Akin (2-8) won his second straight game with another strong start. Danny Jansen’s home run in the third was the only run Akin allowed. He pitched five innings, allowing a run on two hits, walking three and striking out five.

“Any win at this point feels good,” Akin said. “It’s good to see some young guys contribute and step up. We’re starting to play some better ball and hopefully we can take the series tomorrow.”

On August 26th, Akin pitched a career-high seven innings, allowing a run on three hits in a 13-1 win over the Los Angeles Angels.

“Build off that outing against the Angels and bring that confidence into this one,” Akin said. “Especially against that lineup. One through 9, they can take advantage of you at any point.”

Jorge Mateo led off with a walk against Toronto reliever Adam Cimber in the seventh and moved to third when Cimber’s pickoff throw was wild. Jahmai Jones singled to center for his first RBI with the Orioles for a 4-2 lead. In his first week with the Orioles, Jones is just 3-for-23 (.130).

In the seventh, Corey Dickerson singled with one out. George Springer hit into a force out, and Marcus Semien singled.

Tyler Wells replaced López, and Guerrero lined to center to end the inning.

“The game was right there,” Hyde said. “I felt like that was the biggest spot in the game … Tyler Wells won us the game right there.”

In the eighth, Teoscar Hernández singled with one out. Lourdes Gurriel hit into a force play and Randal Grichuk flied to left to end the inning.

Cole Sulser pitched a spotless ninth for his sixth save. It was the Orioles’ first save since Sulser recorded back-to-back saves on July 30-31.

Akin will get chances to prove that he can be a major league starter in the final weeks of the season.

“He’s going to get plenty more starts,” Hyde said. “We’re going to see him a lot. The lineups that he’s going to face, if you look at our lineups in September, it’s going to be teams that are trying to make a push for the postseason and trying to win every single game, and that’s a great way to evaluate a player at the major league level. This division can only get you better.”

Call for questions: I’ll be answering Orioles’ questions this week. Please leave them in the comments or email them to: [email protected].