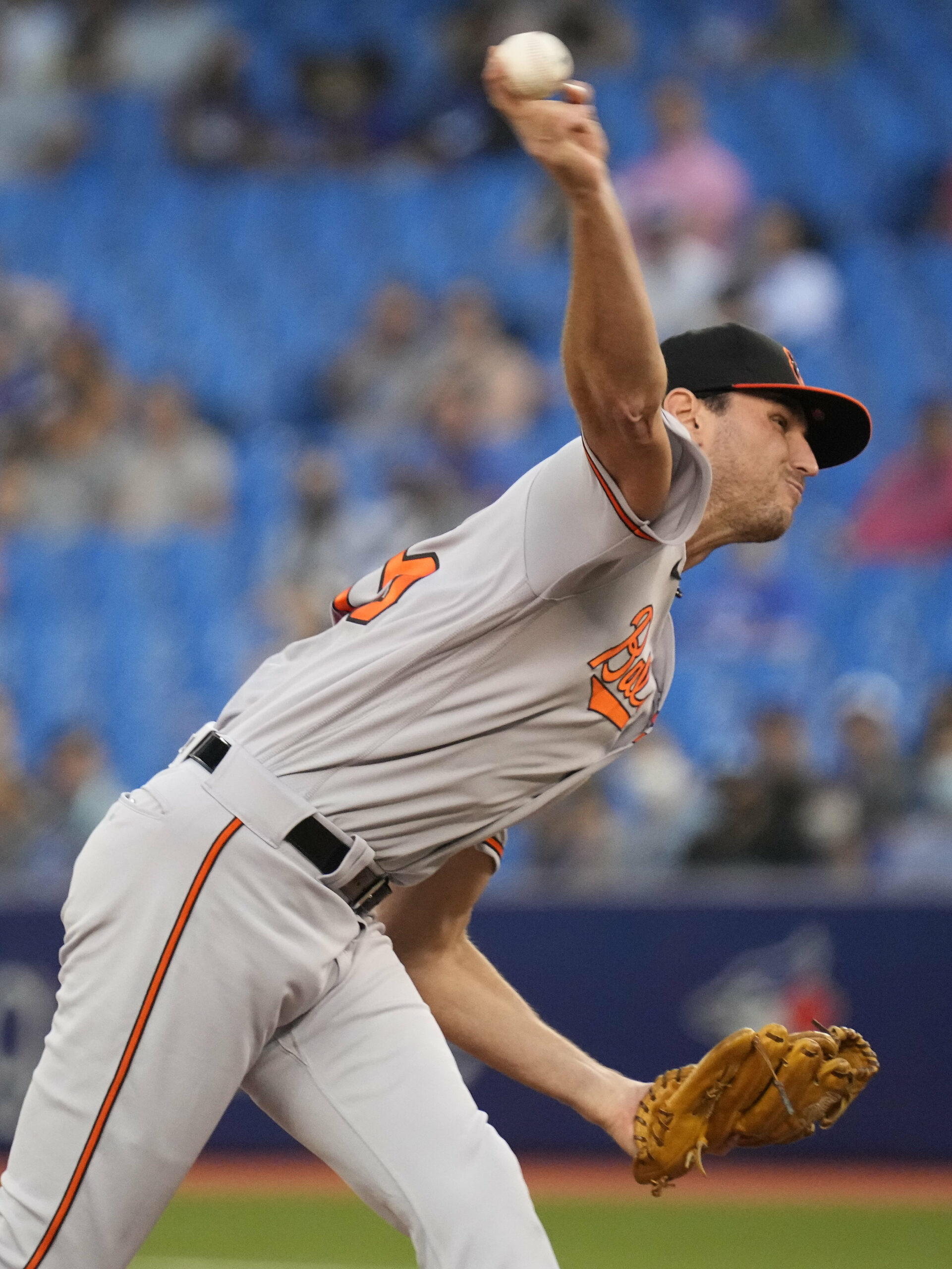 The Orioles took the lead in the top of the sixth, but Dillon Tate gave up three runs in the bottom of the third in a 7-3 loss to the Toronto Blue Jays at Rogers Centre.

Toronto (69-61) has faint playoff hopes and is in fourth place in the American League East. But there’s a big gap between the fourth-place  Blue Jays and the fifth-place Orioles. The Blue Jays have won seven of 10 against the Orioles, and the teams still have nine games left, including the final three of the season in Toronto.

“He’s a really good hitter,” Ellis said. “He’s having an MVP-type season. He’s smashing baseballs. I think I tried to throw him a fastball away and leaked it over the inner part of the plate, and he turned on it. That’s what good hitters do. They hit mistake pitches.”

Ellis threw 69 pitches in 4 2/3. He allowed the run on two hits. The Orioles claimed Ellis on waivers on August 20th, three days after he pitched four scoreless, one-hit innings against them for Tampa Bay

“It’s been a weird year for me,” Ellis said. “I’m just trying to go out thee and make quality pitches for as long as they’ll let me. They haven’t really given me a game plan of, ‘hey, you’re going to have this many pitches today.’

“I’m trying to go out there and let it rip in the zone, and whenever they decide to pull me, it is what it is.”

At 28, Ellis appreciates the opportunity with the Orioles.

“It’s been a weird minor league career,” he said. “I’ve bounced around a lot. I’ve had some good years. I’ve had some bad years. Tampa Bay called me and set things in motion. Now that I’m here, I’m extremely grateful that [manager Brandon] Hyde has given me the  opportunity to take the ball every fifth day so far.

“If it stays that way, then great. If not, then I’ll go back to the bullpen — great, too.”

Hyde was pleased with Ellis.

“He did everything we could have asked him to do tonight,” Hyde said.

An infield hit by Mountcastle in the sixth gave the Orioles a 2-1 lead.

George Springer led off the sixth with a single against Tate (0-4). Marcus Semien walked. Both runners moved up on an infield out by Guerrero. Bo Bichette singled to score Springer, and Teoscar Hernández doubled to drive in Semien and Bichette for a 4-2 Blue Jays lead.

“Like a lot of our relievers, inconsistent,” Hyde said about Tate. “Stuff’s there, execution’s not all the time. Just a poor pitch selection to Hernández on the bad slider after getting him 0-2. You need a ground ball there. He’s a ground-ball guy.

“It’s consistent command. Some nights good, some nights not.”

Guerrero’s three-run home run, his 38th against Marcos Diplán put the Orioles behind, 7-2.

Ray allowed two runs on four hits in seven innings, walking one and striking out 10. It was his third consecutive start with at least 10 strikeouts. He has 202 this season, the fourth time he has exceeded 200.

Pedro Severino’s RBI single in the ninth forced Toronto manager Charlie Montoyo to use closer Jordan Romano, who retired Ramón Urías and pinch-hitter Cedric Mullins for his 14th save.

Call for Questions: I’ll be answering your Orioles questions later this week. Please leave your questions in the comments below or email them to: [email protected].