Orioles lose 14 in a row for 2nd time this season; Hyde: 'We're not in many games right now'; Rutschman hits 1st homer at Norfolk - BaltimoreBaseball.com 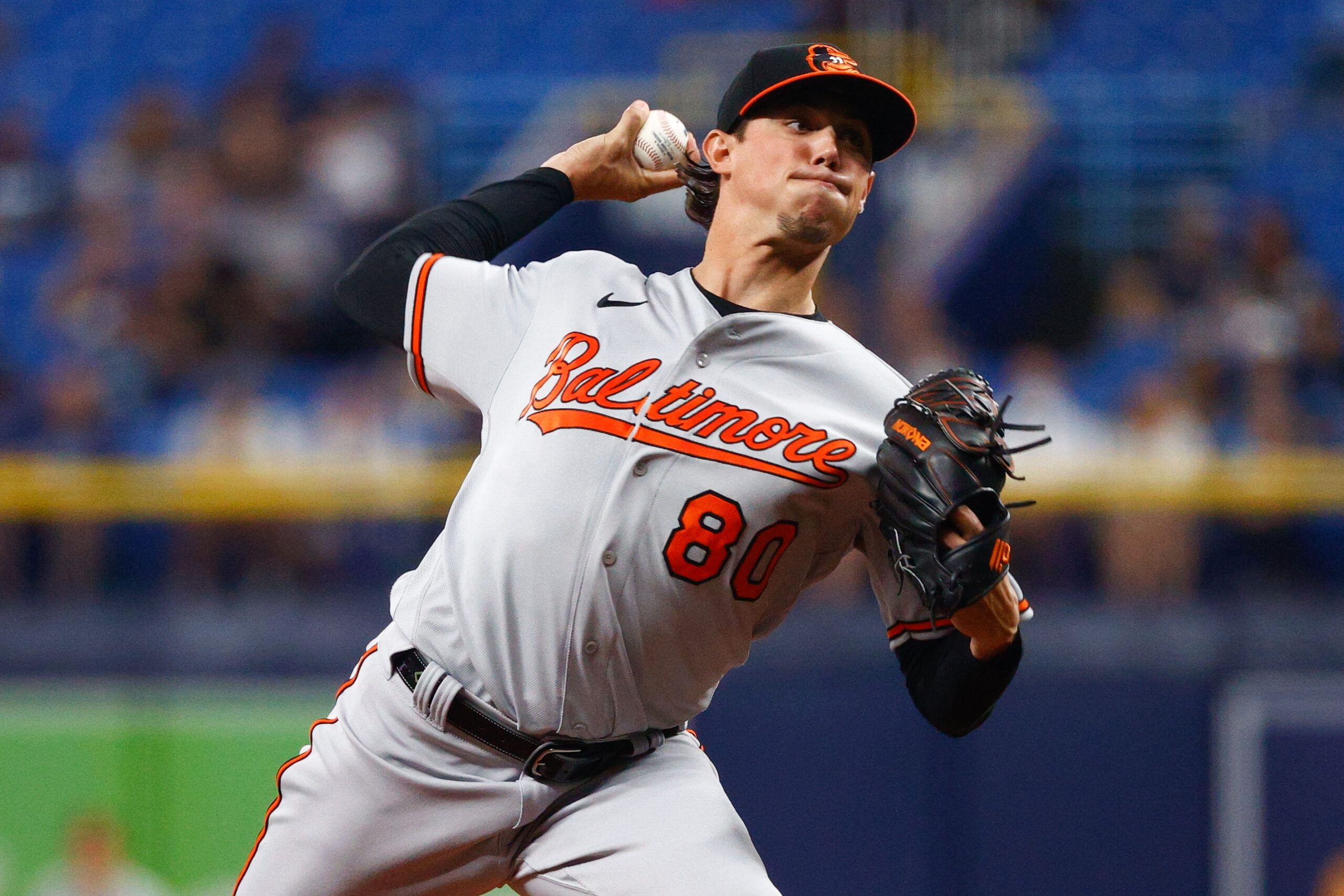 The Orioles got off to a good start against the Tampa Bay Rays on Wednesday night. Centerfielder Cedric Mullins led off with his 21st home run. With two outs, rightfielder Austin Hays singled, stole second and scored on a single by designated hitter Pedro Severino.

The Orioles wouldn’t score again until the seventh and by then the Rays had scored seven times on the way to an 8-4 victory at Tropicana Field in St. Petersburg, Florida. The loss was the Orioles’ 14th in a row.

It’s the second time this year the Orioles (38-81) have lost 14 straight, which equals the second-longest streak in team history. Only in the 1988 season, when the Orioles started 0-21, was there a longer losing streak.

“It’s hard. It’s not easy, no doubt about it,” manager Brandon Hyde said. “What’s disappointing is we’re having a tough time getting people out. We’re not scoring a ton of runs. Tonight’s game was fairly close, and it got away from us in the sixth [when the Rays scored three times to take a 7-2 lead].”

Mullins’ home run was his sixth to lead off a game.

“There’s a lot of stuff not going our way,” Mullins said. “We’re not helping by creating our own problems out there.”

Ji-Man Choi’s two-run single against Oriole starter Spenser Watkins tied the score at 2 in the first.

Watkins (2-5) allowed four runs on eight hits in four innings. After two wins in his first three starts and a 1.65 ERA, Watkins has lost five straight and his ERA is 5.63.

Oriole reliever Paul Fry entered the game in the sixth and, after an error by Ramon Urias at second base allowed Francisco Mejia to reach, Fry walked Kevin Kiermaier and Lowe.

Dillon Tate replaced Fry and, with the bases loaded, Franco drove in Mejia with an infield single. Sacrifice flies by Nelson Cruz and Austin Meadows gave Tampa Bay (74-47) a 7-2 lead.

One-out singles by Mateo, Maikel Franco and Austin Wynns led to an Oriole run in the seventh. Anthony Santander, who wasn’t in the starting lineup because of a sore ankle, pinch-hit for shortstop Richie Martin and popped out.

Meadows’ RBI double against Cesar Valdez scored Keirmaier in the bottom of the inning to close out the scoring.

“Every guy that takes the ball each day or steps in the box each day wants to be a part of the solution,” Watkins said. “I don’t think anybody is stressing more than others, either … Each day is the same. You have a new chance to win. I don’t think I’m putting more pressure on myself. I’ve got to be better to give our team a better chance.”

Minor league update: Adley Rutschman hit his first home run for Triple-A Norfolk in the Tides’ 9-5 loss to Charlotte in the first game of a doubleheader. Rutschman went 3-for-4.

Mikie Mahtook hit a grand slam in the bottom of the seventh to break the 5-5 tie and win it against Manny Barreda (1-1).

Reliever Hunter Harvey allowed a run on three hits in a rehab appearance.

Dean Kremer pitched three scoreless innings in relief, allowing two hits, striking out two and walking one as Charlotte won the second game of the doubleheader, 6-5, in eight innings.

Wilmington scored four runs in the top of the 10th inning to beat High-A Aberdeen, 10-6.

Second baseman Terrin Vavra went 1-for-4 on a rehab assignment. He’s been out because of a back injury. Shortstop Gunnar Henderson had an RBI double.

Double-A Bowie was rained out at Reading. They’ll play a doubleheader on Saturday.

Norfolk announced its 2022 schedule. The Tides again will play six-game series with Mondays off, except for July 4th and September 19th.

The Tides will begin the season at home against Charlotte on April 5th and concludes on September 21st at Durham.