12 straight defeats for Orioles; Matt Harvey: 'I've been on losing teams, but nothing like this' - BaltimoreBaseball.com 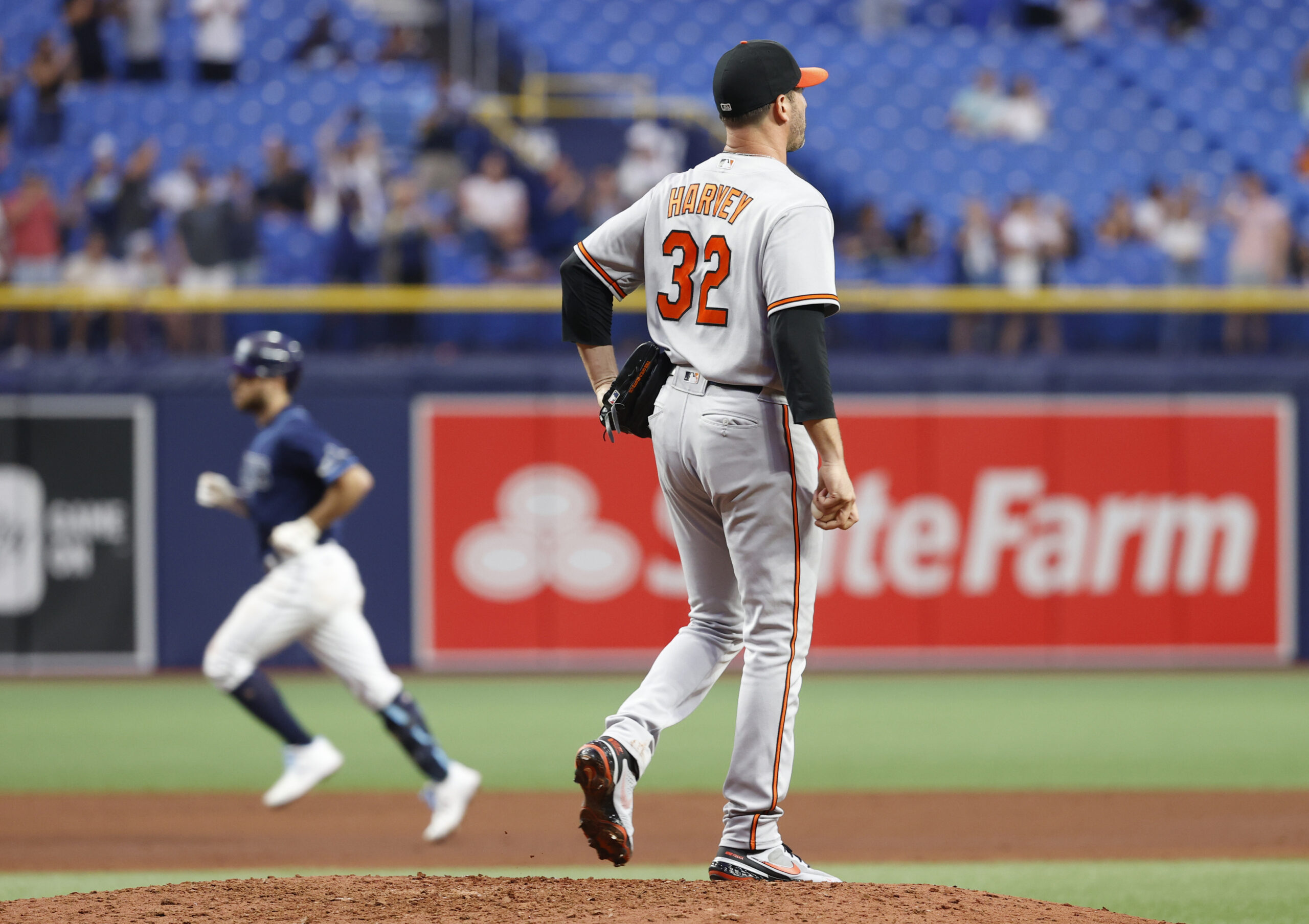 The good news for the Orioles came on Monday morning. They announced promotions for a number of minor league prospects. Later, they learned that “Baseball America” ranked their farm system as the second best in the game.

Then they had to play. They began a four-game series against the the Tampa Bay Rays with a 9-2 loss at Tropicana Field. It was the Orioles’ 12th consecutive defeat.

“They’re obviously a good team and put together good at-bats,” Oriole starter Matt Harvey said. “It’s a tough lineup. You’ve got to be strong. You’ve got to keep them off-balance, really execute your pitches. They don’t really swing at too many mistakes, and you have to be on your game.”

“It’s obviously tough,” Harvey said. “No one wants to go out there and continuously lose. It’s tough. I’ve been on losing teams, but nothing like this.”

It won’t get easier. Twenty-eight of the Orioles’ final 45 games are against the AL East.

“I think we’re handling it the best we possibly can,” manager Brandon Hyde said. “The energy in our dugout tonight was unbelievable for a team that [has lost] has many games as we have … I think the effort is there. We’re playing hard. We’re not executing. We make bad pitches during bad times and we’re trying too hard at the plate in big moments, and that doesn’t work in this game.

“Our strike zone discipline at the plate is an issue. When guys are overaggressive, it doesn’t lead to big innings. We don’t walk and guys are trying to get the big hit instead of letting the game come to them.”

Harvey (6-12) had a 1-0 lead going into the bottom of the fourth and didn’t allow his first hit until Manuel Margot singled after a walk to Ji-Man Choi. Austin Meadows hit a two-run triple put the Rays ahead, 2-1.

Harvey allowed home runs to Kevin Kiermaier and Brandon Lowe in the fifth and was removed after throwing 4 2/3 innings. He gave up five runs on five hits.

“He just made a couple of bad pitches there in the fifth inning,” Hyde said. “I thought his command was good. I thought he pitched extremely well up until that point. Just left a couple of balls in the middle part of the plate that led to a couple of homers.”

Reliever Paul Fry allowed his first two home runs of the season — an inside-the-park homer by Brett Phillips and Lowe’s second of the game, a two-run homer, his 28th. It gave the Rays an 8-1 lead.

“I’ve got to get Paul on track,” Hyde said. “Paul was having a really good season in the first half. He was pitching in big spots and getting big outs for us. Right now, he’s scuffling. I’m trying to give him a couple of lower-leverage situations.

“Paul’s got a ton of ability. Paul’s proven he can get major league hitters out, just hit a little bit of a speed bump lately.”

Mike Brosseau homered against Fernando Abad in the seventh. It was the second time in three games that Oriole pitchers have given up five home runs.

The Orioles scored on a third-inning bunt by Cedric Mullins that scored Jorge Mateo, and on Trey Mancini’s eight-inning double that scored Mullins. Mancini was taken out of the game after he had fouled pitches off his calf and foot and was sore, Hyde said.

“It’s hard. We realize we have [45] games to play,” Harvey said. “It’s important how we finish. It’s important how we keep playing and keep our heads down and do everything you can to win as many as we can. Individually, you want to play well and you want to do everything you can to help the team. That’s our goal for the rest of the season. There’s a lot of games left, and you have to go out and play your best, and I guess at this point, prove that they belong.”