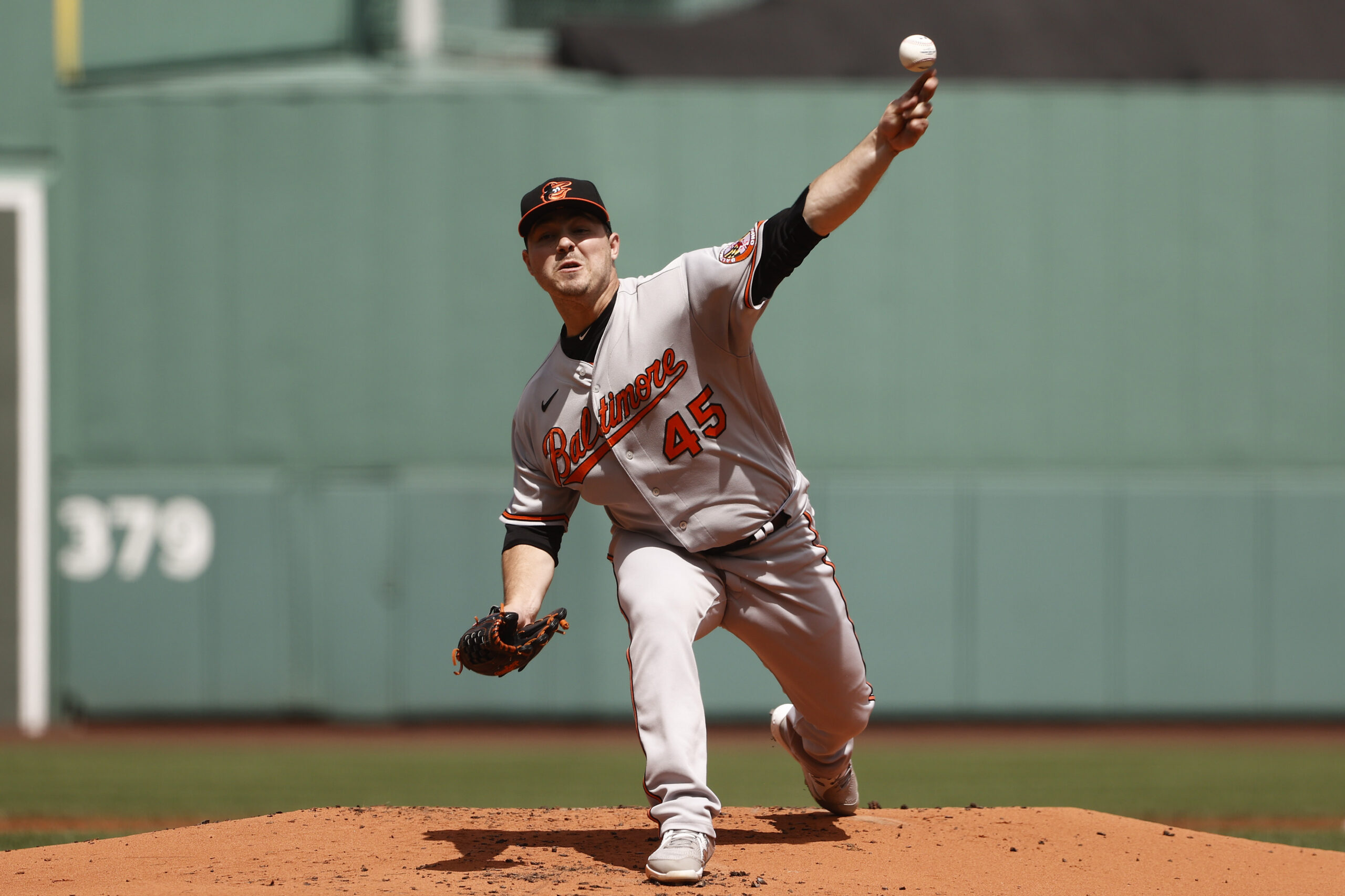 BOSTON-The Orioles weren’t competitive in their three games against Boston this weekend. They extended their most recent losing streak to 11 games and were swept for the 14th time this season. Cedric Mullins, the team’s best player, saw his hitting streak end at 20 games when he went 0-for-5 as the Orioles lost to the Red Sox, 6-2, before an announced crowd of 28,935 at Fenway Park on Sunday.

For the weekend, the Orioles were outscored, 30-5, and struck out 33 times. Their last win was at Yankee Stadium on August 2nd. Manager Brandon Hyde called the 7-1 victory the most complete game of the season. The Orioles have been in freefall ever since.

“I just see how much better we need to get in our strike zone discipline,” Hyde said after the Orioles managed four hits on Sunday. “You watch their hitters, and they’re more experienced, and they have a bunch of guys who’ve been to the postseason and won a bunch of games, but there’s just a level of understanding the strike zone, understanding what the pitcher is trying to do, not chase, not let pitchers off the hook.”

The Orioles lost 14 straight from May 18-31, and have multiple 11-game losing streaks for the first time in club history. They’re 13-34 against the American League East.

In the first inning, the Orioles scored against Boston starter Eduardo Rodriguez when Austin Hays walked with one out, and Trey Mancini and Anthony Santander singled. Hays stopped at third on Santander’s hit, but leftfielder J.D. Martinez’s throw was errant, and Hays scored on the error.

Before Santander’s hit, the Orioles (38-78) had gone 0-for-36 with runners in scoring position in their previous five games. They were 3-for-12.

“Guys are trying to get the big hit and trying to do a little too much at times,” Hyde said. “This is not easy. This is frustrating for everybody. We’re playing from behind almost on a nightly basis, and that’s hard to do. We’re not scoring many runs, and we’re having a tough time on the mind. The at-bats get away from us at times.”

Oriole starter Keegan Akin’s lead was short-lived. Martinez crushed a three-run home run to left with two outs in the bottom of the first, his 23rd, and Boston (69-51) had a 3-1 lead.

In the bottom of the third with runners on second and third, manager Brandon Hyde walked Martinez intentionally, and Akin retired Kyle Schwarber on a short fly to right and struck out Bobby Dalbec.

Marcos Diplan pitched the fifth and threw a 1-2-3 innings. Opposing hitters are 0-for-19 against him in his four major league appearances. He’s the first Oriole to not allow a hit in his first four outings.

Fernando Abad became the 53rd player used by the Orioles this season and faced four batters in the sixth. He left with the bases loaded and one out. Tanner Scott relieved Abad, and Kike Hernandez singled off third base umpire Will Little’s left shin to score Schwarber. Scott walked Hunter Renfroe for a second run, and a third scored on Xander Bogaerts’ infield out, and Boston led, 6-1.

“We have a tough time having innings like that,” Hyde said  “We are in swing mode, and good pitchers can pitch to that.”

Adam Ottavino hit Pedro Severino with a pitch to begin the seventh. Severino walked to the mound, said something to Ottavino and walked to first. Ottavino threw two wild pitches and, with one out, walked Maikel Franco. Jorge Mateo lined a ball off the pitcher left’s shoulder, Severino scored, and Ottavino left the game with a bruise.

The Orioles begin a four-game series at Tampa Bay on Monday.

“It’s tough. You never want an 11-game losing streak,” Akin said. “I have faith we’re going to turn it around, grind it out and figure it out.”