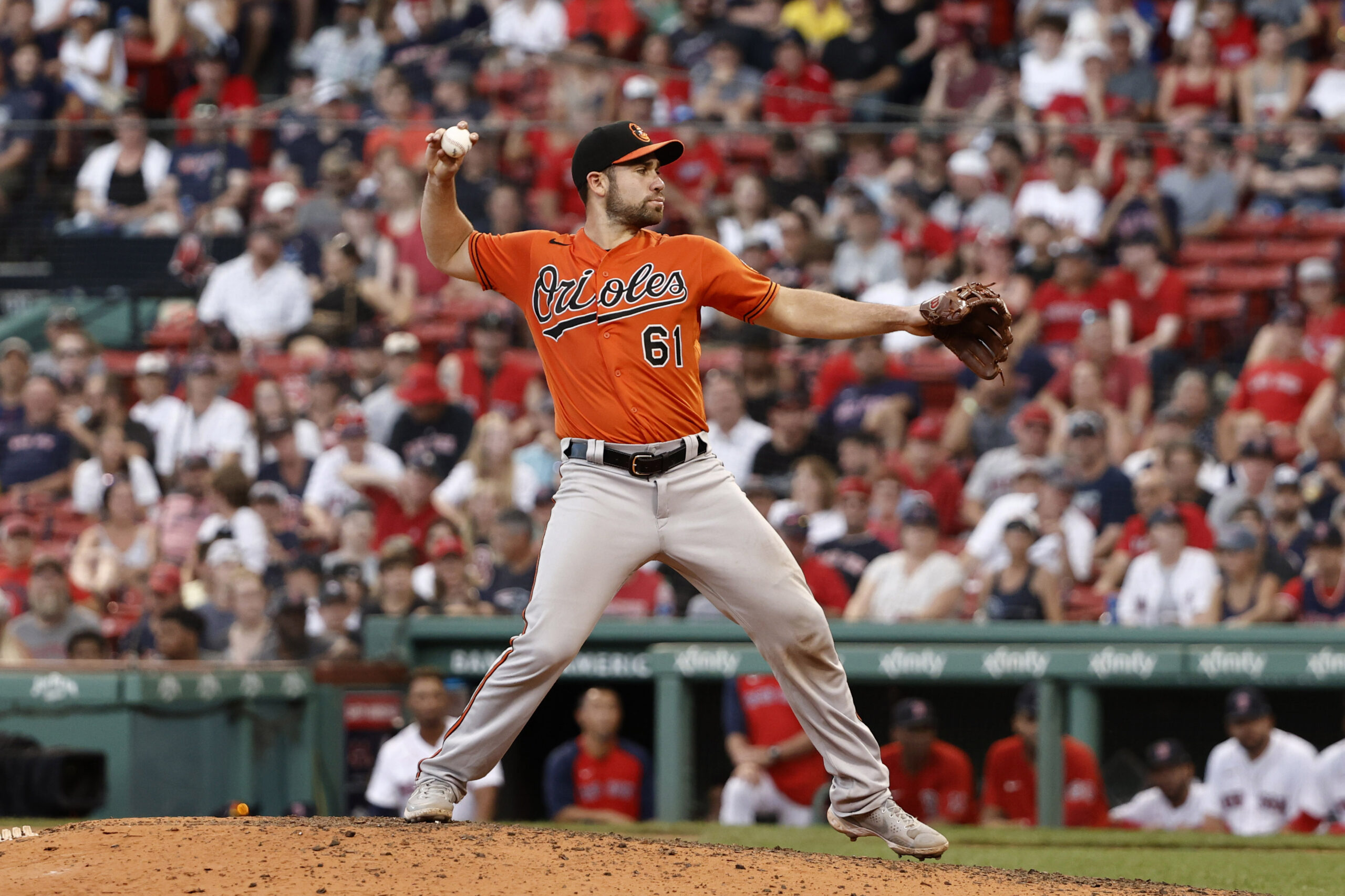 BOSTON–In May, the Orioles had a 14-game losing streak, equaling the second longest in franchise history. They hoped not to repeat that, but after Saturday’s debacle, a 16-2 pasting by the Boston Red Sox before an announced crowd of33,118 at Fenway Park, they might be coming close.

In the first four games of a 10-game losing streak, the Orioles (38-77) set a franchise record by surrendering 10 or more runs in each of them. They gave up nine in the next two.

According to STATS, this is the third time in franchise history, the Orioles have had multiple 10-game losing streaks in a season. It also happened in 1954 and 2002.

“We really have no choice,” manager Brandon Hyde said when asked about helping his players see a light at the end of the latest tunnel. “We have to come out and play hard, do our best to try to stay in games, to try to compete and try to win as many games as we can. That’s been the mindset here. We haven’t pitched very well as of late. We’re not scoring a ton of runs, either. We’re playing defense well, but we’re not swinging the bats very well, and we’re not pitching.”

Starting pitcher Jorge Lopez (3-13) allowed the first five batters to reach in the first, and four scored. Kike Hernandez, who led off with a base hit, scored on a wild pitch by Lopez, and Rafael Devers hit his 29th home run of the season before there was an out.

“The first inning I felt really good,” Lopez said. “I just got unlucky. I got a couple of hard hits. I keep attacking guys. It was hard to get a strikeout today because those guys battle.”

J.D. Martinez followed Devers’ home run with a double, but he was third out trying for third on Hunter Renfroe’s grounder.

Alex Verdugo, who scored the second run, had an RBI single in the second, driving in Hernandez, who doubled with two outs. Xander Bogaerts, who Lopez hit in the hand in the first inning and scored the third run, hit a double to score Verdugo, who had four hits, for a 6-0 lead after two.

The Orioles faced Chris Sale, who was pitching for the first time since he underwent Tommy John surgery on March 30, 2020. Sale (1-0) allowed back-to-back, two-out home runs by Austin Hays, his 13th, and Trey Mancini, his 20th. It was Mancini’s first RBI since he homered on July 28th.

“Nice to watch Hays and Mancini hit a couple of homers,” Hyde said. “We were 14 runs short.”

In five innings, Sale allowed two runs on six hits and struck out eight. Sale is 9-2 with a 2.63 ERA in 21 appearances against the Orioles.

Lopez loaded the bases with one out in the fourth, and Paul Fry replaced him. His first batter, Devers, hit a run-scoring single for a 7-2 Boston lead. In 3 1/3 innings, Lopez allowed seven runs–equaling his season high against Boston on April 11th–on nine hits. He walked two, hit two and threw two wild pitches.

Adam Plutko watched his ERA balloon from 5.66 to 6.71 when he gave up seven runs while recording just two outs in the fifth. Bobby Dalbec and Martinez each hit two-run homers to put Boston ahead, 14-2. Plutko has allowed home runs in each of his last six appearances and 17 in 56 1/3 innings this season.

Cesar Valdez gave up the 15th run on Dalbec’s second homer of the game in the sixth.

Austin Wynns, who was behind the plate for the first seven innings, pitched the eighth and gave up Hunter Renfroe’s 21st home run.

“I think we’ve had some games get away from us,” Hyde said. “Getting down early quite a bit is hard. We need to get a good start to get things rolling. I’m not complaining about the lack of effort. I think our execution hasn’t been real good on the mound right now with some guys, and I think our at-bats have been a little bit out of control. We’re missing [Ryan] Mountcastle. That’s big for us right now for the middle-of-the order bat, but a lot of teams are missing people. We’ve just got to get better in all areas. We’re a long ways away.”