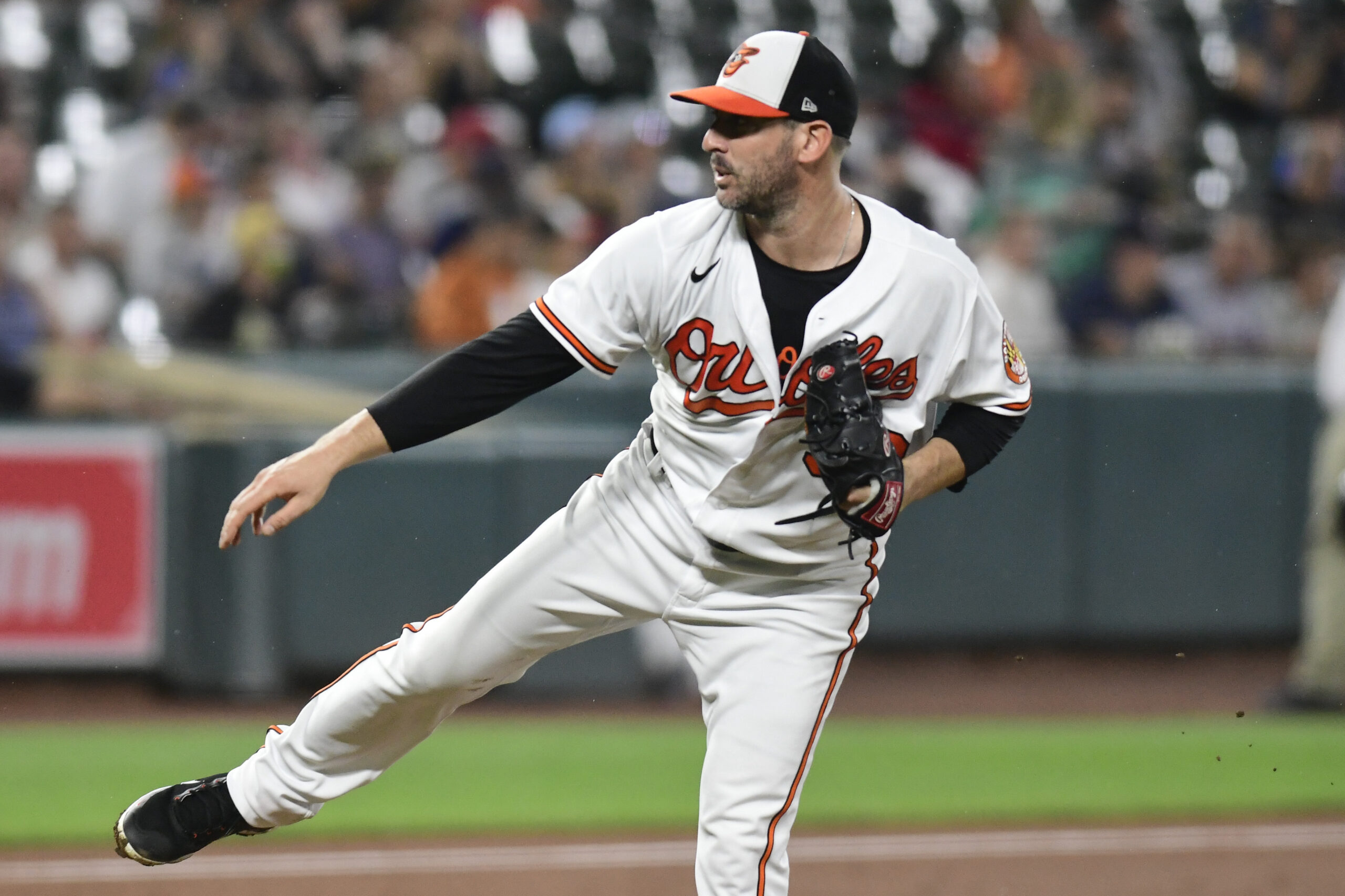 BALTIMORE—Matt Harvey labored through five innings and allowed Miguel Cabrera’s 499th home run. The Orioles’ offense labored through seven innings, not scoring until Anthony Santander hit his fourth home run in three games in the Orioles’ 5-2 loss to the Detroit Tigers before an announced crowd of 8,990 at Camden Yards Wednesday night.

It was the seventh consecutive loss for the Orioles and the second straight game in which the start was delayed by rain.

“We’ve got a tough stretch right now,” Harvey said. “I feel like we’ve gotten a lot of hits, but our pitching has given up a couple of runs here and there. It happens. You go into slumps hitting. You go into slumps pitching. That’s part of the game. We realize there’s a lot of baseball left to play, and we’ve got to keep our heads down and keep pushing.”

Harvey, who left his previous start because of a tweak in his right knee, loaded the bases in the first and third innings. In the first, Austin Hays ran down Jeimer Candelario’s long fly ball for the second out, and Harvey ended the inning on Harold Castro’s groundout to second.

In the third, with the bases full and one out, Eric Haase hit a grounder to first baseman Trey Mancini, who threw home to force Jonathan Schoop. Harvey then struck out Castro.

Cabrera, who had singled in his first two at-bats, hit his 499th home run with one out in the fifth. He drove in a run with a sacrifice fly to right in the sixth and grounded to second in the ninth.

The Tigers expect Cabrera to start on Thursday on the cusp of his 500th home run. Detroit returns home to play the Cleveland Indians on Friday.

After Cabrera’s home run, Candelario doubled, and Harvey walked Hasse. Castro tried to score Candelario with a bunt, but the ball went right to Mancini, who threw to catcher Pedro Severino at home to get Candelario.

Niko Goodrum doubled to right, scoring Haase and Castro but pulled up at second and left the game because of a strained left groin. He’s the third Detroit outfielder to be injured in the series. On Tuesday, leftfielder Akil Baddoo and centerfielder Derek Hill collided when Hill caught a fly to left-center by Santander. Baddoo is on the seven-day concussion injured list and Hill is on the 10-day injured list.

“He kept us in the ballgame,” manager Brandon Hyde said. “I thought he looked good on a hot night.”

“I just see him making a lot more quality pitches,” Hyde said. “He’s executing pitches a lot better than he was the first half and mixing pitches much better … He’s come a long way since early in the year.”

Dusten Knight allowed two runs in the sixth on Robbie Grossman’s single, Schoop’s double, the sacrifice fly by Cabrera and a wild pitch.

Santander hit a two-run home run in the eighth, his 10th of the season. As did his first home run on Tuesday night, the ball landed on Eutaw Street.

The Orioles had the tying run at bat against Gregory Soto in the ninth. With Ryan McKenna at second and Mullins at first, Hays bounced to third to end it, and Soto picked up his 14th save.

Ramón Urias, who started at third base, left after seven innings with upper right leg soreness. The injury kept him out of games on Saturday and Sunday.

Notes: John Means (5-3, 2.79 ERA) will face Matt Manning (2-5, 6.33) on Thursday afternoon at 4:05 p.m. … The delay before the game was one hour, 11 minutes. The total rain delay time this season is seven hours, 26 minutes. … The Orioles optioned right-hander Isaac Mattson to Triple-A Norfolk. Right-hander Tyler Wells is expected to return from the 10-day injured list on Thursday. … Mullins extended his hitting streak to 18 games with a third-inning infield single.

Minor league update: Third baseman Rylan Bannon homered twice to lead Triple-A Norfolk over Memphis, 8-6. Bannon, who has had an injury-marred season, has six homers and is batting just .144.

In his second Triple-A game, Adley Rutschman had two RBIs and a stolen base.

Dean Kremer allowed one run on six hits in four innings, striking out three without a walk.

Designated hitter J.D. Mundy drove in three runs to lead High-A Aberdeen to a 4-3 win over Asheville in the conclusion of a game that was suspended after two innings on Tuesday night. The big hit was Mundy’s two-run shot, his 11th of the season.

The regularly scheduled game was rained out.

TT Bowens hit a three-run triple as part of a seven-run fourth as the Shorebirds completed the sweep, 10-6.