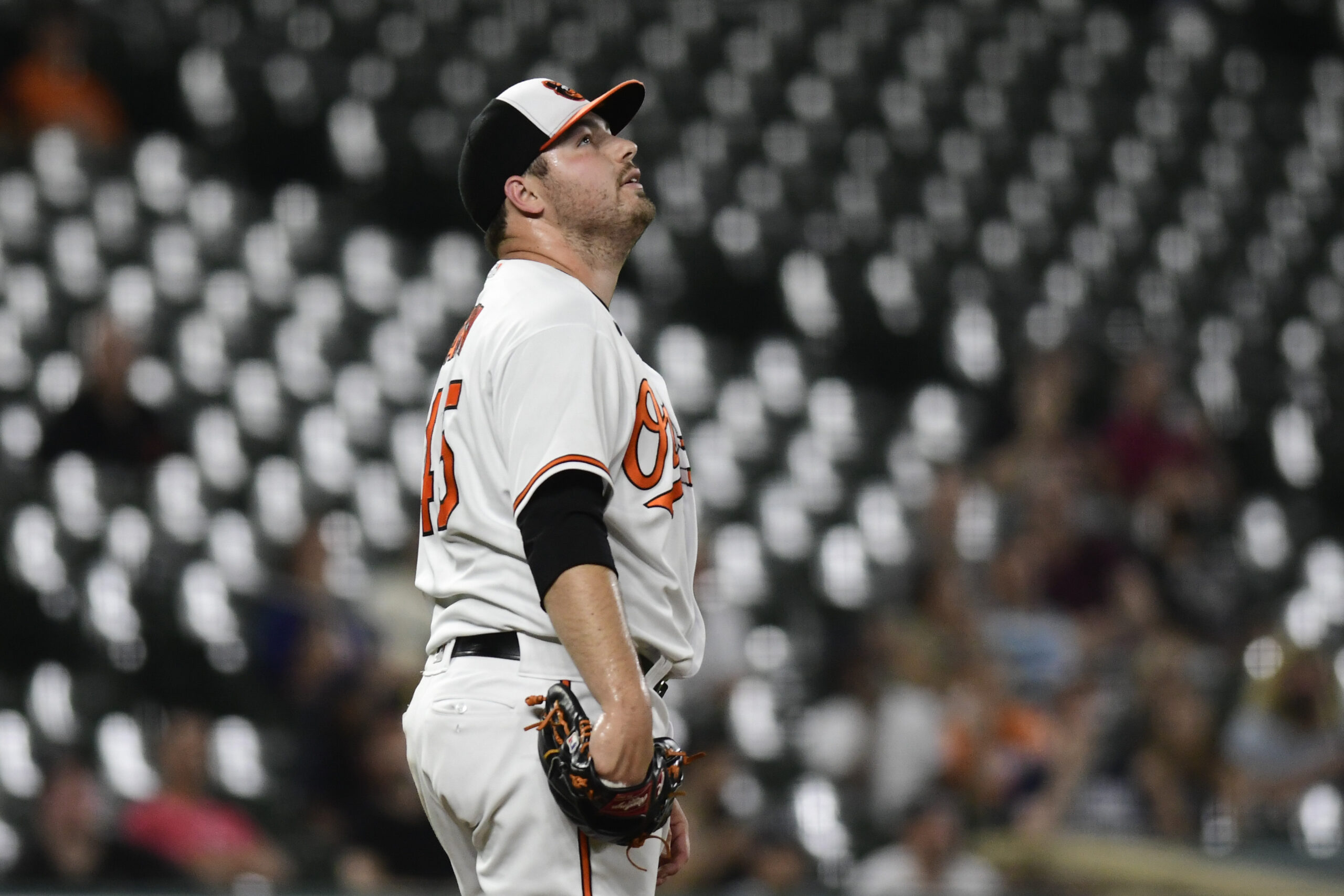 BALTIMORE—After losing his spot in the starting rotation when he landed on the Covid-19 injured list, left-hander Keegan Akin regained his place after he threw three scoreless innings in relief on August 3rd.

Akin’s place in the rotation might be in question again after he allowed six runs on seven hits in three innings as the Orioles lost to the Detroit Tigers, 9-4, before an announced crowd of 7,124 at Camden Yards on Tuesday night.

It was the sixth straight loss for the Orioles (38-73). They’ve allowed nine or more runs in each of the losses, a franchise record.

Anthony Santander hit the first of two home runs against Casey Mize in the second. He has three home runs in his last two games.

Detroit scored four runs against Akin in the fourth. Robbie Grossman led off with a single and scored on former Oriole Jonathan Schoop’s double. Miguel Cabrera reached on an infield single. With two outs, Goodrum’s single scored Schoop and a triple by Castro’s triple brought home Cabrera and Goodrum to put the Tigers up, 6-1.

“I didn’t execute my pitches as well as I should have,” Akin said. “When I was ahead in the count, I left balls over the plate that they could do damage with. I was not happy with it. I’ve just got to get better.”

Akin joined Dean Kremer as starters who failed to win in nine consecutive starts. Both had shown promise in a small sample size in 2020.

“Keegan had his struggles tonight,” manager Brandon Hyde said. “Like a lot of our guys, it’s been a tough year. You can attribute that to a lost season last year, not much time in Triple-A, etc.”

Santander’s second home run, his ninth of the season, began the Orioles’ fourth. After Austin Hays struck out looking, DJ Stewart hit his eighth homer to reduce Detroit’s lead to 6-3.

Santander missed more than a month because of a sprained ankle and then 10 days last month when he and Akin were on the Covid-19 injured list.

“The most important thing for me is to try to stay healthy because that way I can help the team,” Santander said through a translator.

Cedric Mullins led off the fifth with a double, extending his hitting streak to 17 games, and advanced to third on a wild pitch. He scored when Ramón Urias bounced back to Mize, who threw the ball past Schoop at first base for an error.

Kyle Funkhouser (6-1) retired each of the five batters he faced after relieving Mize.

Diplán, who retired all five batters in his major league debut on Friday against Tampa Bay, pitched two perfect innings.

“I just like the way he’s come in and thrown strikes and shown good stuff,’ Hyde said. “Attacked hitters and went after them with a good, firm fastball. In spring training, I thought he had command issues, and he was trying a little bit too hard.

“He’s settled in nicely, and that’s a couple of nice appearances for him. I’m going to give him the ball more and see what happens.”

Jeimer Candelario hit a two-run home run off Adam Plutko in the eighth for an 8-4 lead. Plutko has served up a home run in five straight outings and has given up 15 this year, a particularly high number for a reliever who has thrown just 55 2/3 innings.

In their last six games, the Orioles have allowed 24 runs in the eighth.

In the bottom of the eighth, Baddoo, in left, and Derek Hill, in center, collided when running down Santander’s fly ball to left-center. Hill made the catch as both Baddoo and Hill remained on the ground for several minutes before slowly walking off.

A run-scoring single by Grossman against Alexander Wells in the ninth gave the Tigers their final run.

Notes: Santander’s first home run reached Eutaw Street, the third Oriole to hit one there this year, and his second. He has hit five homers onto Eutaw Street, tied for third place with Rafael Palmeiro. … Matt Harvey (6-10, 6.13 ERA) will face Tarik Skubal (7-10, 4.32) on Wednesday night. … The game’s start was delayed by rain for one hour, 54 minutes. … The Orioles have homered in 10 straight home games, their longest single-season streak since a 12-game streak from August 17-September 3, 2016,

Minor league update: ‘Adley Rutschman was 2-for-4 in his first game with Triple-A Norfolk as the Tides defeated Memphis, 4-0.

Rutschman, the overall No. 1 pick in the 2019 draft, grounded out to second and flied to right in his first two at-bats before a run-scoring single in the sixth and a double in the eighth.

Bruce Zimmermann, who was making his third rehab start, threw five hitless innings, walking two and striking out one.

Felix Bautista pitched a scoreless ninth, but he allowed a walk and hit a batter.

Low-A Delmarva was held to two hits in the Shorebirds’ 5-1 loss to Lynchburg.

Jean Pinto, who was named the Low-A East Pitcher of the Week, allowed one run on five hits in 4 2/3 innings.

High-A Aberdeen’s game with Asheville was suspended with the IronBirds trailing 1-0 after two.