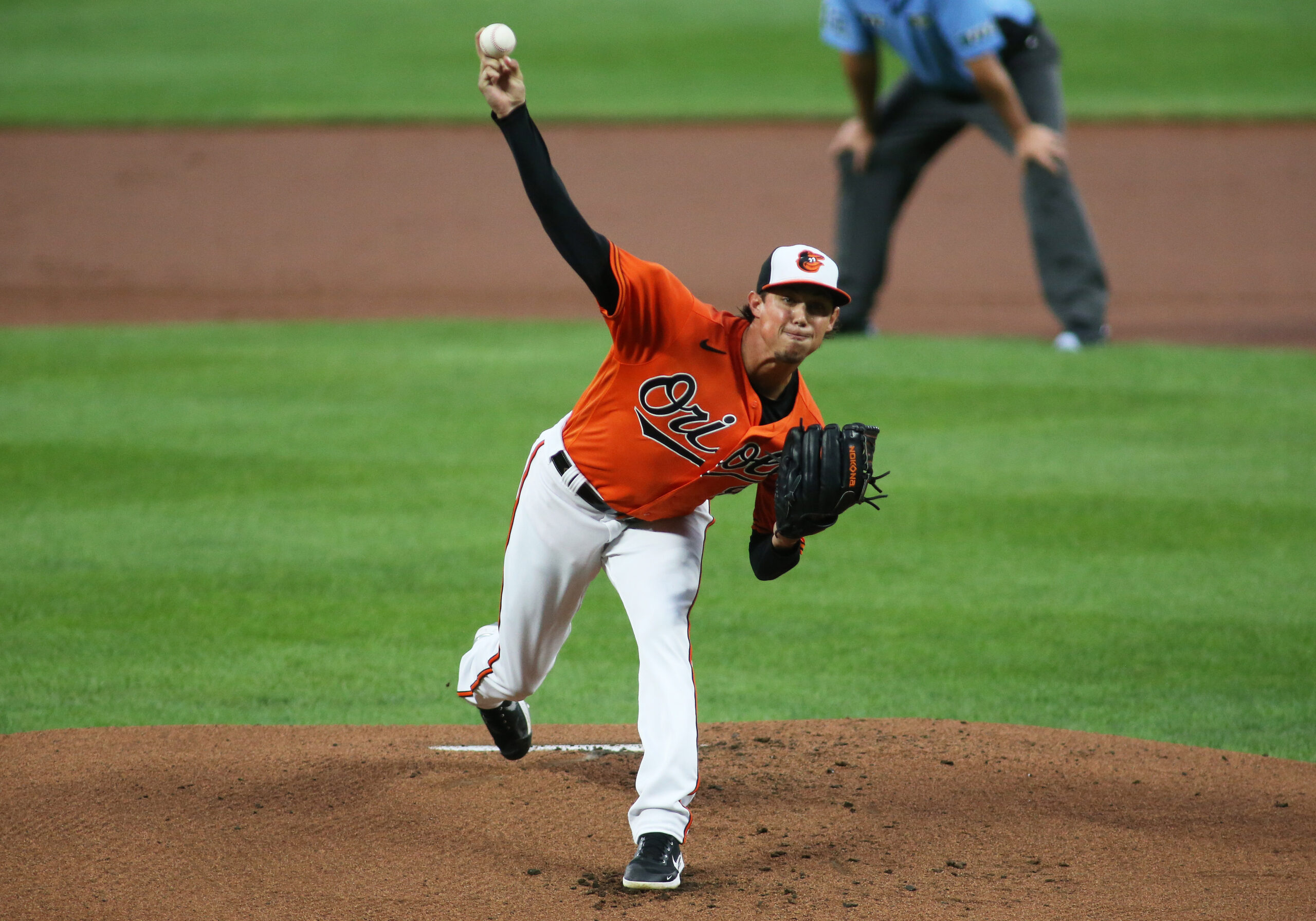 On Friday night, the Orioles and Rays were tied at 5 in the eighth. Paul Fry and Dillon Tate combined to allow five runs in a 10-6 loss.

A night later, Tampa Bay led the Orioles, 5-3, after seven. Dusten Knight and César Valdez combined to allow five runs in the eighth in a 12-3 Rays win before an announced crowd of 18,545 at Oriole Park on Saturday night.

Valdez replaced Knight with runners on first and second and one out.

Isaac Mattson, who was recalled from Triple-A Norfolk before the game, allowed two runs in the ninth.

“I think everybody’s getting an opportunity to pitch,” manager Brandon Hyde said. “That’s all they can really ask for. We’re not throwing the ball well in the ‘pen. We’re inconsistent

“I am looking for guys to pitch. There’s no doubt about it. If you pitch well, you’re going to pitch.”

Tampa Bay Rays starter Shane McClanahan was born and spent the first five years of his life in Baltimore. His first start at Camden Yards was a success. McClanahan pitched seven innings, allowing three runs on five hits. He allowed just one hit in his last four innings.

It was the Orioles’ fourth straight loss and fourth straight game in which they’ve allowed 10 or more runs for the first time in team history. The Orioles (38-71) have been outscored, 45-13.

The Orioles scored their three runs against McClanahan (6-4) in the bottom of the third. With one out, Jorge Mateo doubled. He stole third and scored on a wild throw by catcher Mike Zunino.

Richie Martin walked, and Cedric Mullins hit his 19th home run of the year. Mullins has hit in 15 straight games.

Nelson Cruz hit a two-run home run in the fifth to put Tampa Bay ahead, 4-3. It was Cruz’s second home run of the series and gave him seven RBIs.

With one out in the sixth, Wendle reached on an error by Martin at shortstop. Wendle moved to second on an infield out by Margot and scored on a double by Brett Phillips.

“They’re pesky, they’re phenomenal hitters up and down the lineup,” Watkins said. “There’s really not a spot that you can pick out, and say, ‘OK, I can take a little breath here.’”

Catcher Pedro Severino was removed for the game with a bruised right knee in the fourth inning and replaced by Austin Wynns. Severino will be re-evaluated on Sunday morning.

Hyde said he expected that first baseman Ryan Mountcastle will go on the seven-day concussion injured list on Sunday. Mountcastle was injured on Friday night when he attempted to steal second and was tagged on the head.

Cody Sedlock gave up a run on four hits in 5 2/3 innings as Double-A Bowie beat Somerset, 2-1. Sedlock (5-2) struck out five and walked one.

The Baysox had only three hits. One was a first-inning double by leftfielder Yusniel Diaz, which drove in two runs.

Centerfielder Colton Cowser was 2-for-4 with two RBIs as the Orioles’ Florida Complex League Black team beat the FCL Orange team, 7-3. Cowser, the Orioles’ first-round draft choice in 2021, is 6-for-9 in three games with a home run and five RBIs.

Low-A Delmarva’s game with Down East was postponed. It will be made up as part of a doubleheader on Sunday.