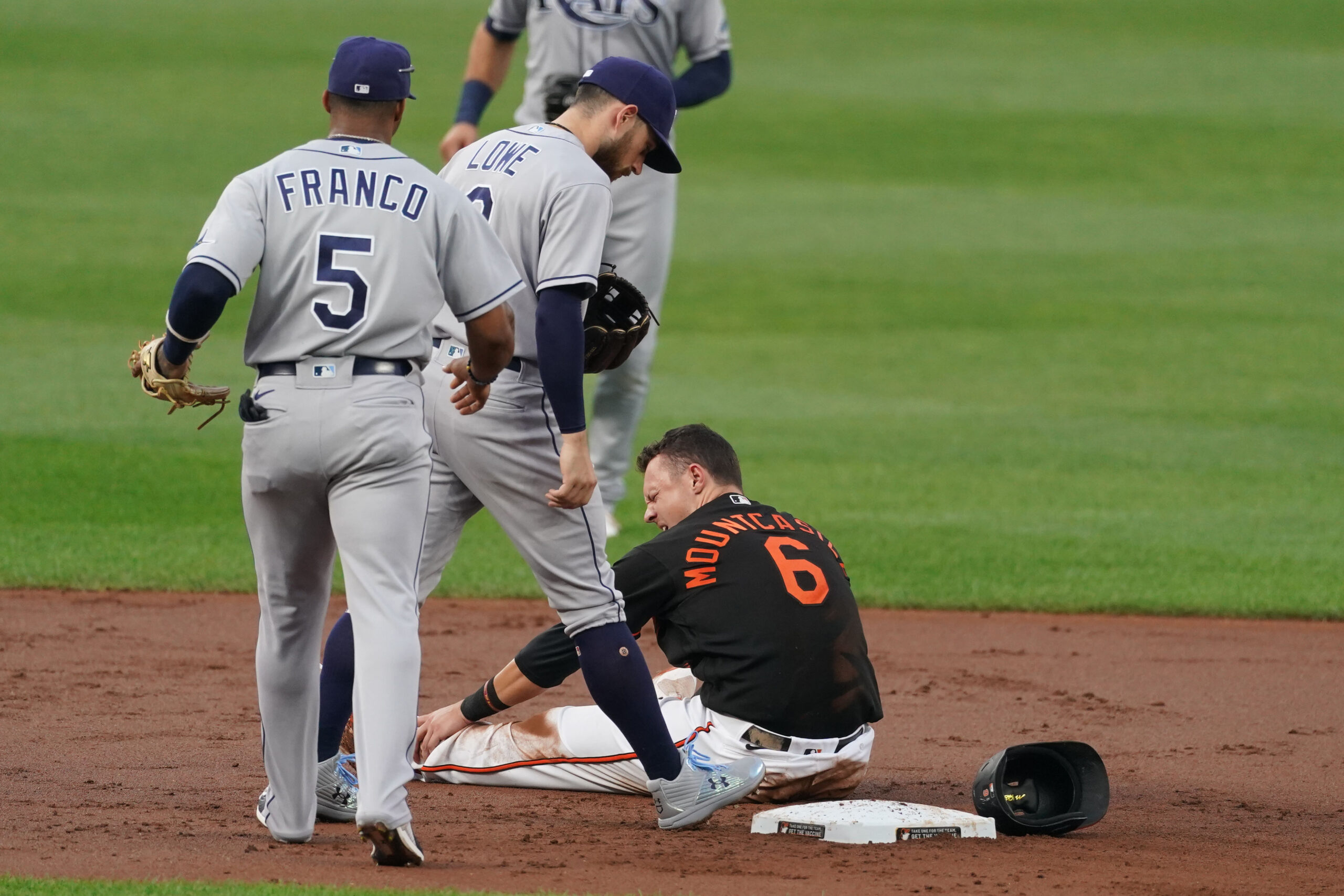 BALTIMORE—A day before he’ll be inducted into the Orioles’ Hall of Fame, longtime shortstop J.J. Hardy spoke about how much fun the 2014 Orioles were. While there’s no one from the team active on the Orioles, 41-year-old Nelson Cruz is still playing for the Tampa Bay Rays.

Cruz, who was acquired by Tampa Bay on July 22nd from Minnesota, played only that one season for the Orioles, hitting a major league high 40 home runs. He left the team when they refused to match a four-year contract from the Seattle Mariners.

Seven years later, Cruz is still a dangerous hitter. He drove in five runs to lead the Tampa Bay Rays past the Orioles, 10-6, before an announced crowd of 11,320 at Camden Yards on Friday night.

The Orioles had a 5-2 lead after five behind the gritty pitching of starter John Means. Conner Greene took over for Means in the sixth and allowed a three-run home run to Cruz, his 22nd.

The bullpen would falter again in the eighth, as would the defense. Paul Fry (4-4) allowed a bloop single to right by Mike Zunino. Like Wednesday night against the Yankees, when two fly balls to right weren’t caught, rightfielder Anthony Santander was slow in getting to the ball and second baseman Ramón Urías wasn’t able to help because he was on the left side of the infield in a shift.  Fry then walked Kevin Kiermaier and Jordan Luplow, and Dillon Tate relieved him.

Cruz hit a liner to third that handcuffed third baseman Jorge Mateo, who was claimed on waivers from San Diego on Thursday. Mateo was playing third because Maikel Franco had shifted to first when Ryan Mountcastle had to leave the game because of a possible concussion. Cruz’s liner resulted in a two-run double, and Wander Franco followed with a two-run single, the ball grounded through the left side of the infield as the Orioles were again in a shift. Tampa Bay led, 9-5.

“We struggled out of the ‘pen,” manager Brandon Hyde said. “I thought Diplán did a nice job. The other guys had a tough time throwing strikes. They got hit around …I t was definitely a disappointing loss.”

Cedric Mullins extended his hitting streak to 14 games with a single, He stole his 21st base, and scored on a two-out single by Mountcastle. It was Mountcastle’s seventh straight game with an RBI.

Mountcastle was out trying to steal and was slow getting up after he was hit in the head by Franco’s tag. He stayed in the game initially but came out after the second inning.

“He is being evaluated and monitored under concussion protocol,” Hyde said.

That’s when Franco moved from third to first, and Mateo, making his Orioles’ debut, came into the game at third.

Tampa Bay scored two in the top of the second as Margot led off with a single, and Zunino doubled him to third with one out. Kevin Kiermaier grounded to Mountcastle at first, but Means, who was late arriving at first, couldn’t handle the throw, and after Margot scored, Zunino came home on Means’ error.

Catcher Pedro Severino hit his ninth home run against Ryan Yarbrough with two outs in the second. Franco and shortstop Richie Martin had consecutive doubles, and the Orioles (38-70) led, 3-2, after two. It was Martin’s first hit since September 29, 2018.

After fouling a ball off his groin area with two outs in the fifth, Mancini doubled and scored on Mateo’s triple. Mateo showed off the impressive speed that has him ranked as the third-fastest runner in baseball.

Means left after five with a 5-2 lead. He allowed two runs, one unearned, on eight hits, walking one and striking out five. He threw 94 pitches.

“It was the definition of a grind of a start,” Means said. “That’s what happens when the fastball command just isn’t quite there. I had to use every pitch from pitch 1 to pitch 94. I wasn’t really able to get into a groove. This team’s pesky. They’ve gotten me the last couple of times.”

Notes: Spenser Watkins (2-2, 3.81 ERA) will face Shane McClanahan (5-4, 3.74) on Saturday night. … Mancini’s third-inning double broke an 0-for-17 skid. … Tampa Bay outfielder Randy Arozarena was placed on the Covid-19 injured list. Arozarena is 17-for-37 (.459) with seven homers and 16 RBIs against the Orioles this season. … Diplán is the 52nd player used by the club this season, the 14th to make his major league debut for the Orioles, and the 12th pitcher.

Knight’s debut: Dusten Knight, who was the San Francisco Giants’ 28th-round draft choice in 2013, made his major league debut on Wednesday night at Yankee Stadium, allowing two runs on three hits in the eighth inning.

The 30-year-old waited at Triple-A Norfolk when he watched a succession of his teammates get their chance with the Orioles.

Knight was known in the minor leagues for celebrating a save with a back flip. Former Oriole Will Clark, who was a minor league instructor in the Giants’ organization, convinced Knight to do it.

“If Hyde gives me the green light, I’ll do it,” Knight said. “If not, I might just keep it in my back pocket.”

The Jumbo Shrimp scored three runs in the ninth against Dean Kremer (0-5), who gave up two hits and walked three while striking out four in 2 2/3 innings.

Connor Gillispie pitched four hitless innings for his second save.