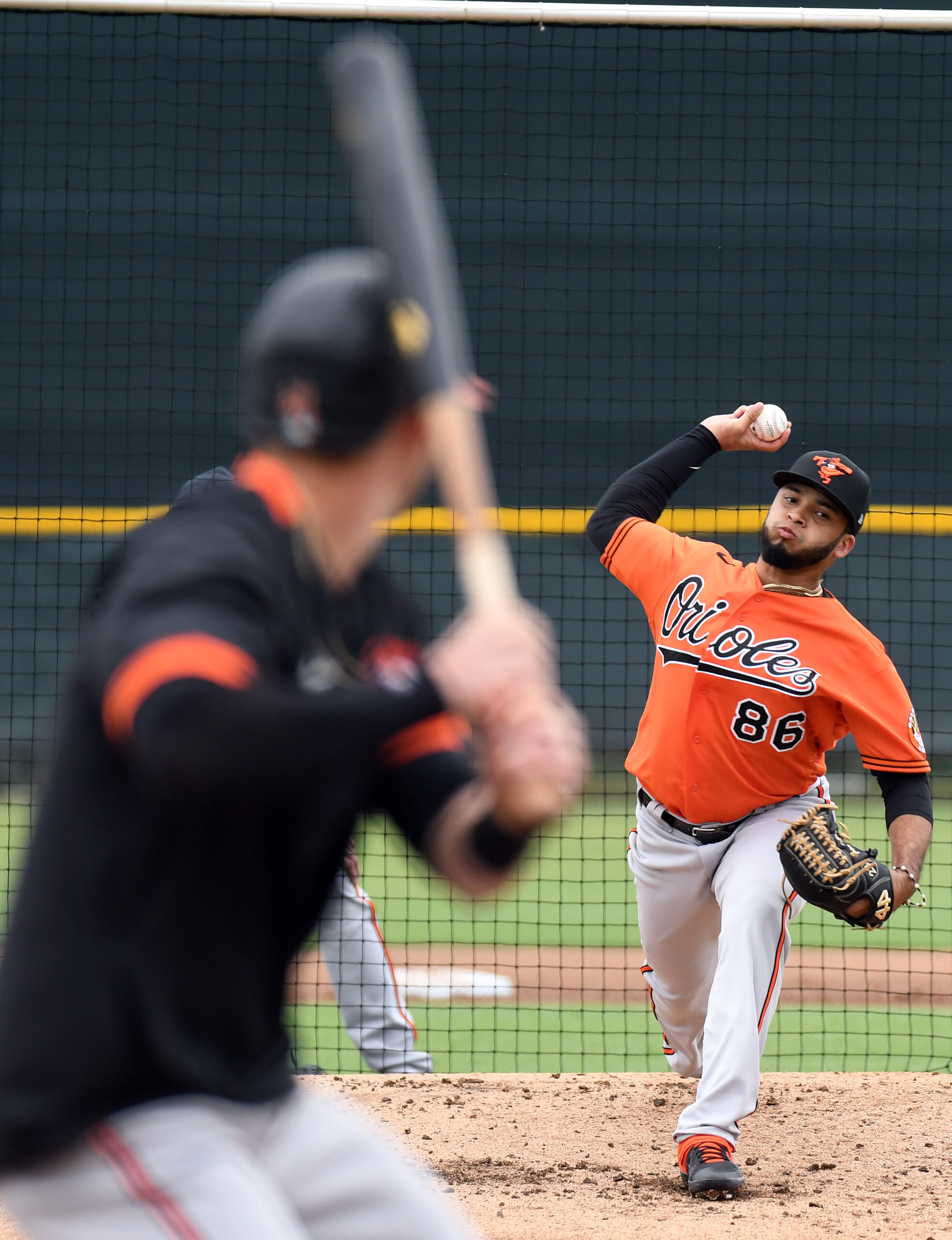 NEW YORK–The Orioles made more changes to their bullpen on Wednesday, adding right-handers Marcos Díplan and Dusten Knight, who had their contracts purchased from Triple-A Norfolk.

Díplan and Knight replaced left-hander Alexander Wells, who was optioned to Norfolk after he allowed six runs on seven hits in 2 1/3 innings in the Orioles’ 13-1 loss to the Yankees on Tuesday night, and right-hander Shaun Anderson, who gave up the final four runs in the eighth inning. Anderson and infielder Domingo Leyba were designated for assignment.

Díplan, who was claimed on waivers from Detroit by the Orioles in December 2019 and later was outrighted to Norfolk, was 3-1 with a 4.12 ERA in 17 games with Norfolk. The 24-year-old pitched in last month’s Futures Game in Denver.

Knight, who was a 28th-round draft choice of San Francisco in the 2013 draft and also has pitched in the Minnesota organization, was 1-1 with a 1.30 ERA and seven saves in 17 games for Norfolk. The 30-year-old is known for celebrating saves with back flips.

“Honestly, I don’t know a whole lot about them,” manager Brandon Hyde said. “I do know they were throwing the ball well in Triple-A. We’re giving guys opportunities to prove themselves in the big leagues. Diplan was in camp with us. I’ve seen him throw before. We’ve got a couple of fresh arms here, continuing the opportunity train.”

If Díplan and Knight appear in a game, they’ll be the 50th and 51st players used by the Orioles this season. The team record for most players used in a season is 58 in 2019.

Akin for Wells: Keegan Akin’s three one-hit innings in relief on Tuesday night helped put the left-hander back in the rotation.

When Akin was placed on the Covid-19 injured list on July 21st, Wells replaced him in the rotation and pitched well in his first game, allowing three runs on five hits in 5 2/3 innings at Tampa Bay.

“He had a nice start in Tampa,” Hyde said. “The last couple of starts have been tough. This [the Yankees] is a tough lineup to face, especially if you’re left-handed.

“He got a taste of what this was about. Control is not the same as command. You have to be able to know where you’re throwing the baseball. It’s not as much about the walks as about locating.”

Notes: John Means, Spenser Watkins and Jorge López will pitch against the Tampa Bay Rays in the three-game series that begins on Friday. … Right-hander Tyler Wells, who’s on the 10-day injured list because of right wrist tendinitis, could return on Friday. Hyde said Wells was a little sore after throwing on Monday.  … Double-A Bowie outfielder Kyle Stowers and Baysox right-hander Drew Rom were named the organization’s minor league players of the month for July.