Orioles get off to fast start but lose to Tigers, 6-2, as bats go silent; Watkins finally pitches in Detroit - BaltimoreBaseball.com 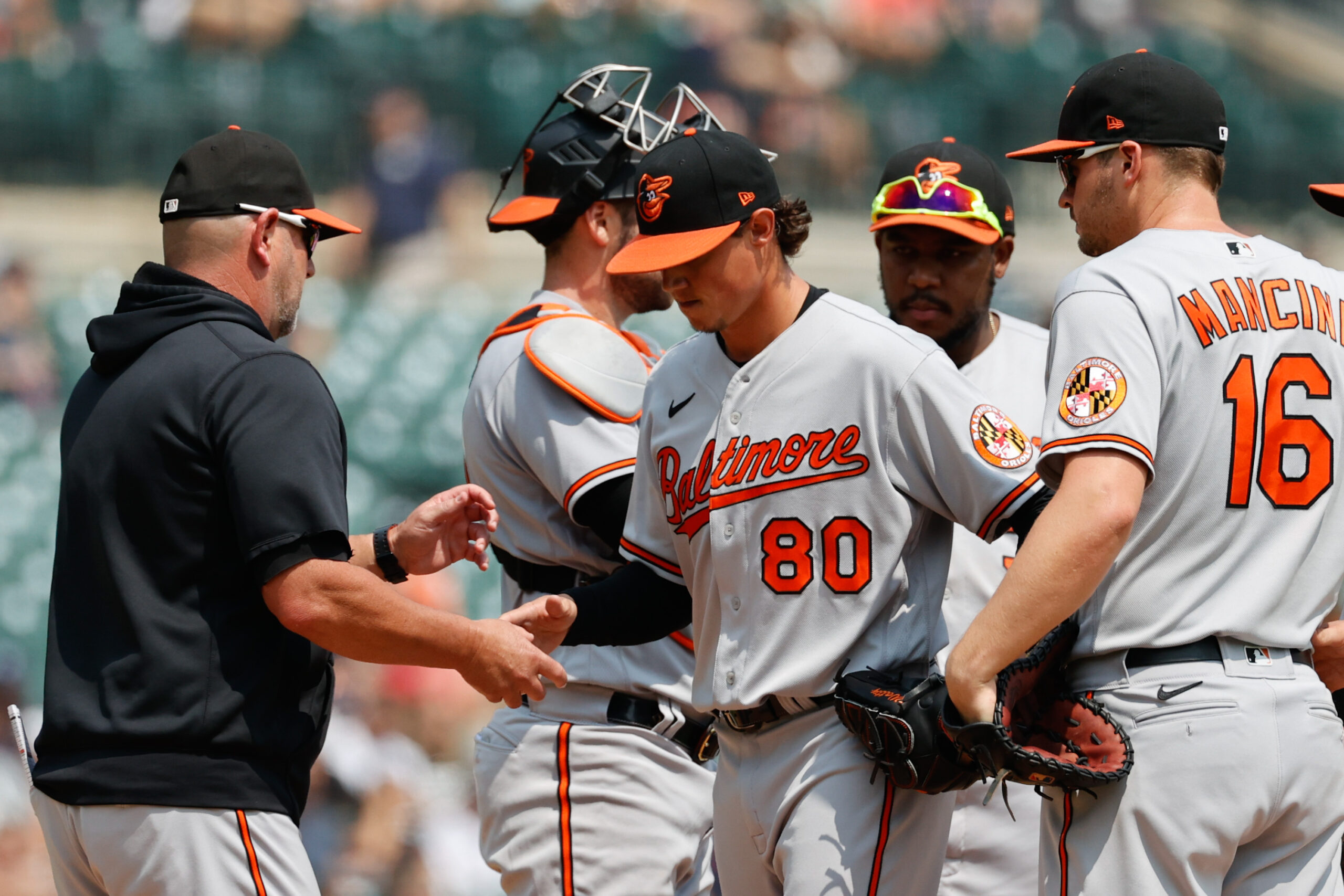 With two wins in the first three games of their series against the Detroit Tigers, the Orioles got off to a strong start on Sunday. Austin Hays doubled on the first pitch of the game, Trey Mancini followed with a deep fly to right-center that allowed Hays to move to third, and Ryan Mountcastle and Anthony Santander hit back-to-back doubles to center.

Two runs, three doubles, four balls hit hard. Unfortunately, that was the end of their offensive production for the day.

The Orioles didn’t score again in a 6-2 loss to the Detroit Tigers at Comerica Park that gave them a split of the four-game series.

Spenser Watkins (2-2) started against the team that drafted him in the 30th round. After not advancing to the major leagues, he signed with the Orioles earlier this season.

“Incredible, incredible,” Watkins said about pitching in Detroit. “To have that opportunity finally to get there after seeing it from the outside was incredible. I’m glad that I had the opportunity to do it in the orange and black. It was an incredible feeling, a lot of emotions early on, but I had to wrangle those in in the first inning …  after that I felt comfortable.”

Watkins had a 2-0 lead to work with when he took the mound. However, after Santander’s double , the Orioles (37-67) produced  just two more hits. Santander singled in the third and Mountcastle singled in the eighth.

“It’s disappointing. We came out swinging the bats in the first inning right away,” manager Brandon Hyde said. “We didn’t do much after that offensively.

“We came out swinging the bat extremely aggressively early in the count and drove a few balls early in the first and then we continued to stay aggressive early in the count, and we made a bunch of easy out, quick innings. They made better pitches following that top of the first, but we gave a lot of at-bats away in the second inning on just by a lot of weak contact, weak fly balls, choppers to the left side-type at-bats the rest of the game.”

Watkins got two quick outs in the first. He walked Robbie Grossman and Miguel Cabrera on close pitches. Jameir Canderlario hit a ground ball that deflected off first baseman Trey Mancini, and Candelario was safe at first as Grossman scored. Eric Haase doubled, bringing Cabrera and Candelario home for a 3-2 Detroit lead.

“The ball didn’t bounce our way today,” Hyde said. “He got squeezed on the Grossman walk. That would have been three outs, and then that ball to Trey hit something and shot up the opposite way, a bad luck bounce right by the back.”

In the sixth, Grossman tripled with one out. After Conner Greene replaced Watkins, Cabrera hit a sacrifice fly to score Grossman.

“The pitch count in the first inning didn’t give me an opportunity to fully finish that last inning,” Watkins said. “My pride [comes] in eating innings, and to [finish] those innings, and keep my pitch count low.”

Watkins allowed four runs on three hits in 5 2/3 innings. He struck out four and gave up the two first-inning walks.

“That’s part of this game,” Watkins said of the ball four calls. “It’s a judgment call. That’s up to the umpire on what he’s feeling that day. I’ve got to do a better job of getting into the count earlier than 3-2.”

Detroit (51-57) added on in the seventh when Harold Castro led off with a double, and Grayson Grenier singled. Keegan Akin, who was activated off the Covid-19 injured list before the game, allowed a run-scoring single to Harold Castro with one out. After Schoop singled to load the bases, a sacrifice fly by Grossman scored Grenier for Detroit’s sixth run.

Notes: The Orioles open a three-game series at Yankee Stadium on Monday night. Jorge López (2-12, 6.19 ERA ) will face Andrew Heaney (6-7, 5.27). … Centerfielder Cedric Mullins didn’t play. It was just the second game he’s missed this season. Mullins has a 10-game hitting streak. … Second baseman Domingo Leyba was hitless in three at-bats. He’s in an 0-for-18 slump. … Catcher Austin Wynns was 0-for-2, and he’s hitless in his last 13 at-bats. … Hays’ double broke an 0-for-15 skid.