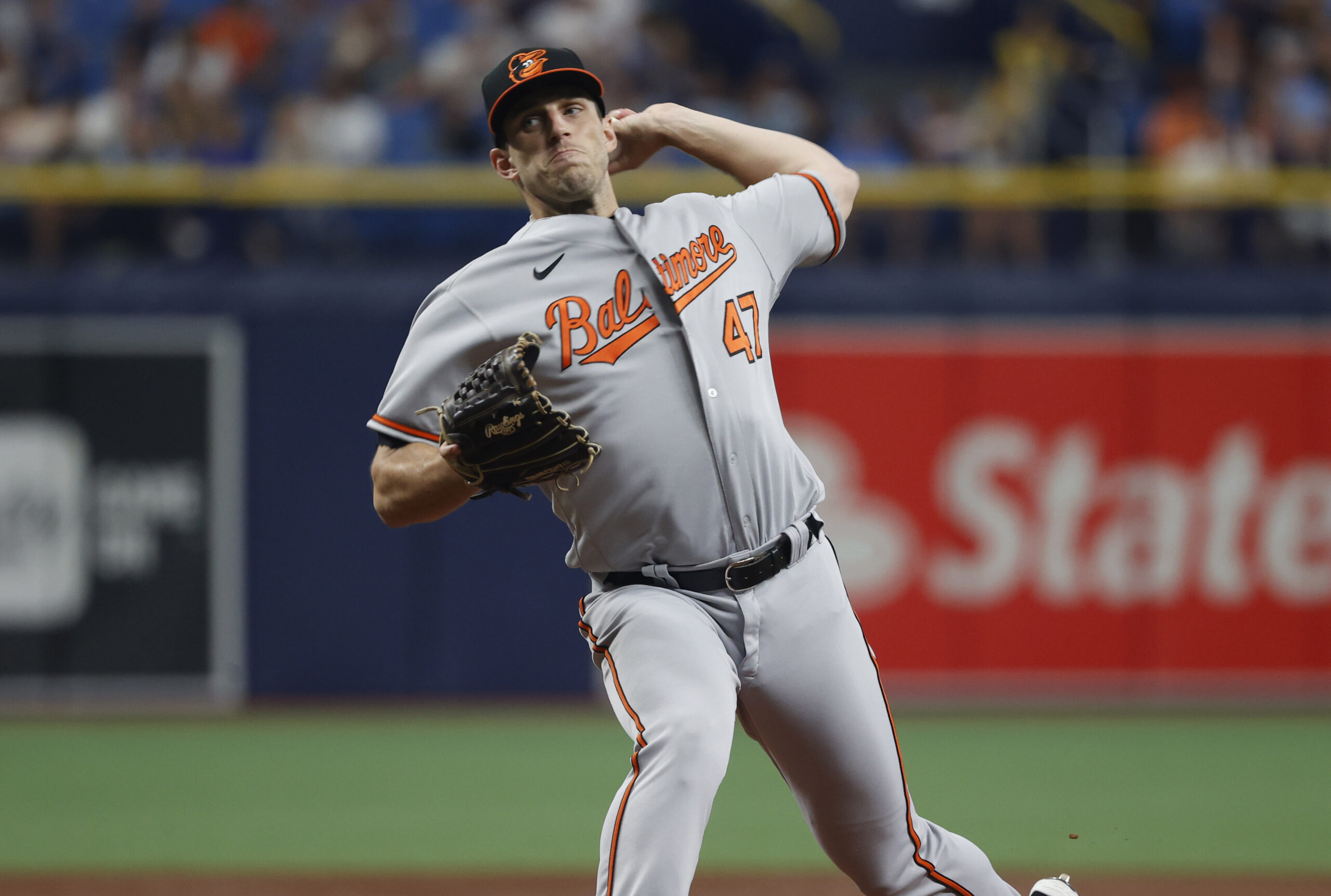 In his first start since injuring his left shoulder on June 5th, John Means allowed five runs in five innings in the Orioles’ 9-3 loss to the Tampa Bay Rays at Tropicana Field on Tuesday night.

It ended the Orioles’ fifth three-game winning streak of the season.

“I thought I was attacking, and so were they,” Means said. “I had too many fat pitches today.”

In three rehab starts after a strained left shoulder put him on the injured list, Means had a 5.63 ERA.

“I just thought it was one of those outings after coming off rehab where I wasn’t as sharp as I would like,” Means said. “I thought my pitch count was good. I thought I was definitely pounding the zone and I could have easily gone back out there, but I get it. It was my first outing coming back … I understand that, but I thought I could have finished a little stronger than I did.”

Tampa Bay (56-39) scored two runs off Means in the first inning on an RBI single by Vidal Bruján and a sacrifice fly by Wander Franco.

A second-inning RBI single by Pedro Severino against Shane McClanahan (4-3) cut the lead to 2-1.

Randy Arozarena hit his 11th homer of the year in the third, and Francisco Mejia had a two-run homer, his fourth, in the fourth and Tampa Bay led, 5-1.

Arozarena is batting .438 with five home runs and 14 RBIs in seven games against the Orioles this season.

“I just thought he was rusty early,” manager Brandon Hyde said of Means. “He got better as the game went on. I thought his stuff improved.”

Hyde said he was going to be cautious with Means after the injury.

“We got him through five. We probably could have kept him going,” Hyde said. “When he feels good, that’s a positive. Now, we’ll continue to stretch him out.

“Tonight, I was definitely not going to stretch him. I’m going to see how he feels the rest of the way.”

McLanahan gave up one run on four hits in five innings, striking out seven and walking one.

César Valdez pitched two spotless innings for the Orioles (31-63) in the sixth and seventh.

The Orioles scored two runs in the eighth as the Rays committed two of their four errors. Ryan Mountcastle was credited with a sacrifice fly on right fielder’s Brandon Lowe’s error that allowed Austin Hays to score. A double by Anthony Santander made it 5-3. Hays reached on a throwing error by Franco at third base to begin the inning.

A wild pitch by J.P. Feyereisen moved Santander to third. Ramón Urias walked, but Severino and DJ Stewart were called out on strikes by Pete Fairbanks.

The Orioles failed to capitalize on the other two Tampa Bay errors by first baseman Ji-Man Choi in the third and Bruján at second in the fourth.

“They definitely gave us some opportunities,” Hyde said. “We had a shot there in the eighth. We had the tying run on with one out, and two shots at it. They have really good bullpen arms … They bring in a bunch of dudes that have high-octane fastballs and good secondary stuff.”

The Orioles were 1-for-11 with runners in scoring position.

“We made it tight in the eighth inning there. We just didn’t get that big hit there with runners on first and third.”

Shaun Anderson, in his third appearance with the Orioles, allowed four runs, one unearned, in the eighth inning as Tampa Bay increased its lead to 9-3.

The Orioles have lost 13 of their last 15 to the Rays.

Notes: Keegan Akin (0-5, 8.19 ERA) will face starts Michael Wacha (2-2, 5.14) on Wednesday. The game will begin at 12:10 p.m. … The Orioles signed outfielder Donta’ Williams, their fourth-round draft choice. … The game was seen exclusively on YouTube, and it was broadcast by an all-female crew featuring Orioles broadcaster Melanie Newman.

First baseman Toby Welk and leftfielder Johnny Rizer each had home runs for the Baysox.

The IronBirds had just two hits — a fifth-inning RBI single by shortstop Jacob Westburg and a single by centerfielder Hudson Haskin in his first game since his promotion from Delmarva.