Minor Monday: Pitcher Cody Sedlock is on the rebound - BaltimoreBaseball.com 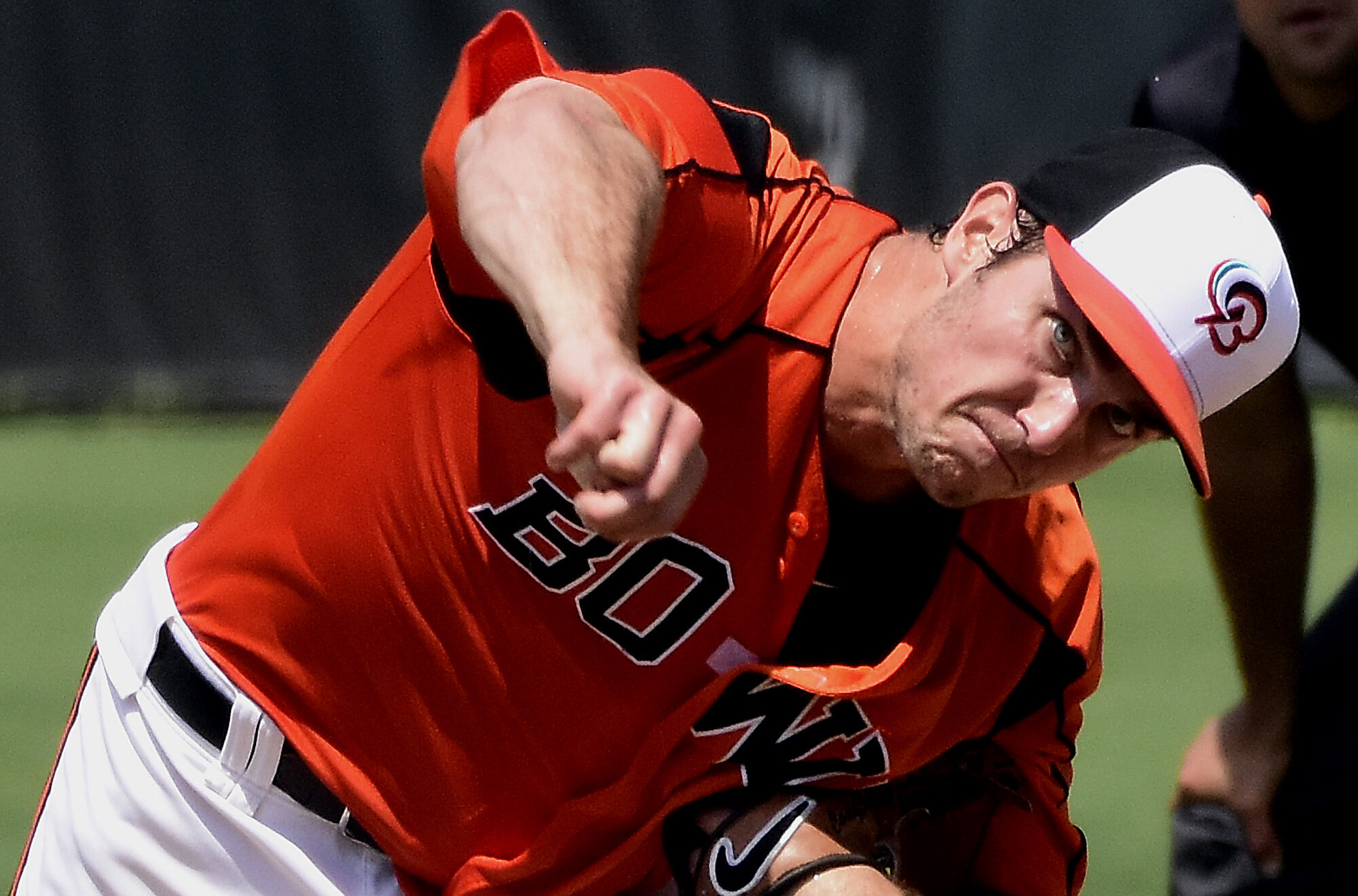 Cody Sedlock has a new perspective on his baseball career.

Sedlock was selected by the Orioles in the first round (No. 27 overall) of the 2016 Major League Baseball draft. He appeared to be on a fast track to the majors as the team’s No. 2 prospect but injuries and struggles hampered his progress.

Now, he is focused on the moment and being the best pitcher he can be at Double-A Bowie. He is not worried about when he might make his major-league debut.

In 2017, Sedlock had injuries to his right elbow and forearm. He went 4-5 with 5.90 ERA in 90 innings for then-High-A Frederick. The following year, he had a shoulder strain and thoracic outlet syndrome — a group of disorders that occur when blood vessels or nerves in the space between the collarbone and the first rib are compressed — and went 0-3 with a 5.11 ERA in 37 innings.

“I’ve had kind of an up-and-down road since I was drafted,” said Sedlock, who finished the season ranked as the No. 25 Orioles prospect, according to Baseball America. “I came out hot out of the gate, but there were a lot of injuries and a lot of poor performance, stuff like that. It slowed me down, but it helped me to sit back and re-create myself as a pitcher. At this point, the biggest thing since I got drafted was just being able to throw any pitch in any count and have four or five weapons. In college, it was just fastball, slider.”

There was no minor league season in 2020 because of the pandemic, but the 6-foot-4 right-hander continued to work out in the Chicago area.

So far this season, Sedlock is 2-1 with a 3.83 for the Baysox in 12 outings, including seven starts, and 40 innings. Sedlock has shown solid command and has 42 strikeouts with 23 walks. He has allowed just three homers.

“I feel great physically right now,” Sedlock said. “My velocity is better than it’s ever been. I am recovering very well, probably the best I recovered in my career. It’s great to be able to pitch the next day and you’re still feeling good. I am able to get really good work in between my starts. That’s really how you build up a good season.”

Sedlock has been a starter throughout most of his career. However, he has pitched out of the bullpen with the minor-league affiliates, piggybacking their pitchers to get them enough innings. The versatility could bode well for his short-term trajectory.

“I think I can pitch in any role,” Sedlock said. “Right now, my eyes are set on being a starter. I believe that my future at the big-league level is to be a starter. What they’re doing right now, with all of the piggybacks and things like that, you’re still getting the workload of a starter.

“It has been a good experience to come in out of the bullpen and be able to get hot in the bullpen quickly and change up routines. You take away the aspect of starting where you know you are starting at this time, you know exactly when to start playing catch. It does make you bulletproof as a pitcher, being able to come in any role for the rest of your career.”

Sedlock does not have a timeline for when he will make his debut in Baltimore. He’s keeping things simple and focusing on the moment.

“The goal for me is to continue to work and attack hitters,” Sedlock said. “Just being as efficient as possible. I am trying to make sure I am getting my best pitches to my best locations and competing.”

Rodriguez shines: Grayson Rodriguez had a career-high 12 strikeouts in five innings in Bowie’s 6-2 victory over Erie on Sunday. Rodriguez, MLB’s top-ranked pitching prospect, gave up just two hits and allowed one walk. Rodriguez is 4-1 with a 2.04 ERA.

Rodriguez was named the Orioles Jim Palmer Minor League Co-Pitcher of the Year with Mike Baumann in 2019 after finishing the season with Class-A Delmarva, going 10-4 with 2.68 ERA. The 6-foot-5, 21-year-old right-hander was also named the 2019 South Atlantic League Most Outstanding MLB Prospect.

Playoff-bound? The Delmarva Shorebirds are 39-25 and in position to make the playoffs at the midpoint of the season. The Shorebirds had three players — Gunnar Henderson, Jordan Westburg and TT Bowens — earn player of the week honors this year. Delmarva also had two eight-game winning streaks. The offense was second best in the league in the first half, averaging more than six runs per game, and the Shorebirds’ pitching staff had a league-best 3.50 ERA.

Kremer struggles: Dean Kremer allowed eight runs, five earned, on six hits with three home runs in 3 1/3 innings in Triple-A Norfolk’s 12-6 loss to the Memphis Redbirds on Sunday. Kremer (0-3, 7.20 ERA) struck out two batters and walked two. Kremer has started 12 games over two separate stints with Baltimore in 2021, posting an 0-7 record and a 7.25 ERA (40 earned runs, 49.2 innings pitched). His most recent major-league outing came in a start against the Blue Jays in Buffalo on June 24th, when he lasted just a third of an inning, allowing six runs on two hits, including a grand slam. He walked five and took the loss in a 10-7 setback.