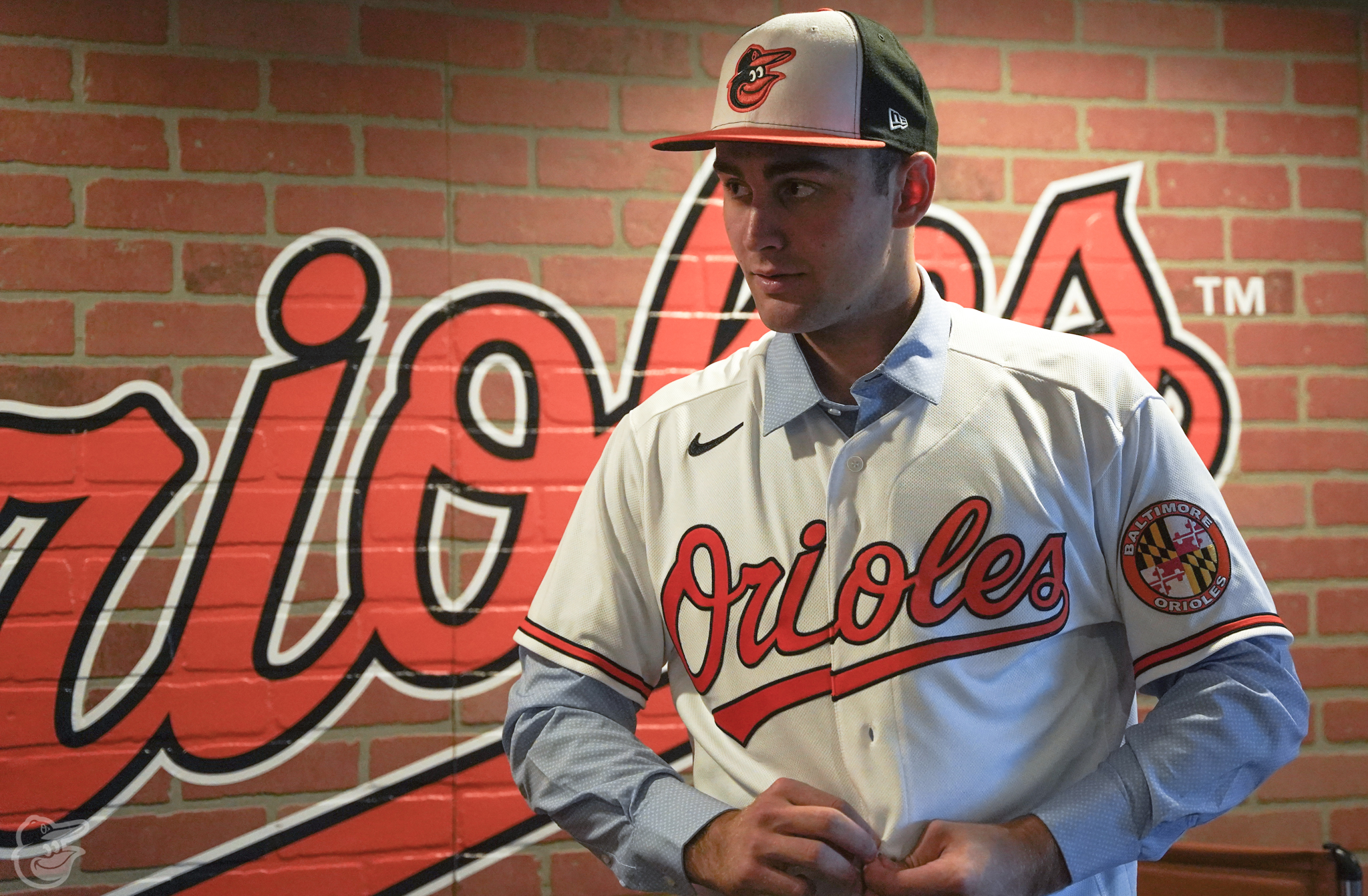 Colton Cowser, the Orioles’ top draft pick who said it was a dream come true to be selected by Baltimore, signed his rookie contract with the team on Saturday.

The approximate pick value for Cowser, a power-hitting outfielder from Sam Houston State, is $6.18 million, according to Major League Baseball. However, Jon Heyman, of the MLB Network, reported that Cowser signed for $4.9 million, a significant underslot for Orioles general manager Mike Elias.

Orioles manager Brandon Hyde said Saturday that it was important for draft picks such as Cowser to start their professional career as soon as possible.

“That’s great that we got him signed up and joined the organization,” Hyde said. “Congratulations to him and to Mike (Elias) and the rest of our front office, scouting department for the pick and the draft and getting him signed right away. I think it’s fantastic. Get the guy in our organization, get him with our coaches and our player development staff to get guys moving and get guys started on their development.

“So, it’s very important to get first-round picks signed, and it’s even better when you get them signed right away. I’m excited to see what he can do.”

The Orioles have high hopes for Cowser after selecting him with the fifth overall selection in the draft.

This past season as a junior, Cowser, 21, was named the Southland Conference Player of the Year, becoming the second player in Sam Houston history to earn the honor. He also earned All-SLC First Team, SLC All-Defensive Team, and SLC All-Tournament team honors, leading Sam Houston to the SLC title game. Cowser became the first player in program history to be named a semifinalist for the Golden Spikes Award.

“It’s a dream come true,” Cowser said about being drafted by the Orioles. “I’ve dreamed about this and my family’s invested a lot into me. You know they’ve sacrificed all the time. Just to be able to spend it with friends and family means the world to me.”

Cowser is considered a natural centerfielder and that’s where he is likely to begin playing in the minors. The Orioles have Cedric Mullins in center field, and he is having a breakout year, earning a spot on the American League All-Star team.

Elias is confident there will be a spot for Cowser on the big-league club over the next couple of years.

“Obviously, we have a really good centerfielder on the team right now, but the beauty of that position and any up-the-middle position is you can slide around if needed, and you can’t have too many centerfielders,” Elias said. “He’s a great defensive player in all three outfield spots, but he can play center and that’s a big part of his skill set.”

Harvey gets start: Matt Harvey (3-10, 7.70 ERA) will start the series finale against the Royals on Sunday. Harvey is looking to snap an eight-game losing streak. He has not won since May 1st at Oakland. The Royals will start Carlos Hernández (1-0, 4.98 ERA).

Means back in rotation: Hyde expects John Means (4-2, 2.28 ERA) to start Tuesday night against the Tampa Bay Rays. Means has not pitched for the Orioles since June 5th when he was forced to leave against the Cleveland Indians because of a strained left shoulder. Means pitched three rehab games for High-A Aberdeen, Double-A Bowie and Triple-A Norfolk, going a combined 0-1 with a 5.63 ERA in eight innings.