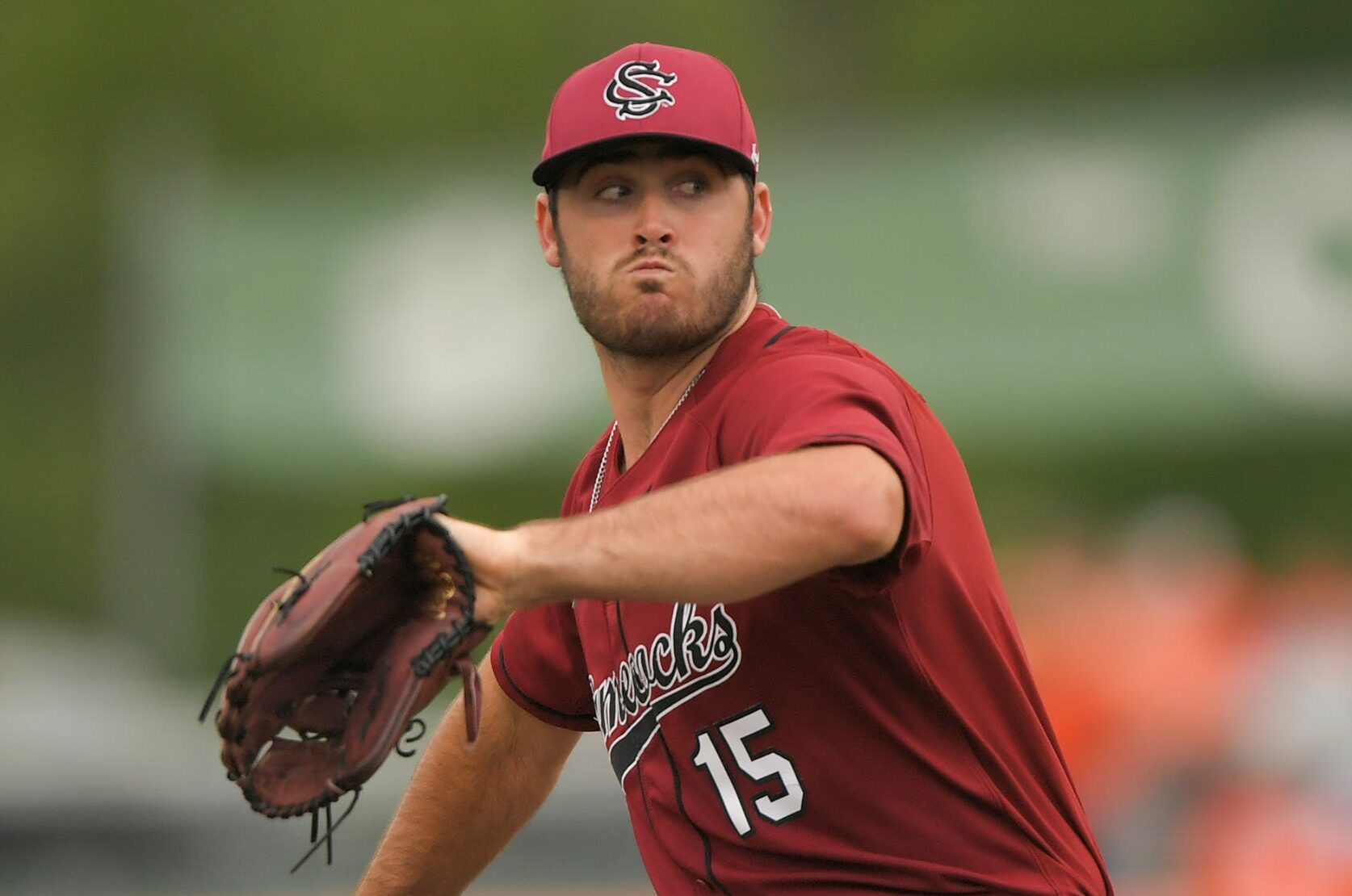 After taking just one pitcher in their first 11 draft picks, the Orioles took eight in the third and final day of the Major League Baseball draft.

The eight — out of 10 selections on Tuesday — were right-handed college pitchers.

“We’re just looking for guys who throw strikes, a lot of strikes, get more strikeouts than walks,” Orioles supervisor of domestic scouting Brad Ciolek said. “Guys that have some secondary weapons that we can hone in on and improve in terms of an arsenal. A lot of these checks those boxes, and we’re really happy with the group of arms we got today.”

Only first baseman Jacob Teter, from Florida Southern, in the 13th round stopped the run on right-handers that began with Dylan Heid, from Pittsburgh-Johnstown, and Justin Armbruester, from New Mexico, in the 11th and 12th rounds.

“We spent a lot of time looking at these college pitching prospects,” Ciolek said.

Outfielder Trendon Craig, from Louisburg, was their final pick in the 20th round.

Of their 21 picks, only one, catcher, Creed Willems, taken in the eighth round, is a high school player.

Ciolek didn’t address the question of overslotting. When the Orioles selected Sam Houston State outfielder Colton Cowser with the fifth overall pick, it was thought the Orioles could save some of their draft pool and spend it on players who had leverage.

Willems, who has committed to Texas Christian University, is one player who could fit that category, and Ciolek said a couple of players taken in rounds 2-11 on Monday were sophomore-eligible for the draft and could be overslotted as well.

“Don’t be surprised if there are some guys that are overslot,” Ciolek said.

Craig, who’s from the same junior college that Orioles centerfielder Cedric Mullins attended, has a commitment to attend South Carolina, and the Orioles could go overslot for him.

Craig was one of the players the Orioles brought to Camden Yards for a workout.

“He showed some power. He showed that he could run,” Ciolek said. “We’re going to do the best to get him in black and orange as soon as possible.”