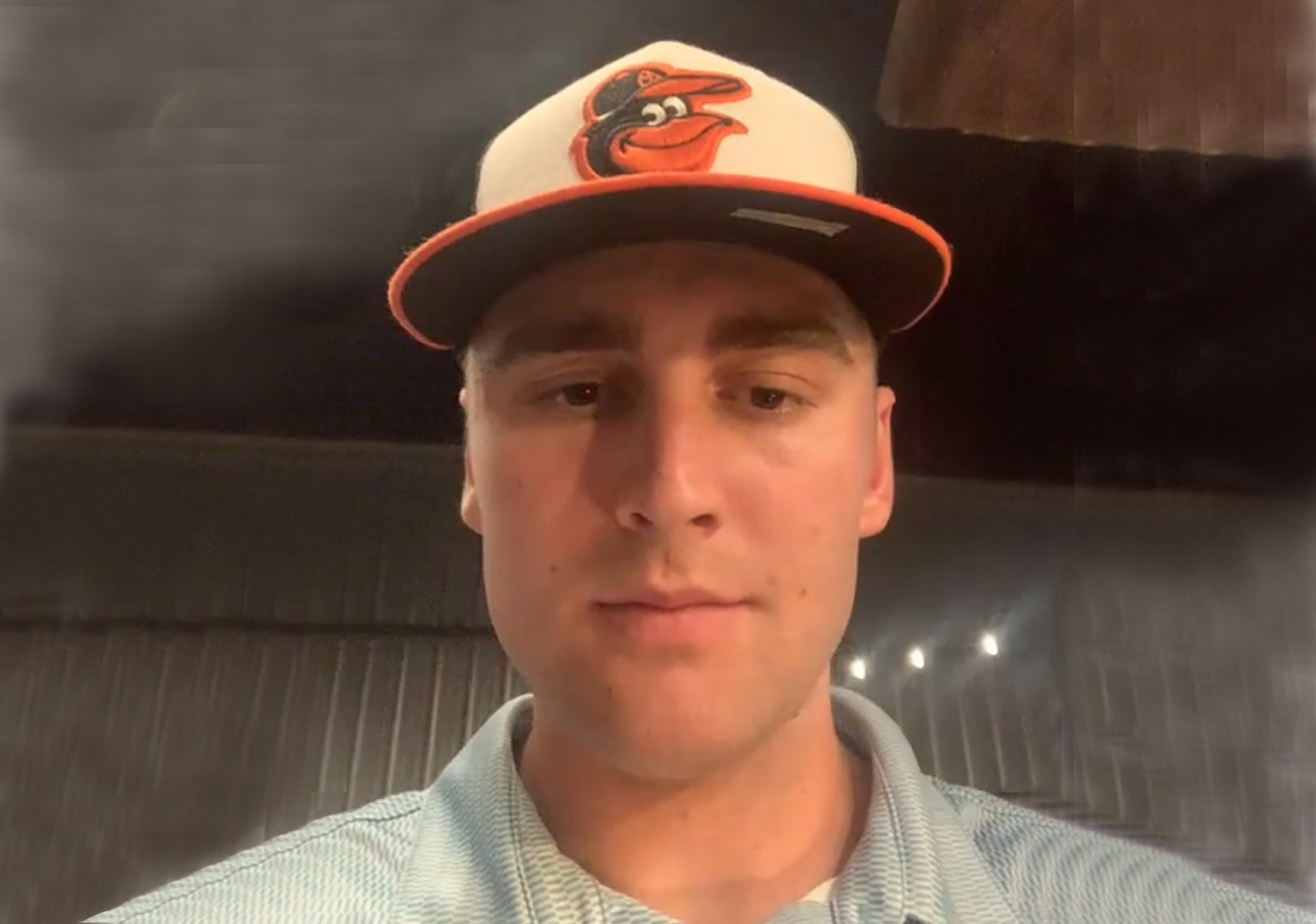 Mike Elias knew about Colton Cowser when he was scouting for the Houston Astros. Cowser was playing top-level high school baseball in Cypress, Texas, about 30 miles from Houston.

“He was young and skinny and not really a pro guy coming out of high school even though he was all-state as a hitter,” Elias said. “Then went to college and filled out a little bit and then started raking.”

Elias, the Orioles’ executive vice president/general manager, was excited about drafting Cowser, a 6-foot-3, 195-pound junior from Sam Houston State University with the fifth overall pick in Sunday’s first round of the Major League Baseball draft.

“He’s gotten to this point with a lot of hard work, and he’s got a lot of projection ahead of him, still,” Elias said. “This isn’t a totally finished product.”

Cowser was at a draft party with his high school teammate, Ty Madden, a pitcher who was picked 32nd overall by the Detroit Tigers from the University of Texas.

He said he’s known since spring that the Orioles were interested in him.

“I actually went up to Baltimore for a workout, and that’s where I figured they were kind of serious,” Cowser said.

His adviser told him about five minutes before the selection that the Orioles would pick him. Elias called him, but Cowser didn’t recognize the number and ignored the call.

“I was told not to answer if I didn’t have the number,” Cowser said. “It ended up being him, so I gave him a call right back.”

“I’m not surprised,” Cowser said about being picked fifth. “Not saying that arrogantly. When the MLB draft plays out, you never know what’s going to happen.”

The slot value for the fifth pick is $6.18 million, and the industry perception is that Cowser will be signed for less than that to allow the Orioles to spend their bonus allotment on other players.

“Whatever we end up signing him for, we’ll sign him for,” Elias said. “Obviously, from the club side, you want to preserve as much capital for the rest of the draft as possible, but you take the guy you want to take, and that’s what we did here. This was our player at five, and that’s the most important thing for our draft and the way we approach it wherever I’ve been.

“You do work your bonus pool in this day and age, and that’s what happens.”

Elias is eager to see Cowser play. He has until July 31st to sign a professional contract and get some time in the minor leagues.

“They develop players really well, and I definitely think the whole front office and scouting department is doing a really great job,” Cowser said. “I’m really excited they see me as a good piece for the organization.”

Cowser shared the moment with his family, Madden and high school and college teammates.

“This is a dream come true,” Cowser said. “My family’s invested a lot in me. They sacrificed a lot of time.”

The Orioles have Cedric Mullins, an All-Star centerfielder, and Elias thinks Cowser is a special talent.

“Obviously, we have a really good centerfielder on our team right now, but the beauty of that position and any up-the-middle position is you can slide around if needed. You can’t have too many centerfielders. He’s a great defensive player in all three outfield spots.”