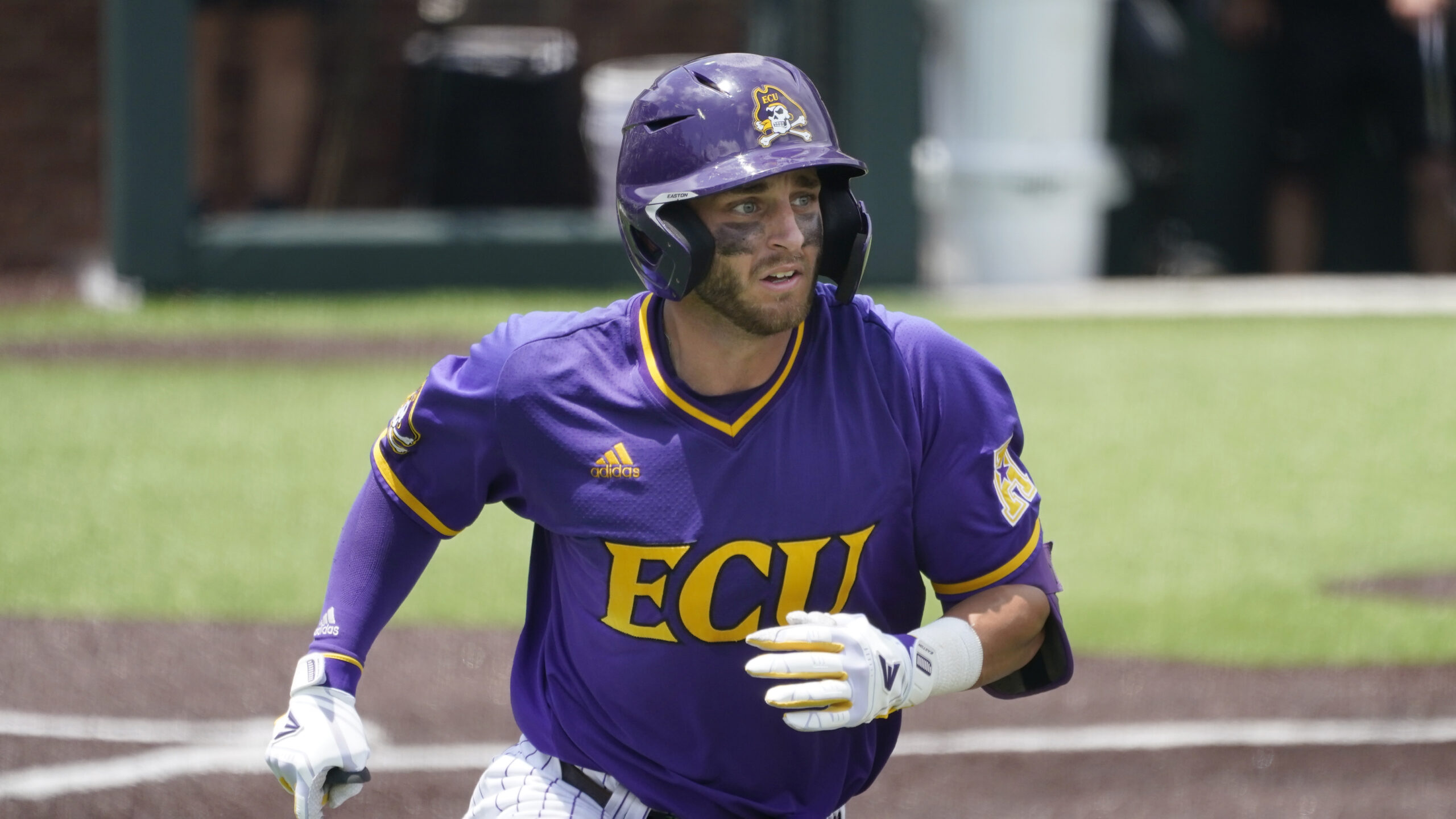 After the Orioles selected Sam Houston State outfielder Colton Cowser with the fifth overall selection on Sunday night, it was natural to think they would take several pitchers in the second day of the Major League Baseball draft.

However, the Orioles again surprised observers by taking only one pitcher among the 10 players they picked on Monday.

“Bottom line is, we’re looking to take the best available player,” Brad Ciolek, the Orioles’ supervisor of domestic scouting said. “Granted there is a lot of data and analytic insights with the college bat demographic that we feel very strongly and comfortable with, so we went ahead to target those guys early and often through the top 10 rounds.”

In the three drafts preceding the arrival of executive vice president/general manager Mike Elias, the Orioles chose pitchers Cody Sedlock, DL Hall and Grayson Rodriguez with their first picks from 2016-2018. In Elias’ three drafts, the Orioles have picked only four pitchers in the first 10 rounds while selecting 10 outfielders, nine infielders and five catchers.

“We want to make sure we find guys that we think are going to perform well at the next level,” Ciolek said. “That have the ability to put the bat on the ball, to take walks, to get on base, but also we want guys that show glimpses of power potential.

“It makes sense in the natural progression of the rebuild. We also feel that a lot of these guys will be fast movers. Obviously, the number one goal here is to continue to not only supplement, add more talent to the minor league system, but add guys that might be able to climb the ladder rather quickly.”

University of Texas Arlington right-hander Carlos Tavera was the Orioles’ pick in the fifth round.

“We do extensive research on our pitchers,” Ciolek said. “Ultimately, with each spot that we’re at, we have to sit here and try to figure out, ‘Is taking this guy worth the risk over a position player or a bat?’ We will be looking to target some pitching on Day 3.”

Most of the players they picked were college position players. The most notable was second baseman Connor Norby, from East Carolina, who led the nation in hits with 102 and hit .415.

“Norby has tremendous feel for the barrel,” Ciolek said. “He has the ability to adjust well from the fastball to the breaking ball to the offspeed stuff. It’s a lightning-quick bat, and he’s shown that he can hit elite pitching.

“We really like what we’re getting here in terms of the offensive potential. He’s a very athletic kid, so we were very excited that we were able to get him in the second round.”

Between Norby and Tavara, the Orioles selected three outfielders — Southern Mississippi’s Reed Trimble in Competitive Balance Round B, Kentucky’s John Rhodes and Arizona’s Donta’ Williams in the third and fourth rounds.

“We always are looking for guys that have quality at-bats that won’t chase outside of the zone and, ultimately, guys that have tools all around that can play at the next level,” Ciolek said. “A lot of these guys do have the ability to stay within zone and don’t expand when they’re pitched outside the zone.”

In the eighth, the Orioles went the high school route, picking catcher Creed Willems, from Aledo, Texas. He has committed to Texas Christian University.

They concluded the draft by selecting infielder Ryan Higgins, from Fresno State, in the ninth and outfielder Billy Cook, from Pepperdine, in the 10th.

The draft concludes with rounds 11-20 on Wednesday.

“We always have pitchers lined up, up and down our board,” Ciolek said. “Ultimately, we have to make a decision. We have to take the risk into account. We will be looking extensively at some arms tomorrow.”