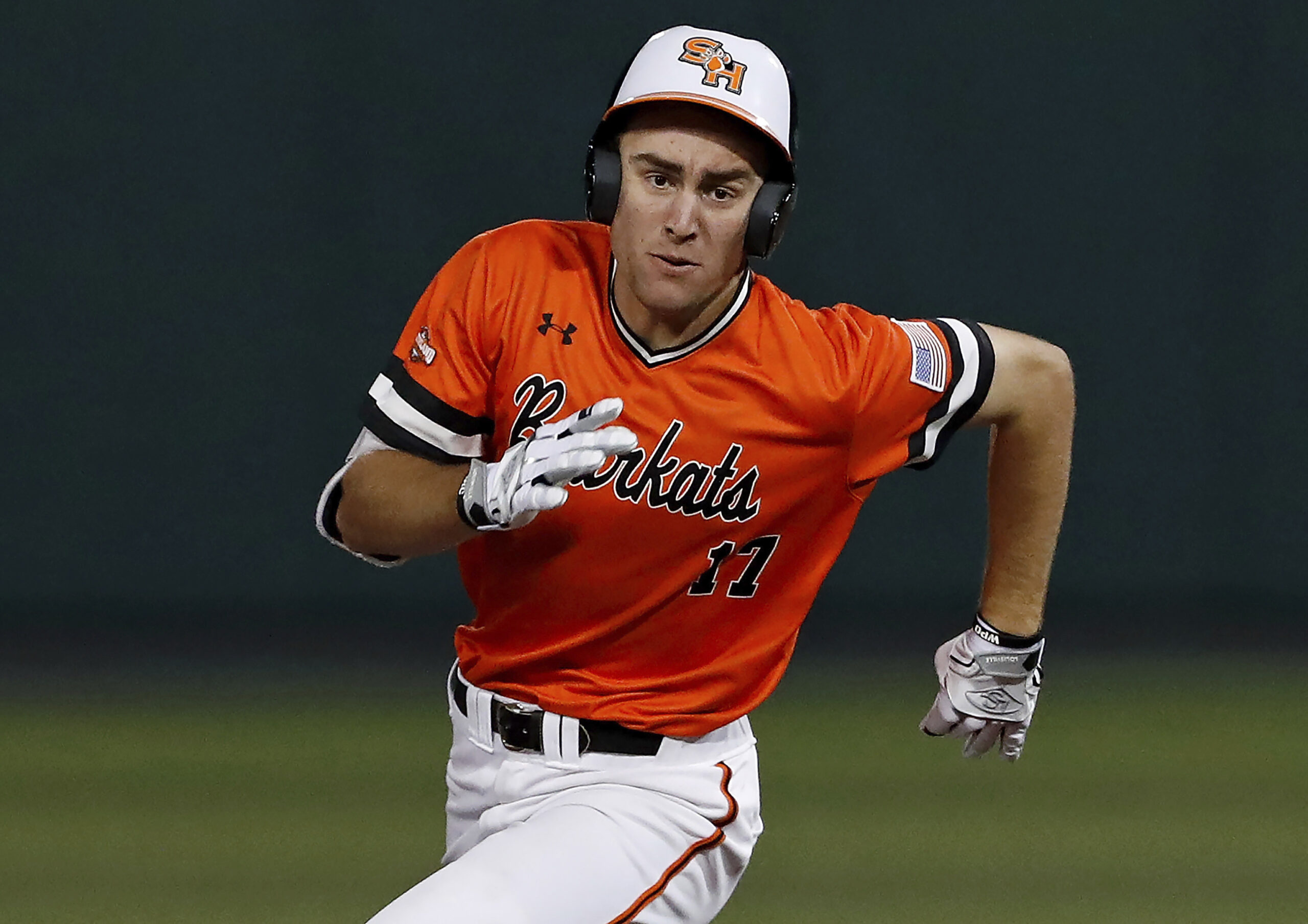 “Colton has been and is one of the best pure hitters in the country since setting foot on campus at Sam Houston,” Orioles executive vice president/general manager Mike Elias said. “All-American, TeamUSA , year after year and this year put up a superlative line for them showing power, hitting for average, speed, defense. He’s a five-tool player.

“He’s somebody that we project to impact our team and our lineup on both sides of the ball, both offensively and defensively. I think it’s rare to get those type of physical tools and all five of them in a college performer, like we just did.”

Cowser was named the Southland Conference Player of the Year.

Some mock drafts linked University of Louisville catcher Henry Davis with the Orioles, but the Pittsburgh Pirates selected him first overall. Vanderbilt pitcher Jack Leiter was taken by the Texas Rangers with the second pick. Detroit took Oklahoma high school pitcher Jackson Jobe third. California high school shortstop Marcelo Mayer, who many thought would be the first overall pick, fell to the Boston Red Sox with the fourth selection.

“We didn’t know until after Boston completed its pick exactly what we were going to do,” Elias said. “This has been written about, a good draft class, rather bunched up in talent.”

Some of the biggest names the Orioles passed on were Texas high school shortstop Jordan Lawler, who went sixth to Arizona; Vanderbilt pitcher Kumar Rocker, selected by the New York Mets with the 10th pick; and Georgia high school shortstop Brady House, who was the 11th pick by Washington.

“Cowser was a guy we were very, very high on, especially as the spring got going,” Elias said. “One thing that’s just really rare with him, especially in today’s game, is the hit-for-average tool, power without striking out. He’s an elite contact hitter. He uses the whole field. He runs, throws and plays center field, and plays it well, and he’s really able to do it all.

“Those types of profiles are hard to find, especially with the certainty that an elite college performer provides. That’s why he was viewed by the industry as a top of the first-round talent. and we pounced on him.”

It’s the second consecutive year the Orioles took a college outfielder. In 2020, they selected Arkansas outfielder Heston Kjerstad with the second overall pick. Kjerstad has yet to play because of myocarditis, an inflammation of the heart muscle.

“These elite college performers, over and over, are surprisingly good when you look back at past drafts,” Elias said. “You’re amazed that they didn’t go higher sometimes. That has continued to be a lesson of history year after year, and we’re very mindful of that.”