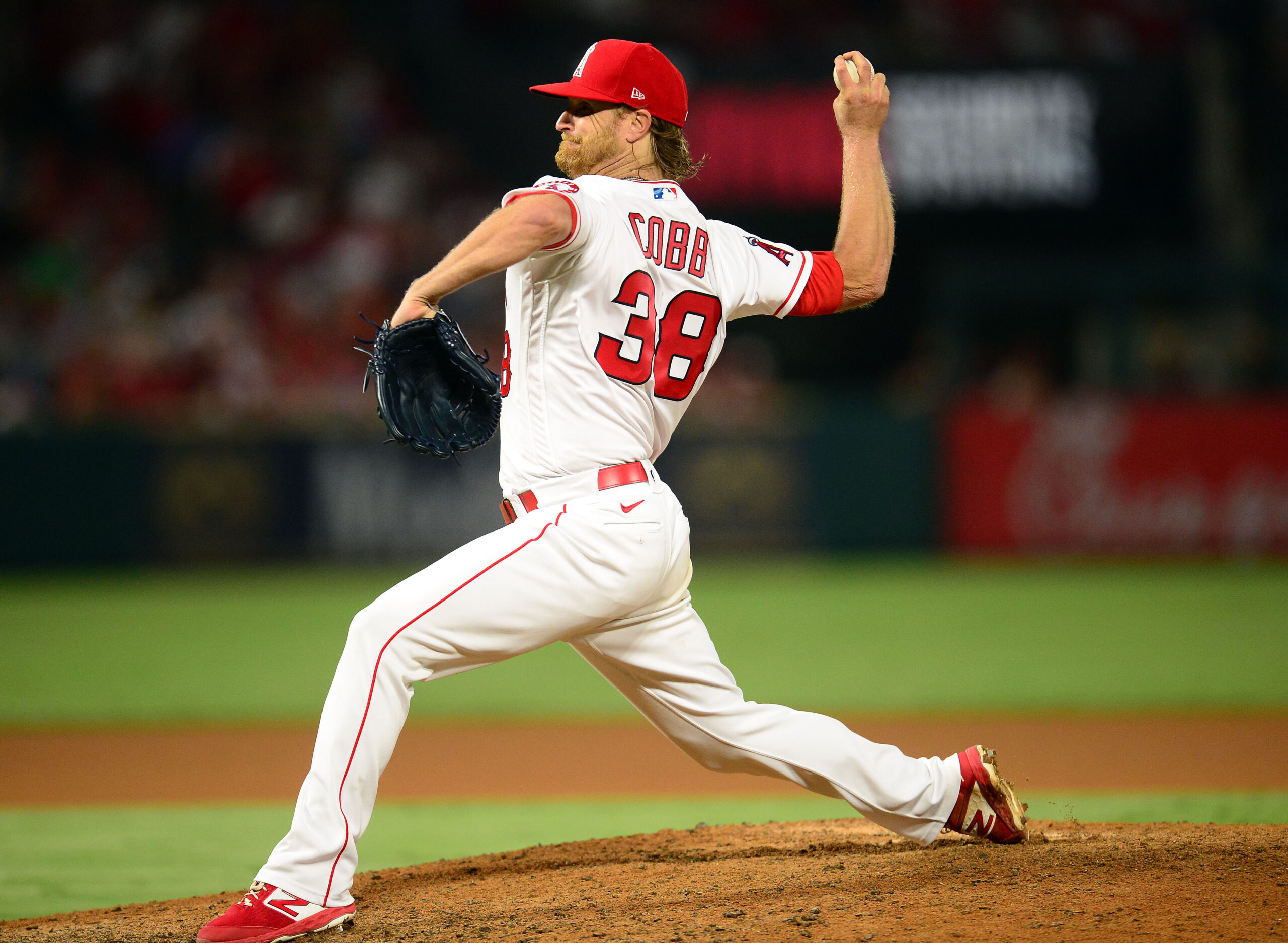 Cobb (6-3) had an injury-prone three years after signing a four-year, $57 million contract, winning just seven games, none at home.

“I thought Cobb threw an outstanding game,” manager Brandon Hyde said. “I thought he had everything going … His command was excellent. He pitched ahead of us the entire game.”

Jorge López gave up three early runs. In the first, David Fletcher extended his hitting streak to 17 games with a single. Shohei Ohtani and Anthony Rendon walked to load the bases.

“When I get ahead, I’m really good. When I get behind, that’s when I get hurt,” López said.

He thought that home plate umpire Jim Reynolds squeezed him on close pitches.

“An umpire isn’t perfect, I’m not perfect,” López said. “Nobody is perfect. We try to do the best we can. My emotions really showed. It’s something I’ve been working on, to keep my focus where it should be.”

Pat Valaika’s force scored Domingo Leyba in the third for the Orioles’ run.

Gosselin’s RBI single scored Walsh in the fifth to put the Orioles behind, 4-1.

A night after Ohtaini hit two home runs and scored the winning run, López and Adam Plutko each walked Ohtani intentionally. In the Orioles’ first 82 games, they had issued just three intentional walks.

“Ohtani, right now is the best player in the league,” Hyde said. “I was trying to keep the score right there … Ohtani right now is playing a different game than the rest of us.”

Raisel Iglesias pitched a spotless ninth for his 16th save.

Means in the minors: John Means, who has  been on the 10-day injured list because a strained left shoulder since June 6th, will start for High-A Aberdeen on Sunday.

Hyde said that Means would pitch two or three innings, and he hopes he can return to the Orioles “right after the All-Star break.”

Bundy sees Orioles: Dylan Bundy, who was traded by the Orioles to the Angels in December 2019, saw his old team for the first time since the trade on Friday.

“It’s a different feeling, I guess,” Bundy said. “I wasn’t sure what to feel, being two years ago.”

Bundy looked over at the Orioles on Friday night. “Everybody was asking me how many guys I recognize or know or still talk to,” he said. “There are a lot of new faces over there, for sure. The guys that are still over there, I try to get to talk to as much as I can ….”

“I didn’t throw up, so it was positive,” Bundy joked.

Kevin Smith (1-1) gave up a run on two hits in five innings, striking out nine and walking one.

Shortstop Gunnar Henderson was hitless in four at-bats and is 1-for-31 (.032) since his promotion, but he did score the second IronBirds run in the ninth.

Low-A Delmarva was held to three hits in a 3-2 loss to Lynchburg. The loss ended the Shorebirds’ eight-game winning streak.

Bowie left-hander Cameron Bishop was the team’s Minor League Pitcher of the Month for June. Bishop pitched 22 scoreless innings, striking out 32 and going 2-0.