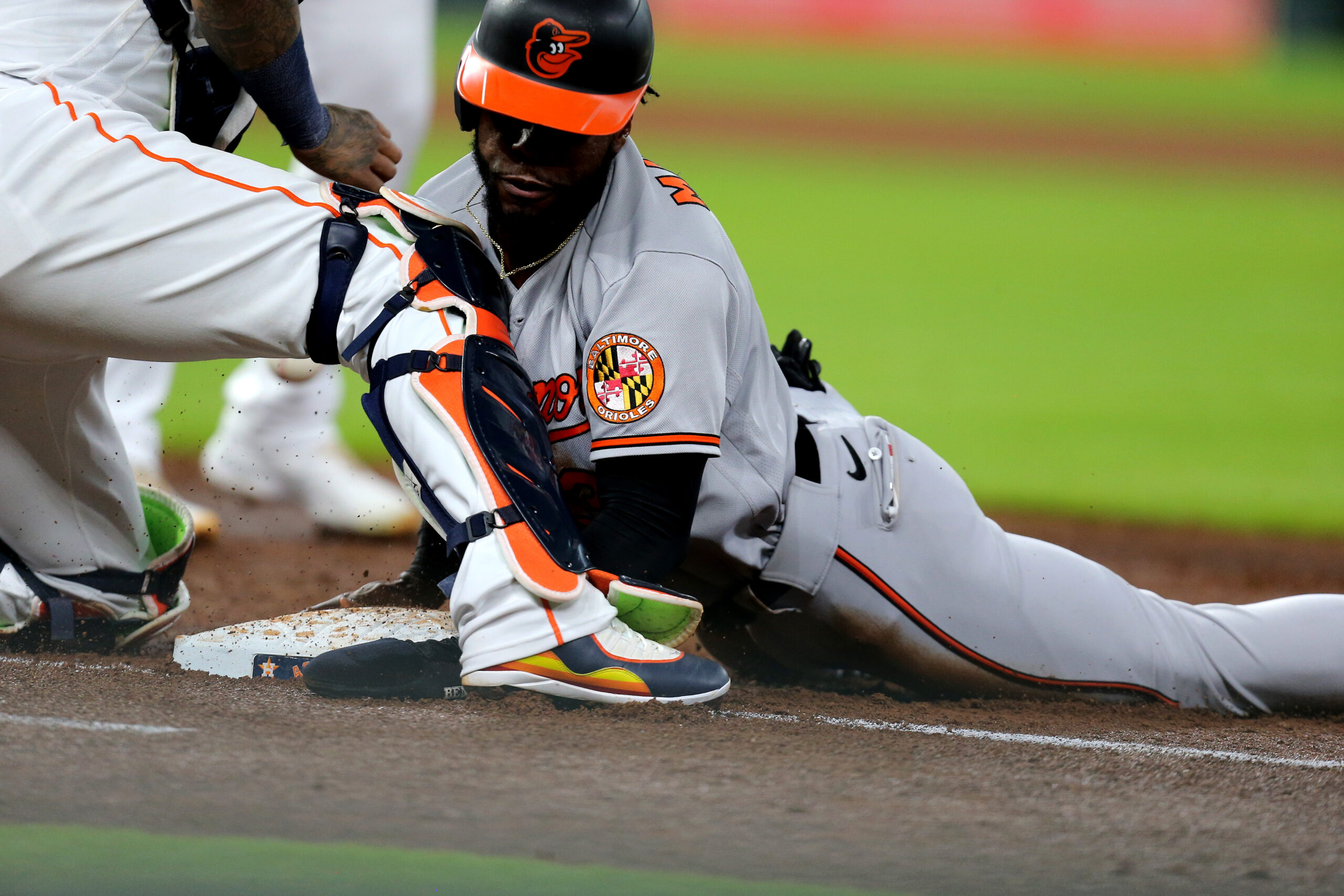 Orioles manager Brandon Hyde acknowledged before Tuesday night’s game that he wasn’t happy with his options for a starter. Hyde had used six of his nine relievers in a win over the Astros on Monday night.

He settled on Travis Lakins, who had pitched four innings in relief against Toronto on Friday night.

“We’re just trying to piece it together,” Hyde said. “It’s not an ideal situation. A spot starter and a taxed bullpen.”

The Orioles, who were outscored 26-3 by the Houston Astros last week at Camden Yards, have won the first two games of the series at Minute Maid Park by scoring 22 runs. The offense has overcome 19 walks in two games by the pitchers.

Cedric Mullins had four hits, and Austin Hays and Maikel Franco each drove in three runs in a 13-3 win over the Astros on Tuesday night.

On Monday, the Orioles (26-54) walked 10 batters and won, 9-7. They followed it with by walking nine and winning a second straight.

“It’s a great opportunity for guys up and down the lineup to help produce some runs. It’s been really solid,” Mullins said. “We’re getting walks in the right situations and guys are coming up big in big spots.”

It was the first time the Orioles have won two straight since June 6-8, and their first series win since winning two of three against Cleveland on June 4-6.

Leading 4-3 after seven, they scored five runs in the eighth and four more in the ninth.

It turned out that neither Lakins nor Houston starter José Urquidy made it through the second inning. Urquidy, who allowed a home run by Mullins, his 14th,  to begin the game, left after recording just four outs because of right shoulder discomfort.  Lakins allowed a run in the bottom of the second exited after 1 2/3 innings because of right elbow discomfort. He walked three, threw a wild pitch and hit a batter.

“He’s getting an MRI in the morning, and we’ll know more [Wednesday],” Hyde said.

Carlos Correa walked and moved to second on a wild pitch by Lakins, who then was called for a questionable balk call that advanced Correa to third. He scored on a sacrifice fly by Abraham Toro to tie the score, 1-1.

Lakins walked Myles Straw, hit Martin Maldonado with a pitch and walked José Altuve before he left the game in the second. He was replaced by Adam Plutko, who recorded the final two outs on Monday night.

“I didn’t know how we were going to finish the game to be 100 percent honest,” Hyde said. “I felt like we needed to try to squeeze at least three [innings] out of [Lakins] to start the game.”

Andre Scrubbs relieved Urquidy and pitched 2 2/3 scoreless innings. The Orioles took a 3-1 lead in the fifth against Ralph Garza.

With one out, Franco and Austin Wynns singled, and both moved up on a passed ball by Maldonado. With two outs, Hays singled to score both.

The Astros (48-32) tied it in the bottom of the fifth against Alexander Wells. Yordan Alvarez singled, Correa walked and both runners moved up on a fly to center by Kyle Tucker. Toro singled to center to score Alvarez and Correa.

Ramón Urias singled to start the seventh against Garza (0-2) and took second on a wild pitch. Urías took third on a fly to left and scored on an RBI single by Mullins.

“When he plays well, we have a good chance,” Hyde said of Mullins.

Wells (1-0) allowed two runs on four hits in 2 2/3 innings. He yielded to Dillon Tate in the seventh. He’s making the transition of pitching out of the bullpen.

“It’s been a little bit different,” Wells said. “Taking mental notes to know that you don’t need to throw a lot of pitches to get ready … I’m enjoying the new role.”

The Orioles scored five runs in the eighth. Anthony Santander hit his fifth homer, Franco drove in three with a double, and Hays singled to make it 9-3.

Urías and Wynns hit two-run home runs in the ninth against infielder Robel Garcia. It was Urías’ third homer and Wynns’ second.

Tate pitched 2 2/3 hitless innings and picked up his first career save. On Sunday against Toronto, he faced six batters, retiring them all, striking out five.

“I think we’ve always known that Dillon Tate has really good stuff,” Hyde said. “His numbers against right-handed hitters last year were unbelievable. This year, he got off to a little bit of a slow start, but his stuff is definitely getting better … He’s on a nice roll right now.”

Notes: If the Orioles make a move with Lakins, they have three pitchers along on the trip for the taxi squad. They’re right-handers Conner Greene, Isaac Mattson and Spenser Watkins. Mattson is the only one of the three who’s on the 40-man roster. Catcher Nick Ciuffo is also on the taxi squad. … Matt Harvey (3-9, 7.54 ERA) will face Luis Garcia (6-4, 2.83) on Wednesday. … Hyde said that Urias and Pat Valaika will get most of the time at shortstop with Freddy Galvis out because of a quadriceps injury. … Mullins is a finalist among American League outfielders for the All-Star Game. He says he hears a lot about voting before games. “It’s greatly appreciated among my family, friends and the fans, but once the game starts, it completely blanks out of my head and I concentrate on the game.”

Nothing to see here: A video went viral appeared to show Tyler Wells applying some substance to Hunter Harvey’s underarm in the bullpen on Monday night. In light of the crackdown on sticky substances, there were a number of questions about what happened.

“We’re under a microscope,” Hyde said. “We need to be aware there’s cameras everywhere. Hunter has used Icy Hot underneath his arm, his throwing arm, his armpit for nine years now. For a lot of pitchers, it’s part of what they do. He wasn’t applying it to the ball or anything like that.”

Third baseman Toby Welk continued his hot hitting with a two-run home run as Double-A Bowie beat Akron, 6-1, in a game that was delayed twice by rain and ended after seven innings.

Shortstop Jordan Westburg and leftfielder Shayne Fontana each had three hits to lead High-A Aberdeen to a 7-3 win over Brooklyn.

Designated hitter Gunnar Henderson was hitless in his only official at-bat and walked twice. Henderson is hitless in 15 at-bats, but has walked 10 times.

Centerfielder Hudson Haskin drove in four runs as Low-A Delmarva scored 10 runs in the first inning to beat Lynchburg, 13-2. It was the Shorebirds’ fifth straight win.

Haskin had a two-run homer, his fifth, and a two-run single in the first.

Call for Questions: I’ll be answering Orioles questions later this week. Please put them in the comment box below or email them to: [email protected].