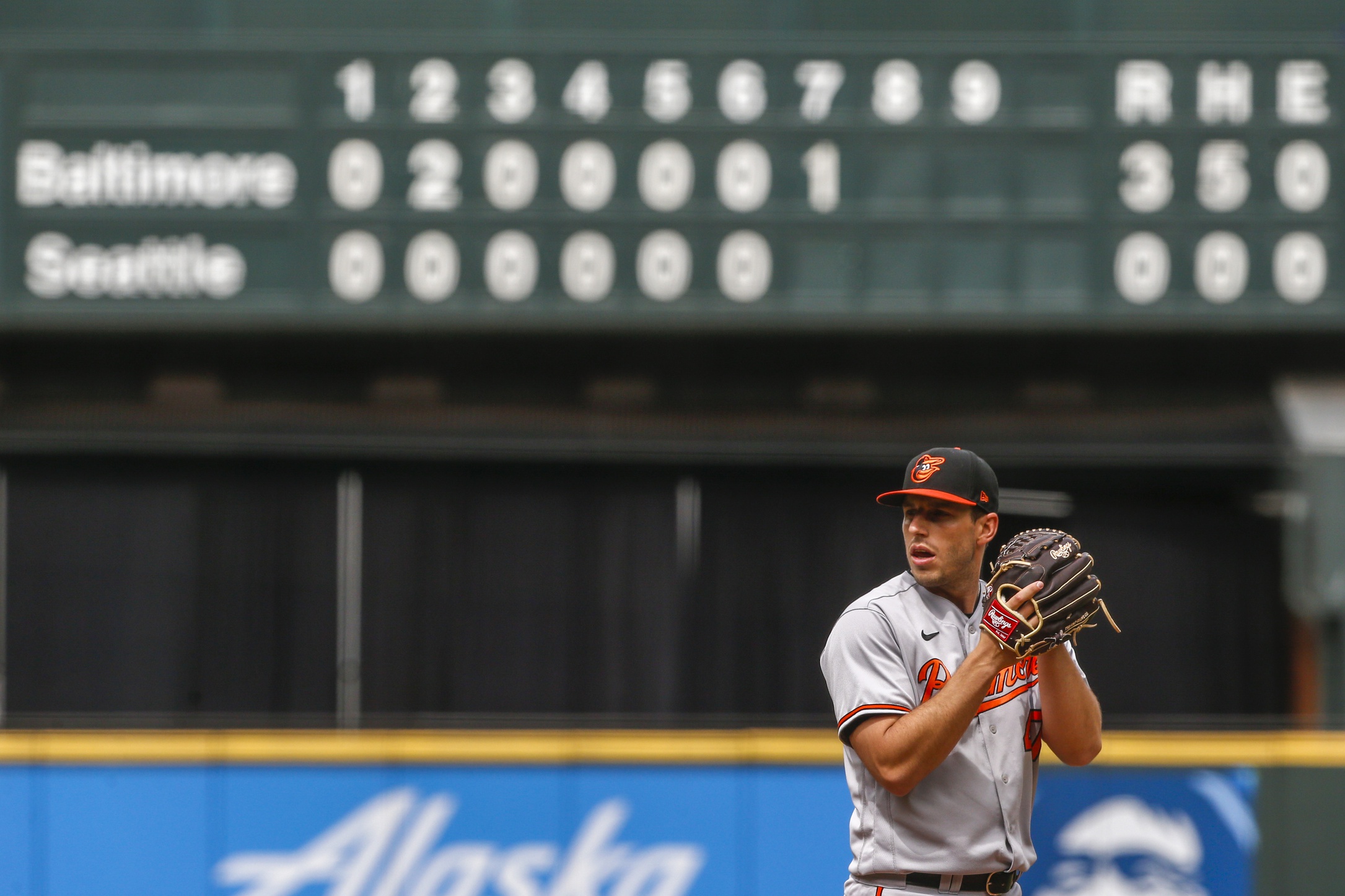 After their disappointing two games at Citi Field, the Orioles return home for a three-game weekend series with the New York Yankees. The Orioles have the worst home record in Major League Baseball, 5-13. Even after their two losses to the Mets, they’re still a respectable 11-8 away from home.

“I just think it’s really early in the year,” manager Brandon Hyde said. “ We just haven’t played very well at home, the series that we’ve had there.”

The Orioles haven’t won any of their five home series, losing two to Boston, and one to Oakland and Seattle while splitting a four-game series with New York.  They’ve played each of those teams on the road in addition to the Mets, Miami Marlins and Texas Rangers.

Yes, it’s still early in the season, but they’ve played nearly one-quarter of their home schedule and comparisons with some low points in Orioles history aren’t favorable.

The 1988 Orioles made history by losing their first 21 games. Only eight of the 21 were at home, but in their fifth home series, they pulled off a win, though it comes with an asterisk. They beat the Minnesota Twins in a one-game series marred by rain.

Three years later, in their final season at Memorial Stadium, it took the Orioles eight series before they won one. On May 27-29, 1991 the Orioles won two of three from Cleveland.

The Orioles have played good teams at home. Entering Wednesday’s games, each of their home opponents had a .500 record or better, and six of the 14 home losses came against the Red Sox, who they don’t play at home until the final week of the season in September.

Interestingly, the Orioles began the season with a three-game sweep of the Red Sox at Fenway Park.

They have yet to play an American League Central team and won’t until May 24th when they visit the Minnesota Twins.

No-hitter mania: For many, if not most, Oriole fans, last week’s masterpiece by John Means was the only no-hitter they’ve experienced.

Not counting the four-pitcher no-hitter in Oakland in 1991, Means’ no-hitter was the first for the Orioles since August 13, 1969 when Jim Palmer threw one.

I watched it on television, as everyone else did, and after I finished writing about it, I wondered if I’d ever cover a no-hitter.

I saw none of them. Nomo’s was the only no-hitter ever pitched at Oriole Park.

I’ve been incredibly fortunate to cover a number of milestones far rarer than a no-hitter: Adrian Beltre’s 3,000th hit, Manny Ramirez’s 500th home run, Randy Johnson’s 300th win, and Josh Hamilton’s four-home run game. As a fan, I also saw the first game of Cal Ripken Jr.’s streak, the games he tied and broke the streak, and the streak’s end.

I knew Means wasn’t going to pitch a second straight no-hitter on Tuesday night in New York, but I still enjoyed the possibility. The Mets’ Jeff McNeil singled on Means’ fourth pitch.

Many people I know refuse to turn off a game on television in the early innings until there’s a hit. I’m one of them. I still hope to get to cover one. Means will start Sunday against the Yankees.

In recent years, Boswell has specialized in writing on baseball after years as a beat writer on the Orioles for The Post and as a general sports columnist.

At 74, Boswell will stop writing at the end of next month, and he’ll be missed. He’s published several collections of his baseball columns, and his work from the early 1980s, when he offered insights on Jim Palmer and Earl Weaver, were classics. He also was an early devotee of sabermetrics but didn’t lose his readers in them.

Unfortunately, Washington didn’t have a baseball team for most of Boswell’s time with the Post, and he followed the Orioles closely until the Nationals came to town in 2005.

There probably isn’t another columnist who covered a sport in which his city didn’t have a team as aggressively as Boswell, and Nationals fans enjoyed his in-depth coverage of their team in recent years.