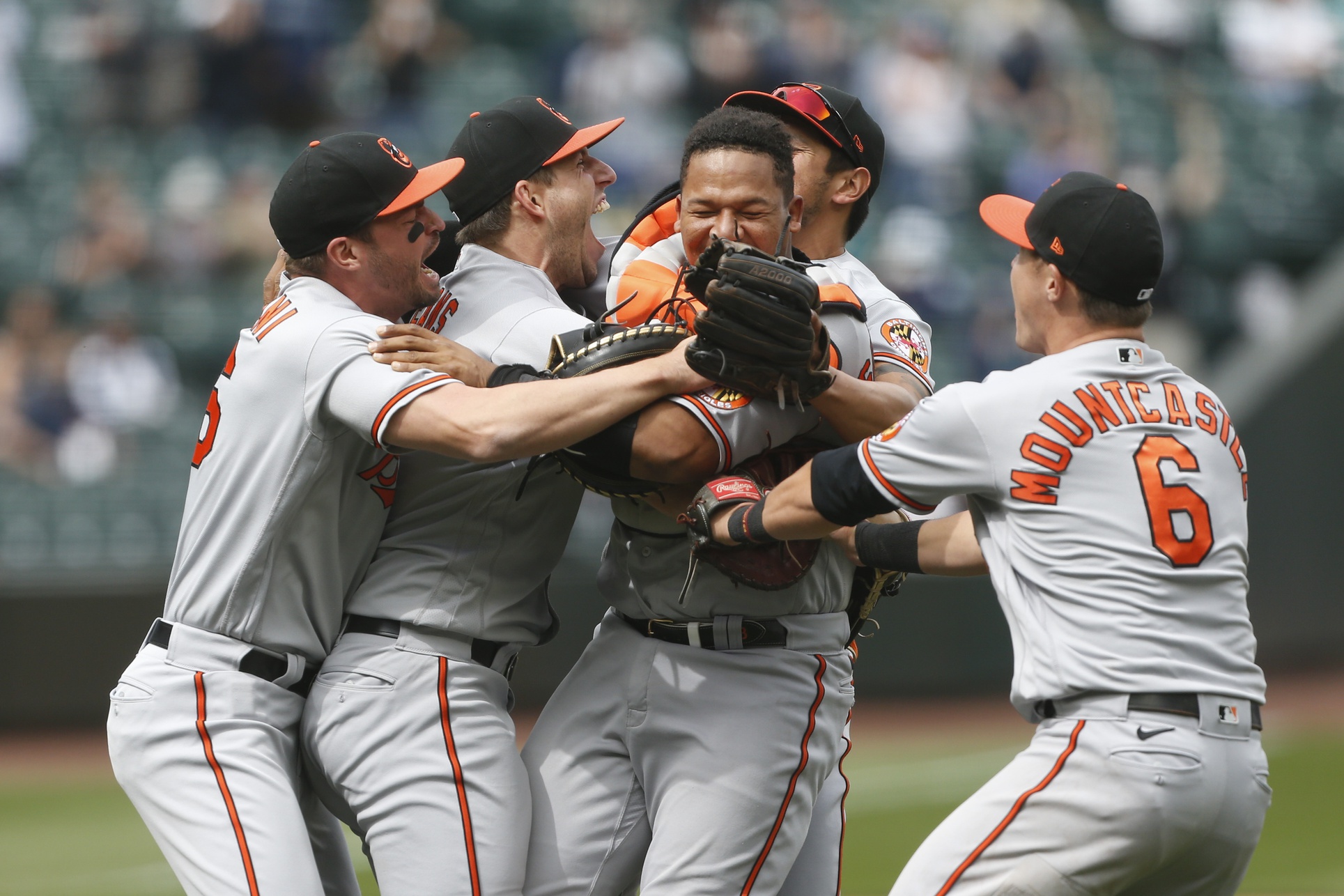 BALTIMORE—Orioles pitching coach Chris Holt has been given much credit for John Means’ development, particularly his go-to pitch, the changeup.

It led to Means’ no-hitter on Wednesday, which would have been a perfect game had catcher Pedro Severino not dropped a third strike on Seattle’s Sam Haggerty in the third inning. Severino then threw out Haggerty attempting to steal, which is why Means faced the minimum of 27 batters. Twenty-six of those received first-pitch strikes and 12 struck out.

Means has been exceptional all season — 4-0 with a 1.37 ERA after the masterpiece against the Mariners. Holt pointed the  praise at his left-hander on Friday.

“You work to give them accurate information and lead them in the right direction,” he said. “John Means is a self-made, self-motivated guy who took a little information and ran with it. He’s one of the most consistent, hard-working athletes I’ve ever encountered.”

Holt enjoyed his mastery of the Mariners.

Holt, who was in the organization,working mostly with minor league pitchers in 2019, met Means during spring training that year but isn’t sure when.

“It’s tough to remember exactly,” Holt said. “The bigger piece here is, I saw the potential in what he has available to work with, similar to discussions I have with any pitcher, and having an opportunity to meet with him, get to know him, see where he felt like he was good and working to again just take a step forward in what he has available.”

Holt isn’t one who is campaigning for dropped third strikes to be called out automatically, which would have given Means a perfect game.

“You have to accept things the way they are at the time,” Holt said. “With the evolution of the game and things perhaps changing and some rules that are being discussed, that is one of those rules that will continue to get looked at. As far as the effect of that rule on this particular outing, I think you have to really not look at that but look at the amazing performance that Johnny and Sevy put together despite anybody’s talk about a dropped third strike.

“To appreciate this outing and not to let that be a piece of the narrative is really the most important thing. Phenomenal appearance from start to finish … There was never any notion that he was protecting a no-hitter or anything like that, so to bring in the dropped third strike and make that a big piece is really not doing justice to the bigger piece of the narrative there, which is how phenomenal a performance that really was on both his and Severino’s part.

“As the game continues to evolve and rule changes come and go, that’s certainly one that’s on the table, it seems like.”

López stays in rotation: Despite his difficulty in getting through five innings, Jorge López remains in the starting rotation. He is scheduled to start Monday against Boston.

Injury updates: Rightfielder Anthony Santander, who’s on the 10-day injured because of a sprained left ankle, is improving, according to Hyde. “He’s very close starting baseball activity,” Hyde said. “He’s walking, he’s jogging now. He’s really close from a baseball standpoint. Once he gets started there, it’s about getting at-bats and getting in game shape. Hopefully, he’s a week or two weeks away.”

Right-handed relief pitcher Mac Sceroler, a Rule 5 pick who’s on the 10-day injury list because of tendinitis in his right shoulder, was scheduled for a side session on Friday.

Saturday starter still TBA: Hyde hasn’t named a starter for Saturday and said because of the uncertain forecast for Friday night, he would wait on a decision.