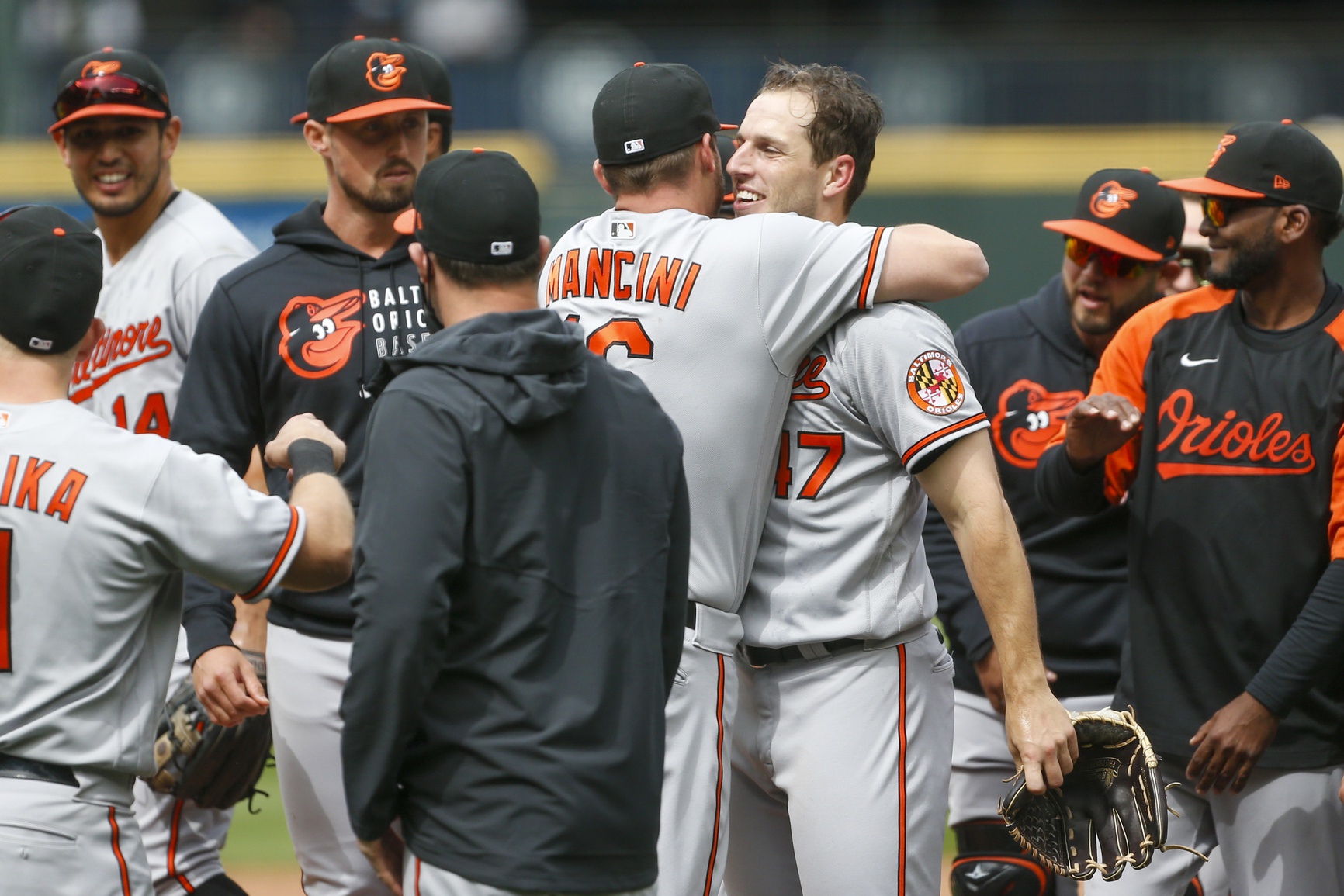 When I left Baltimore to go to Philadelphia in September of 1983, the Orioles mattered. They were on their way to their third World Series championship and their sixth Series appearance since 1966. As it turned out, they would play the Phillies that year and when I showed up one night for work in an Orioles T-shirt, I was told some people in the building might not appreciate it.

If that happened today, people might simply shrug. The Orioles have turned passion into indifference.

However, on Wednesday, the Orioles mattered again. One Baltimore Sun headline said it well — By All Means.

Oriole starter John Means pitched a no-hitter that was as close to perfection as one can get. He faced 27 batters, the minimum, and threw first-pitch strikes to 26 of them. The only baserunner reached when catcher Pedro Severino couldn’t stop a low breaking ball on a strikeout. Severino then threw out the runner trying to steal second.

The MLB Network kept flashing no-hitter alert across the screen. Analyst Bill Ripken would talk about the shared no-hitter in 1991, and the network showed a clip of him making a play at second in that game. They also showed the final out on a wicked curveball by Gregg Olson, the fourth pitcher used that day, following Bob Milacki, Mike Flanagan and Mark Williamson.

Later, former Orioles manager Buck Showalter would talk about Means’ strong physical base, and how he’s been able to put everything together, including a changeup that is among the game’s best.

This morning, a reader of BaltimoreBaseball.com shared that Chris Russo, the host of the network’s High Heat, interviewed Means and asked if he “knew the history of the Orioles’ great pitching of past teams. Means said he did and praised Scott McGregor for helping him. Russo went on to say how much the Orioles have improved with players like [Cedric] Mullins and others. Nice segment.”

For a day or two, at least, the Orioles are back in the national conversation, and there’s something uplifting about that. Means is the reason for it, and his background — an 11th-round pick overlooked at every level who thought of quitting — makes for an even a better story.

The feel-good story is felt best here. It’s where fans have watched one of baseball’s best franchises become one of its worst, one that lost 115 games in 2018, the first year that Means pitched for the Orioles. In 2019, when the 28-year-old left-hander made the All-Star team, it lost 108.

By then, a rebuild was put in place by general manager Mike Elias, and the national talk was about whether the Orioles were tanking to ensure high draft picks. What was indisputable was that they were bad, and hard to watch.

On Wednesday, there was joy in Baltimore, and it was shared by others throughout baseball. Means has been a rising star since last September and has been dominant this season. As The Athletic’s Brittany Ghiroli wrote, he might be one of the game’s rare aces.

He’s a player, and a person, Baltimore can take pride in. He praised Severino after the game when others were ready to blame him for costing Means a perfect game. He said he couldn’t care less about that, and that he simply loves the game.

It showed in his smile when the last out settled into the glove of shortstop Ramón Urías. Means said he knew his dad, Alan, who died last August of pancreatic cancer, was watching.

On Wednesday, the baseball world was watching. They were talking about the Orioles again. It didn’t quite match the beauty of a John Means changeup, but it was a nice change.

Jack Gibbons spent 46 years in sports journalism, including a chunk of that time as sports editor of The Baltimore Sun. Now retired from full-time work, Jack serves as the lead editor and writer for BaltimoreBaseball.com’s Calling the Pen, a periodic feature that highlights baseball essays written by the community. If you would like to contribute to Calling the Pen, send a 750-1,200-word, original piece via email to [email protected] for consideration.