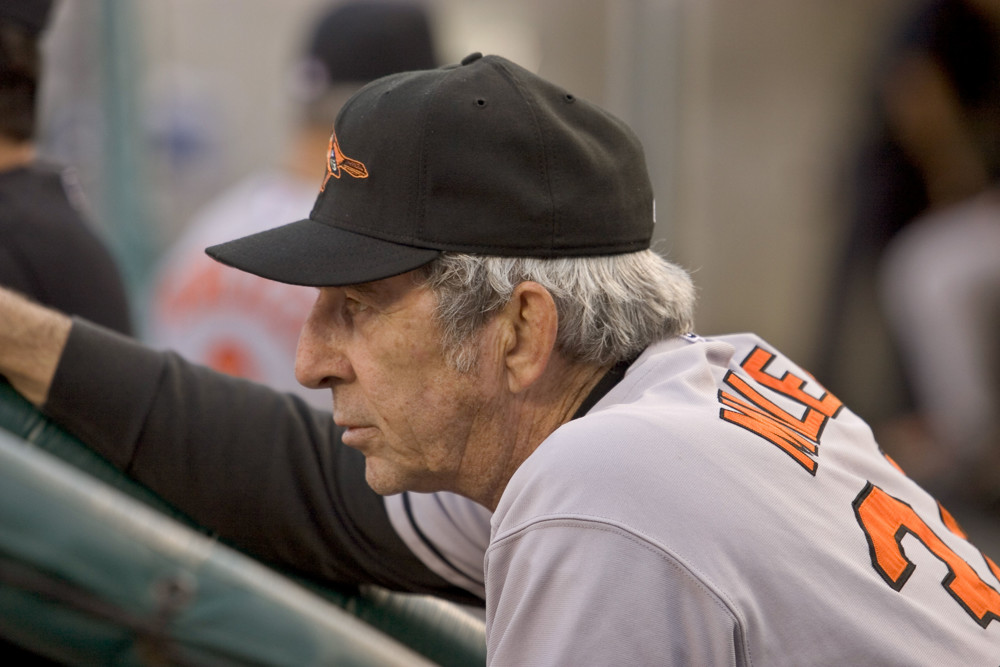 Ray Miller, the former manager of the Orioles and before that a successful pitching coach, died on Tuesday at 76.

Miller managed the Orioles in 1998 and 1999, succeeding Davey Johnson. Miller had a record of 157-167. He had served as Johnson’s pitching coach in 1997, and the team made it to the American League Championship Series, losing to Cleveland.

After the 1997 season, Johnson resigned in a contract dispute, and Miller was chosen to replace him.

He had a difficult time as Orioles manager. The team, which had made the playoffs in 1996 and 1997 under Johnson, aged and didn’t contend. Miller was the manager when Cal Ripken Jr. decided to end his consecutive games streak at 2,632 on September 20, 1998.

Miller, who was born in Takoma Park, Maryland and was a longtime resident of Athens, Ohio, pitched professionally from 1964-1973 but never reached the majors. From 1971-1973, Miller pitched for the Orioles’ Triple-A Rochester team.

He was elected to the Orioles Hall of Fame in 2010.

“I want to send my condolences to the Miller family,” Orioles manager Brandon Hyde said. “He was an Orioles Hall of Famer and a great man in baseball. I wanted to give my best wishes to his family.”

In a statement, the Orioles said Miller’s “legacy will be forever enshrined in our organization’s history, having guided some of the greatest Orioles pitchers, including Jim Palmer, Mike Flanagan, Scott McGregor, Steve Stone and Mike Boddicker.”