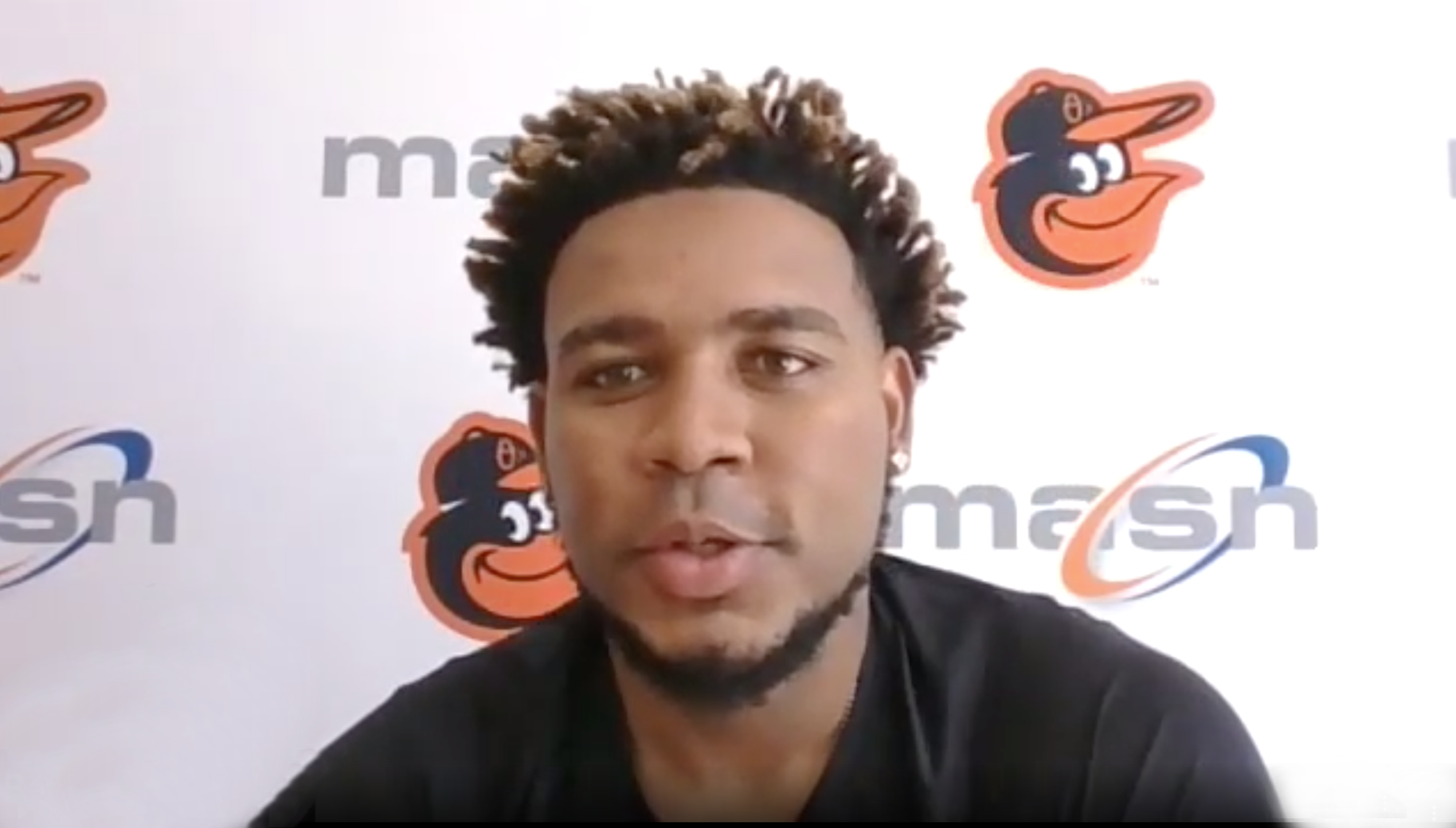 Orioles manager Brandon Hyde said that veteran pitcher Félix Hernández, who left Tuesday’s game against Tampa Bay after one inning because of what the team described as discomfort in his right elbow, is being monitored by the club.

“Still has a little bit [of discomfort],” Hyde said on Wednesday afternoon. “We’re just treating him today. He was in the training room getting treatment on his elbow this afternoon.”

Hernández retired all three Rays hitters, striking out two. But Hyde didn’t like the 34-year-old right-hander’s body language and didn’t send him back out for the second inning.

Hyde wouldn’t guess on the severity of the injury.

“It’s an elbow, and it’s just bothering him a little bit right now,” Hyde said. “He’s just got discomfort. We just treated it. I don’t know the timetable on him. I think they’re going to re-evaluate every day.”

There are no plans for Hernández to get an MRI, Hyde said.

Franco joins team: Hyde said that third baseman Maikel Franco, who signed a one-year contract, was taking batting practice on the back fields of the Ed Smith Stadium complex in Sarasota, Florida. Franco signed for a salary of $800,000 with $200,000 in bonuses and an additional payment if he’s traded, according to MLB Network’s Jon Heyan.

Franco and the Orioles agreed that he could be optioned to the team’s alternate site in Bowie if he’s not ready for the season opener on April 1st.

Franco, 28, said he thought he could prepare quickly. “Not that long,” Franco said. “I never stop working out. I do my stuff. I do my workout. I take groundballs, I do my gym. I do my swing. I take [batting practice] and do my routine and do everything I’ve got to do to get better this year.

“I think it’s not going to be that long. At the end of the day, I’ve just got to see pitching a little bit more.”

From 2014-2017, Franco and shortstop Freddy Galvis played together for the Philadelphia Phillies.

“I know Freddy Galvis very well,” Franco said. “It makes me a little bit more confident here … I’ve got a got relationship with Freddy, and it’s going to be fun.”

Franco was not offered a contract by the Phillies in December 2019. By the end of the month, he had a new deal with Kansas City. The Royals didn’t offer him a contract last December, but the free-agent process was tougher this year.

“Yes, man, this year was the most difficult year in free agency,” Franco said. “It’s business. It’s what it is. I signed with the Orioles, and now I’m here. I’m just coming in to do everything that I can do to help my team to win and get better.”

Franco said he joined the Orioles because “they gave me an opportunity to play, to show my talent. At the end of the day, that’s what I’m looking for, try to come in and play as [many] games as I can.

“That’s the first priority. I know the Orioles are going to be pretty good to me.”

“When I came to the Phillies, I was 23, 24 years old,” Franco said. “It was difficult. Now, I know this game better. I’m coming in, showing a lot of energy, working out the right way.”

“I try to get more focused. Concentrate more and be more patient. It’s about that,” Franco said. “My offense is getting better and better every year. I just want to continue to do that.”

Franco said his English is also better. The Orioles furnished their translator, Ramón Alarcon, to assist Franco, with the interview, but he was asked to translate only one phrase.

“I always try to be a good teammate, a good friend,” he said. “That’s all that matters.”

Game time changes: For the second season in a row, the Orioles have abandoned a plan to begin early- and late-season weeknight home games at 6:35 p.m.

Last season, the April and May plans were scrapped because of the pandemic, and all night games began at 7:35, including those in September.

This year, the team had scheduled April, May and September games on Monday-Thursday nights at 6:35. However, all night games will begin at 7:05.