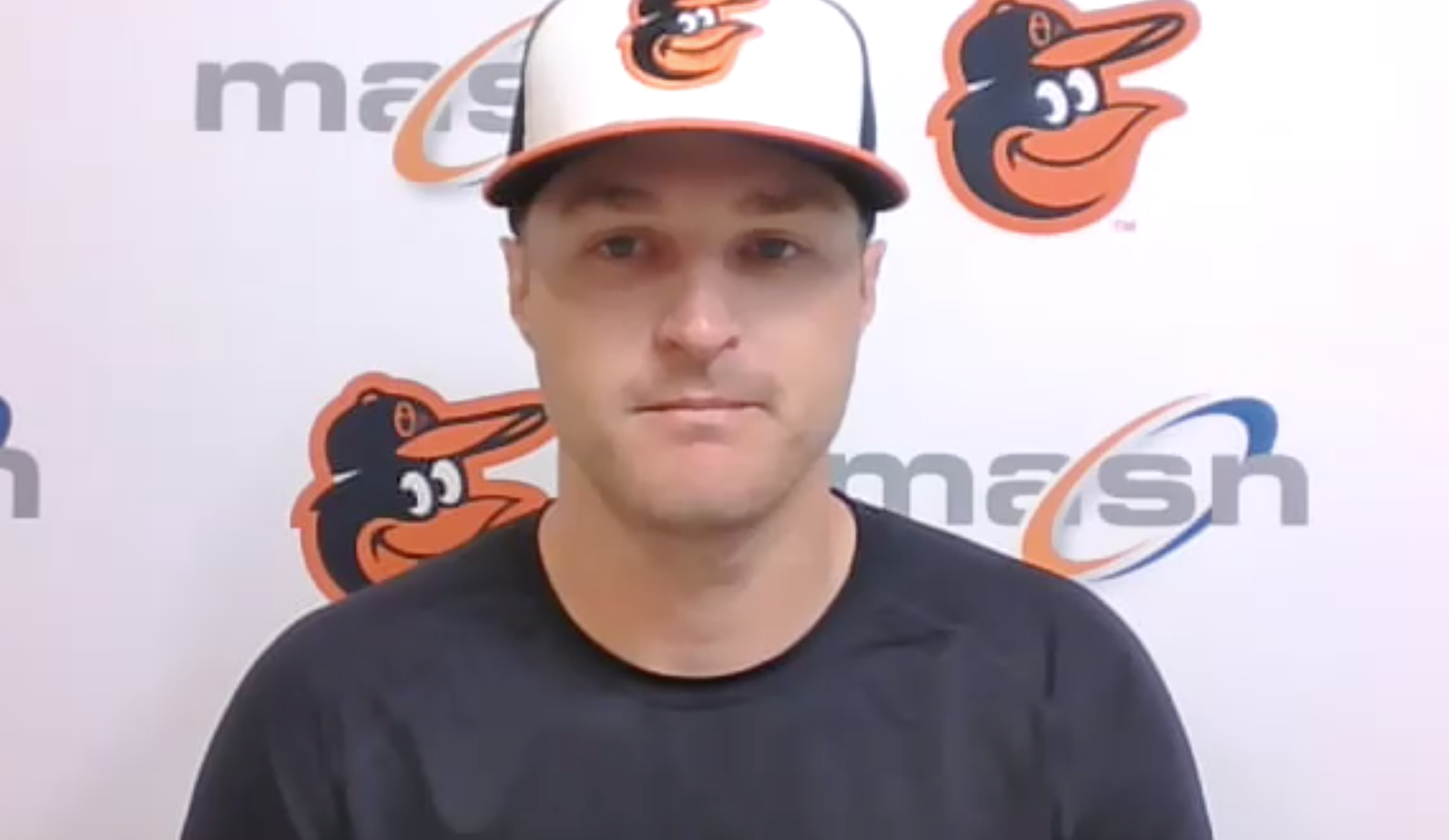 “It was a special moment,” Tyler said in a video conference call on Wednesday morning. “We had a similar one in 2017 when he was with the Giants, and I was still with the Rockies. I was a lower-level minor league guy, and it was a courtesy to get called up.”

Nevin was traded from Colorado to the Orioles in the deal for reliever Mychal Givens last August.

“Now that I’m in big league camp and to have that, that was pretty cool. We were just saying: ‘Hey. You getting in there today? Yeah, I think so. See you out there.’”

Phil Nevin was the overall No. 1 draft pick in 1992 by Houston and had a solid 12-year major league career with seven teams.

“I was around all the time, any time I could be,” Tyler Nevin said.

“Every day during the summer and every weekend during the school year, we were trying to get to a game,” he said. “I just loved being out there, watching it, up close and personal. If they would win, I would get to go to the clubhouse after, just hang around, hit Wiffle balls in the clubhouse or run around the outfield.

“It’s just been part of my life since the beginning, and I’m very fortunate for that.”

Phil Nevin prepared his son for the majors.

“I haven’t come to a situation where I didn’t know what to expect,” Tyler said. “I could always go to him … Having him to go to as a dad, but also as a mentor, has been a huge factor in my career.”

Nevin, who plays first and third base and was the 38th pick in the 2015 draft by Colorado, is realistic about the business.

“It’s always something that’s talked about in the clubhouse as the deadline comes by,” Nevin said. “If you’re on a team that might be trying to make a move, and you’re getting closer to the big leagues … you never really know. It [the trade] was weird, but it was exciting. It’s a new chance, a new opportunity to make a name for yourself and help a new team win.”

Altobelli dies at 88: Joe Altobelli, who succeeded Earl Weaver as manager in 1983 and led the Orioles to their third and most recent World Series title, died on Wednesday at 88. Altobelli managed the Orioles from 1983-1985.

“The Orioles are saddened to learn of the passing of former manager Joe Altobelli, who led Baltimore to a World Championship in 1983, his first season at the helm,” the team said in a statement posted to Twitter.  “A tremendous leader, Altobelli’s compassion, skill, and baseball expertise contributed to the Hall of Fame careers of Eddie Murray, Jim Palmer, and Cal Ripken Jr. We send our sympathies to Altobelli’s family and many friends throughout the game.”

He was also a player in the Orioles’ minor league system from 1963-1965 and managed in the organization from 1966-1976. He managed Triple-A Rochester from 1971-1976 and later served as the Red Wings’ general manager and a broadcaster. He was called Rochester’s “Mr. Baseball.”

“On behalf of the Altobelli family, the Rochester Red Wings announce with a heavy heart that Joe Altobelli has passed away this morning from natural causes at the age of 88,” the Red Wings said on Twitter.

Minor league staffs: The minor league season is still two months away, with Tuesday’s news that Triple-A will be delayed by a month.

Gary Kendall, who is in his 22nd season in the organization, will return to Triple-A Norfolk as the Tides’ manager for the third season.

Buck Britton will be manager the Double-A Bowie Baysox for the third season. Kyle Moore, who managed Aberdeen in 2018, will be the IronBirds’ manager in their first season as a High-A affiliate. Moore managed Delmarva in 2019, and was supposed to manage Frederick in 2020.

Dave Anderson, who is in his seventh season in the Orioles’ organization, will manage Delmarva.

Kendall’s pitching coach will be Kennie Steenstra, who’s in his 17th season in the organization. Tim Gibbons will be the hitting coach, and Ramon Sambo will coach fundamentals. Malcolm Holland will be the development coach, and Tim Poole will be the trainer. Trey Wiedman will be the strength and conditioning coach.

Britton’s pitching coach will be Justin Ramsey, who worked with Moore with the Shorebirds in 2019. The Baysox’s hitting, fundamentals and development coaches will be Ryan Fuller, Jeff Kunkel and Grant Anders. Marty Brinker will be the trainer. and Jon Medici will be the strength and conditioning coach.

Josh Conway will be Aberdeen’s pitching coach, Tom Eller, Tim DeJohn and Ryan Goll will be the IronBird’s hitting, fundamentals and development coaches. Adam Sparks will be the trainer.

The Shorebirds’ pitching coach will be Robbie Aviles. Delmarva’s other coaches will be Patrick Jones (hitting), Matt Packer (fundamentals) and David Barry (development). Gary Smith will be the trainer, and Liz Pardo will be the strength and conditioning coach.

Call for Questions: I’ll be answering Orioles questions early next week. You can leave them in the comments below or email them to: [email protected].