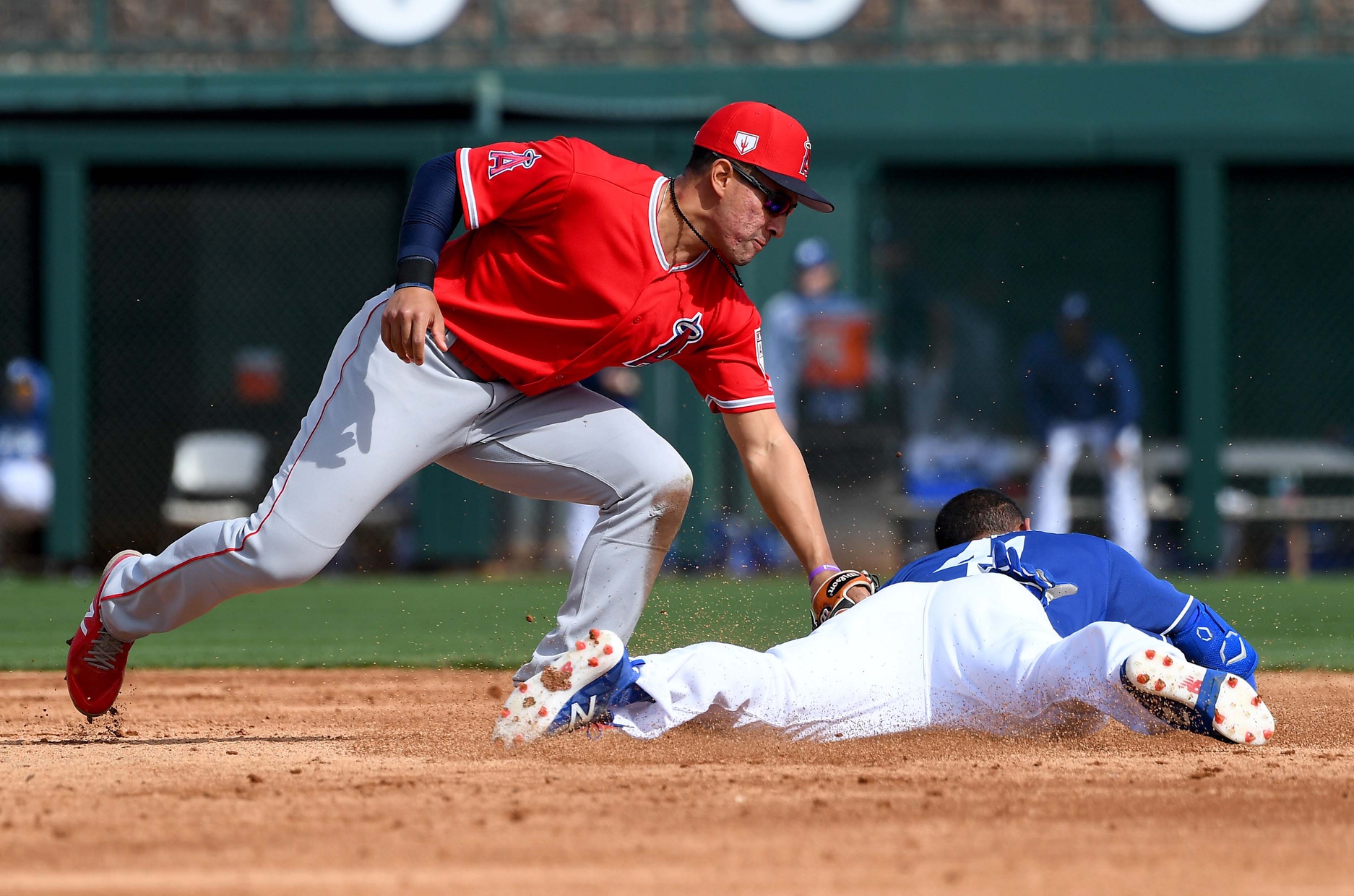 The Orioles’ newest acquisition, Jahmai Jones, plays multiple positions, which is fitting because as a youngster, he played multiple sports.

Jones, one of six children, played football, basketball and baseball as a youngster. He chose baseball, although he comes from a strong football family.

His father, André, attended DeMatha, in Hyattsville, and then Notre Dame. He was drafted by the Steelers and played one season as a linebacker for the Detroit Lions. He died in 2011 of a brain aneurysm.

His older brother, T.J., also went to Notre Dame and played five seasons for the Lions as a wide receiver and one with the New York Giants. Another brother, Malachi, attended Appalachian State and is a wideout with the Canadian Football League’s Montreal Alouettes.

Football ran in the family , but the younger brother wasn’t sure it was for him.

“We were traveling to several different parks on the weekend for baseball and then spending Friday nights at a high school watching football games,” Jones said Wednesday on a video conference call from Sarasota, Florida.

Later, there were trips to watch T.J. and Malachi play.

“I really think it helped me figure out who I wanted to be as a person,” Jones said. “Being immersed in a football environment for so long, for having a father that played in college, played in the NFL, he definitely had a very big football influence in our household. We gravitated towards that sport because that’s what we were in the majority of the time.”

In high school, Jahmai decided he didn’t want to be the third Jones brother to play college football and concentrated on baseball.

“I loved football,” Jones said. “I loved being around it. I loved the environment. The adrenaline that you get playing is completely different than the adrenaline you get on the baseball side, but I felt like if I played football, I would constantly be compared to my brothers.

“I felt like my identity would get lost in the mix, just being compared … I didn’t want that for myself. I wanted to make my own identity in this world, and I knew that not everybody outside of my family and my inner circle would be on board with it. Everybody’s expecting me to play football. Everyone’s expecting me to do what the family did.”

Jones was the Angels’ second-round pick in 2015.

“I absolutely loved it,” he said about baseball. “I knew there was a difference because I loved going to baseball practice. That was where I got the most stress release from. If I ever felt stress from something … I wanted do something  baseball-related. I wanted to go hit. I wanted to go take ground balls, just be around the game.”

Except for part of the 2018 season, when he was with Double-A Mobile of the Southern League, Jones’ professional career has been far away from his family. When he found out he’d been traded from the Los Angeles Angels in the deal for starter Alex Cobb earlier this month, Jones became excited.

The trip to spring training was from Georgia to Sarasota. The deal surprised him, but it also energized him.

“After I got over the initial shock factor of the phone call, I was really excited,” Jones said. “I definitely knew that this organization wanted guys that were young, hungry players, wanted players that could develop into great players, and I definitely think I’m a great fit in this organization. The team around me has been great. The staff has been great, and I’ve loved every minute of it so far.”

Jones was converted from the outfield to second base in 2018 and played his first three major league games with the Angels last season. He’s hoping for many more and doesn’t care where he plays.

“I think that at some point, I will go back and forth between the outfield and the infield,” Jones said. “I feel comfortable at second base, and if that’s where they see my role, I love it, and I’m excited for it, and I’m definitely looking forward to it.”

Playing in the American League East will mean closer trips for the family. Jones is looking forward to getting their support as a baseball player.

“My entire family understood,” Jones said. “My entire family agreed. They were waiting for me to stop playing football … They all knew I wanted to play baseball. I had all their support and that was all I really needed and, ultimately, made the decision … Thankfully here I am. I think it paid off.”