Mickey Jannis thinks he can be the next Orioles' knuckleballer - BaltimoreBaseball.com 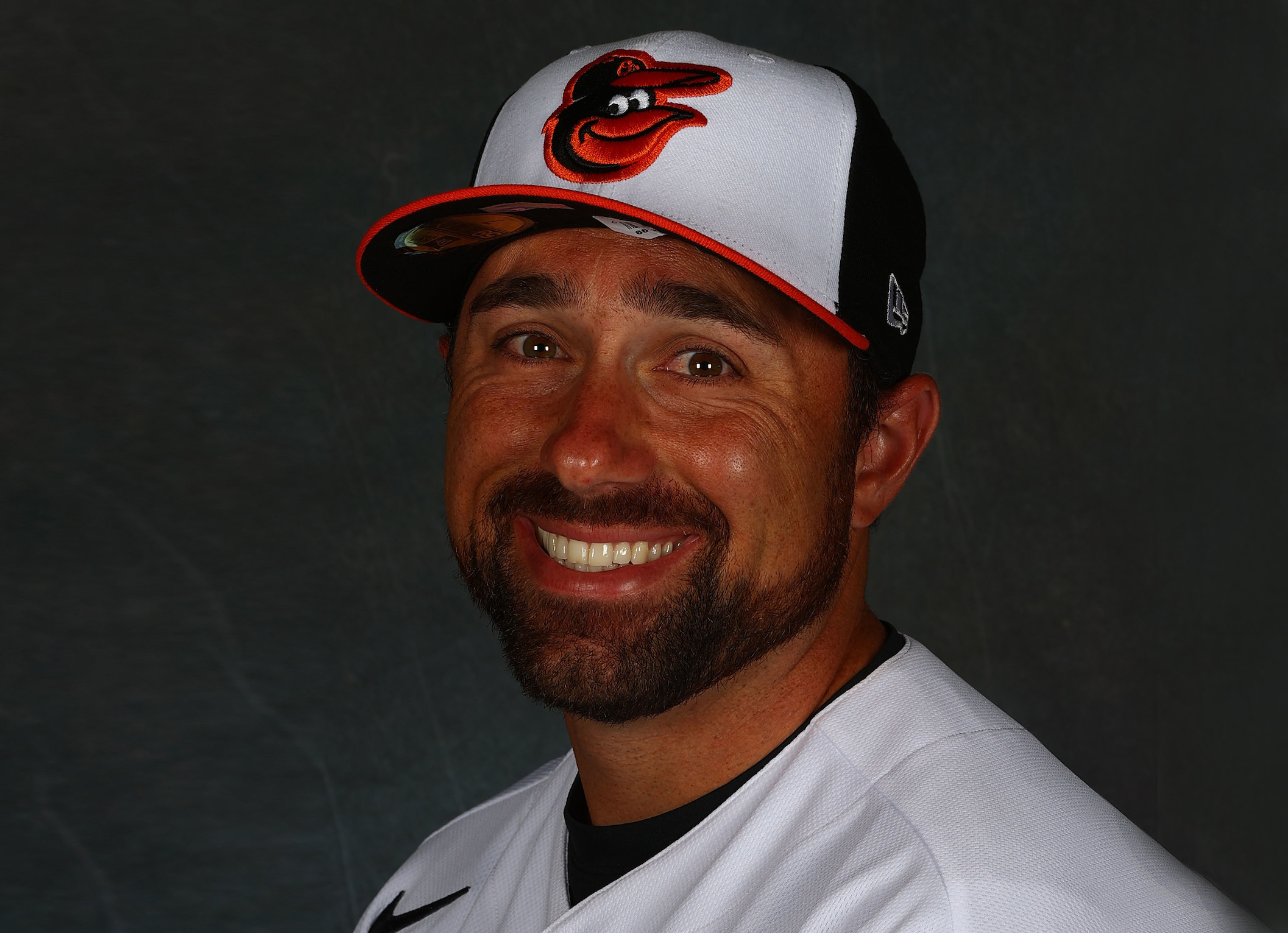 Mickey Jannis was drafted in the 44th round, a round that hasn’t existed in the major league draft for nine years. Now, at the age of 33, he’s trying to pitch in the big leagues for the first time, throwing a pitch that’s basically extinct.

His professional baseball story began in 2010 when the Tampa Bay Rays picked him and then sent him away after two seasons.

Jannis, a 5-foot-9 right-hander, got by in his first two years in pro ball by throwing sinkers and sliders that ranged from 88-92 mph. He then found himself in the backwaters of independent ball.

Playing for the Lake Erie Crushers in Avon, Ohio, a Cleveland suburb, Jannis felt free to experiment. He’d always fooled around with a knuckleball, but his previous pitching coaches had discouraged him from throwing it.

“If you throw a knuckleball, that’s all you’re going to do,” Jannis said they told him. With little to lose, Jannis decided the knuckler was his destiny.

“When I got released, I wanted to stand out from the crowd,” Jannis said. “I wanted to do something different from anybody else. I thought that was a good time to start throwing the knuckleball or showcasing it, show that I had it in my back pocket my whole career playing baseball since I was young. I always knew I had a good one. I thought that was a good chance to take a time on it.”

Jannis didn’t think he’d need the knuckleball when he was with the Rays’ organization, but the release changed his mind. “I’ve got to do something different,” he said.

Jannis’ knuckleball odyssey took him to Australia, where coaches unfamiliar with his relatively hard butterfly pitch allowed him the latitude to the throw it.

Two more years in independent ball followed, and Jannis considered trying to find something else to do, but then the New York Mets signed him for the 2015 season.

Three years before, when Jannis was first learning the pitch, the Mets had great success with R.A. Dickey, who won the Cy Young Award by throwing the knuckler harder than others had in the past.

“When they first see me throw it, I throw it pretty hard,” Jannis said. “I was getting it up in the low 80s in 2019. They see me throw it, and they’re like, ‘You throw it pretty hard. You don’t just lob it in there at 65 mph’ because that’s what people expect a knuckleball to look like, and I think R.A. Dickey really changed the way people viewed that pitch as this ball that floats up there and moves, and that’s it. He started throwing it into the 80s.”

In the midst of two successful seasons in Double-A Binghamton, Jannis got four starts in 2018 and 2019 in Triple-A, and lost all of them with a horrible 18.41 ERA.

After the 2019 season, Jannis signed with the Orioles as a minor league free agent and got to throw some bullpen sessions as an extra arm in Grapefruit League games.

He quickly re-signed with the Orioles after losing the minor league season to the pandemic because he felt they were interested in him.

“I feel like the Orioles were the first organization that tried to learn about the knuckleball with me,” he said.

“Hey, how do you throw it?” Jannis said they asked. “What do you do with it when you’re ahead in the count or behind in the count?’ Instead of, “Oh, you’re a knuckleball pitcher, you go over there and throw. [With other teams], they watch you throw your bullpen, and it’s like, ‘bring the next guy in so I can actually help somebody.’”

There wasn’t a knuckleball pitcher in the major leagues in 2020, and the only knuckleballs thrown were by three position players, including the Orioles’ third-string catcher ,Bryan Holaday.

Steven Wright, who last pitched for Boston in 2019, and Dickey were the pitchers Jannis patterned himself after.

It’s not only hard finding coaches who can teach the knuckleball, it’s difficult finding someone to catch Jannis in the offseason.

Over the years, he’d had good advice from Charlie Hough, who spent 25 years in the major leagues and threw his final knuckleball for Texas in 1994 at age 46. Arizona Diamondbacks broadcaster Tom Candiotti has mentored him, too. Candiotti threw the knuckler until he was 41.

If Jannis wants to do that, he’ll need to find a good catcher.

“Playing catch is probably the toughest part because I do throw the knuckleball,” he said. “When I play long toss, I still throw my fastball for arm strength. “When I work my way in is when I start throwing the knuckleball, and that’s when guys are like, ‘I don’t want to play catch with you anymore.’

“Guys usually like catching me in the game. They just don’t want to deal with me in the bullpen.”

Over the years, he’s had coaches who tried to make him into a clone of Dickey, and that didn’t work.

“I think it’s just finding an organization that believes in it because it’s not everybody’s cup of tea,” Jannis said. “There are some coaches who are like, ‘the knuckleball, I don’t want anything to do with that.’ One coach I had said, ‘If you want to throw a knuckleball, you can go home and throw it.’”

Last month’s death of Hall of Famer Phil Niekro, the winningest knuckleball pitcher of all-time, meant another authority on the strange pitch was gone.

Niekro briefly coached Eddie Gamboa, who tried to make the Orioles in 2013. Gamboa frustrated manager Buck Showalter because he wouldn’t throw the knuckleball enough. When he managed the Texas Rangers, Showalter insisted that Dickey, who was floundering in the majors, learn the knuckleball or be released.

There aren’t many in baseball who care about the knuckleball, but the Orioles have some history.

Hoyt Wilhelm pitched five seasons with the Orioles from 1958-1962 with a 2.42 ERA, making three All-Star teams and pitching a no-hitter.

The Orioles last had a knuckleball pitcher in 1990 when Daniel Boone, who hadn’t pitched in the majors since 1982, pitched in four late-season games.

Jannis is hoping he can be next.

“It’s just so hard to develop the pitch and gain trust in it,” he said. “Most of our careers are later, what would probably be after the prime of a regular pitcher. It’s just hard to develop a guy for so long to get good enough where [you say], ‘Let him throw it.’

“It’s hard for managers, general managers, owners, whatever to believe in the pitch. You can go out and give up one hit one game, nobody will make solid contact and then the next day  you have the exact same knuckleball, and guys are hitting it off the wall like it’s no big deal. It’s so unpredictable it’s so hard for people to believe in it.”

Call for questions: If you have questions about the 2021 Orioles, I’ll be answering some next week. Please leave your questions in the comment section below or email them to: [email protected].